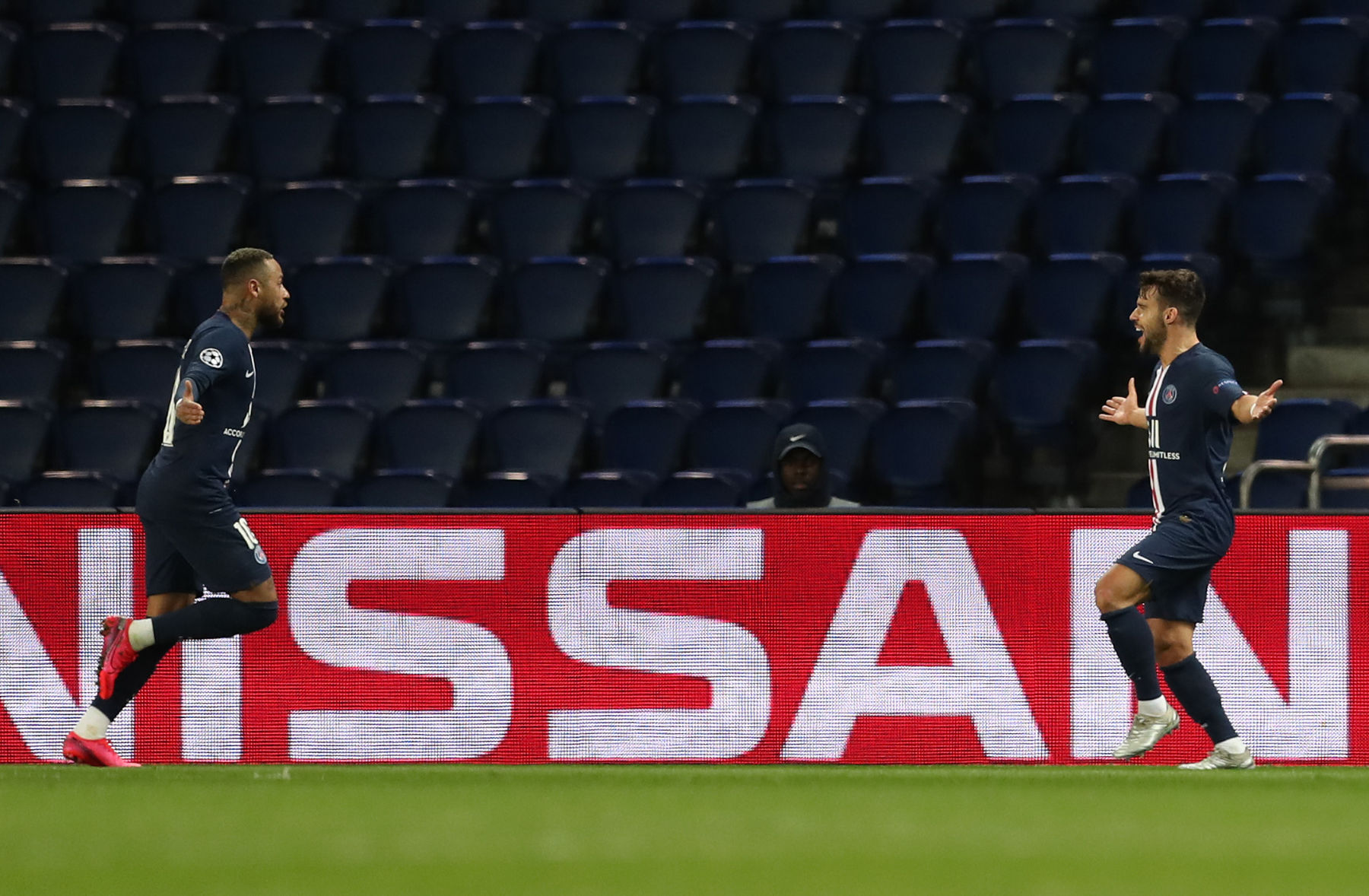 In stoppage time right before halftime, Juan Bernat scored a goal to give Paris Saint-Germain the 2-0 lead over Borussia Dortmund.

Neymar Jr.’s header in the 28th minute gave PSG the early lead in the game and it was his pass to Angel Di Maria that ultimately led to PSG’s second score of the night. The Argentine found Pablo Sarabia in space on the wing and then Bernat in front of goal and he scored off a simple toe-poke. The goal now gives Les Parisiens a 3-2 advantage on aggregate.

The opening 45 minutes went about as perfect for PSG as possible considering Kylian Mbappé started on the bench due to an illness he is still recovering from.

We’ve seen this club throw away leads in the UEFA Champions League before and Dortmund can be absolutely deadly in attack with Erling Haaland and Jadon Sancho.

Hopefully, PSG can hold onto this advantage and advance to the quarter-finals of the tournament for the first time since 2015-16.