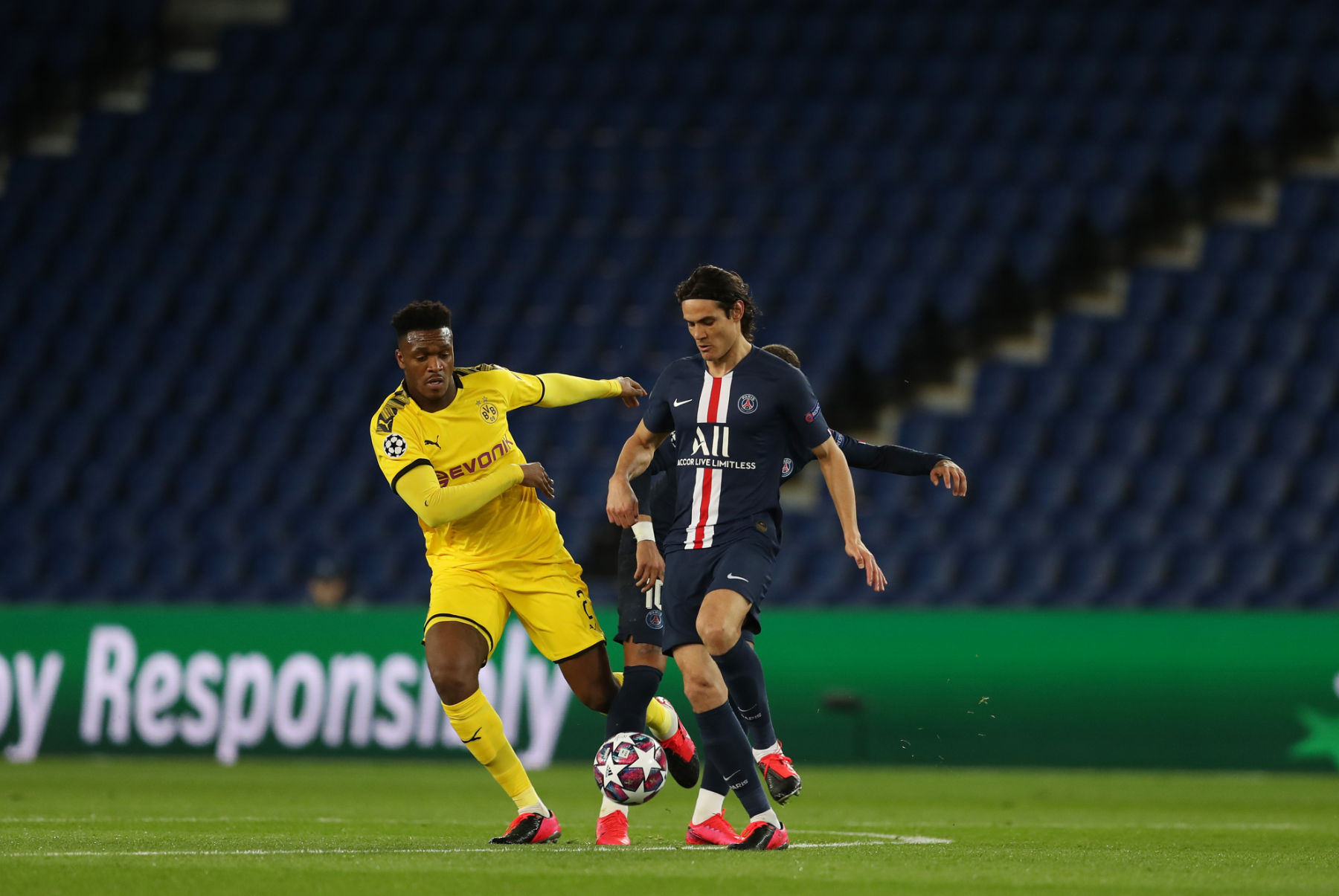 After Paris Saint-Germain’s 2-0 win over Borussia Dortmund to reach the quarter-finals of the now-suspended UEFA Champions League, members of the media and non-PSG fans didn’t focus on the club’s outstanding performance on social media, instead, they criticized the post-match celebrations.

After the final whistle, images of Neymar Jr. and several of his teammates mocking Dortmund forward Erling Haaland were posted by the club’s official social media accounts as well as some of the players on their verified accounts.

We learned later that PSG players took offense to the social media posts from Haaland, his teammates, and Dortmund’s official account. Presnel Kimpembe even credited Dortmund’s lack of humility after they won the first leg for giving PSG a bit of a boost heading into the rematch.

You’ll notice in the images above that there is one PSG player missing. Edinson Cavani.

El Matador is conspicuously absent from the celebrations and it’s difficult to come up with a reason why other than he didn’t want to be photographed mocking a 19-year-old. Maybe there’s a code amongst strikers to not mock each other.

I don’t think it had anything to do with Cavani thinking he’s better than any of his teammates or that he thought they were wrong in what they were doing. Perhaps he didn’t see the viral social media post (that might be fake) of Haaland saying that Paris is his city. Say what you will about Cavani but he is a fantastic teammate and I don’t think he would leave them hanging out to dry like that.

Hopefully, this story will fade away in the coming days and the Champions League will resume soon. Rest assured though, if PSG loses in the next stage this celebration will be used to taunt the capital club.

Video: Top Moments from Neymar’s Performance for Brazil Against Colombia
11 October 2021, 5:00
Follow Us