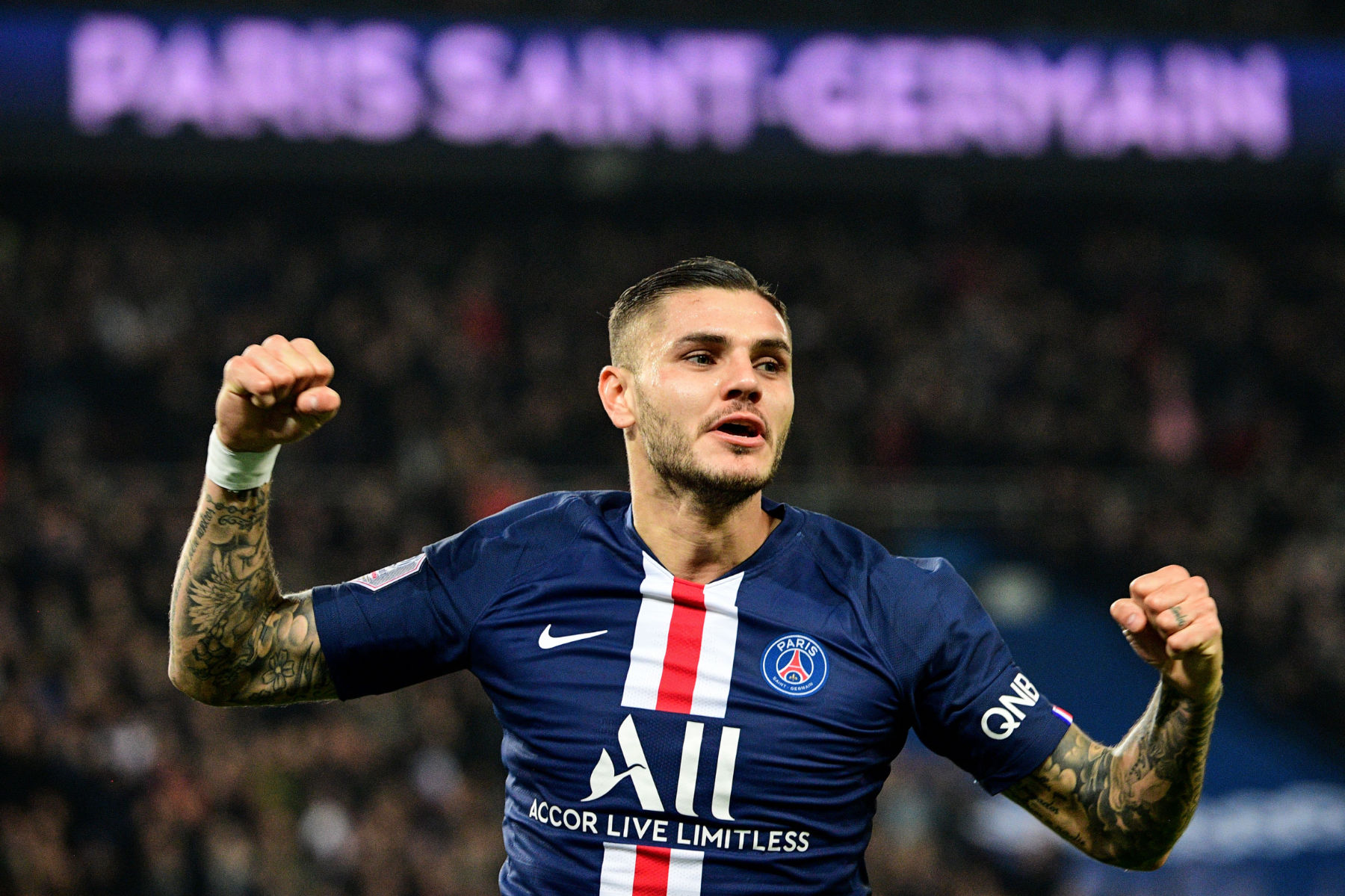 PSG Mercato
Report: Icardi Can’t Block PSG From Signing Him Permanently at the End of His Loan From Inter Milan
By Ed - 19 March 2020, 6:22

Last December, it seemed to be a forgone conclusion that Mauro Icardi would eventually become a permanent Paris Saint-Germain player. Fast-forward a few months and now, I’m not so sure.

The prolific striker arrived at PSG last summer via a loan from Inter Milan and the deal included an option to buy for approximately €70 million. Through the first half of the season, that figure seemed like a bargain.

Through the group stage of the UEFA Champions League, Icardi scored five goals in six games and scored another nine goals in Ligue 1 before the winter break.

The 2020 calendar year hasn’t been as kind to the Argentine. Icardi was left on the bench for PSG’s Champions League tie against Borussia Dortmund and only has three goals through nine Ligue 1 appearances. The only bright spot coming against AS Saint-Étienne in the Coupe de la Ligue where he scored a hat-trick.

Throughout the season, there have been stories about how difficult life in Paris has been for Icardi with his family being in Italy and his wife and agent, Wanda Nara, having to fly the family from Milan to Paris to see him.

Today, a report from Corriere dello Sport (via Sempre Inter) revealed that Icardi cannot veto a permanent transfer to Paris Saint-Germain should the club activate the option to buy.

There’s no guarantee, though, that PSG will activate that clause. Edinson Cavani has reclaimed the starting striker role hinting at a possible falling out between Icardi and manager Thomas Tuchel.

Even if PSG were to sign Icardi in a shrewd business move, Transfermarkt rates the striker at €75 million, so there’s not a lot of profit to be made from a transfer and considering his history with Inter Milan, teams may be reluctant to spend that kind of cash on a player who could cause issues in their dressing room.

There have also been reports that if PSG were to sign Icardi permanently with the intention of selling him to a Serie A team, like Juventus FC, the buy-out clause PSG would have to pay would increase by €15 million.

At the end of the season, it might just be easier for PSG to let Icardi return to Inter Milan and let them worry about working out a transfer. With Cavani set to leave this summer when his contract expires, PSG will very much be in the market for a world-class number nine.