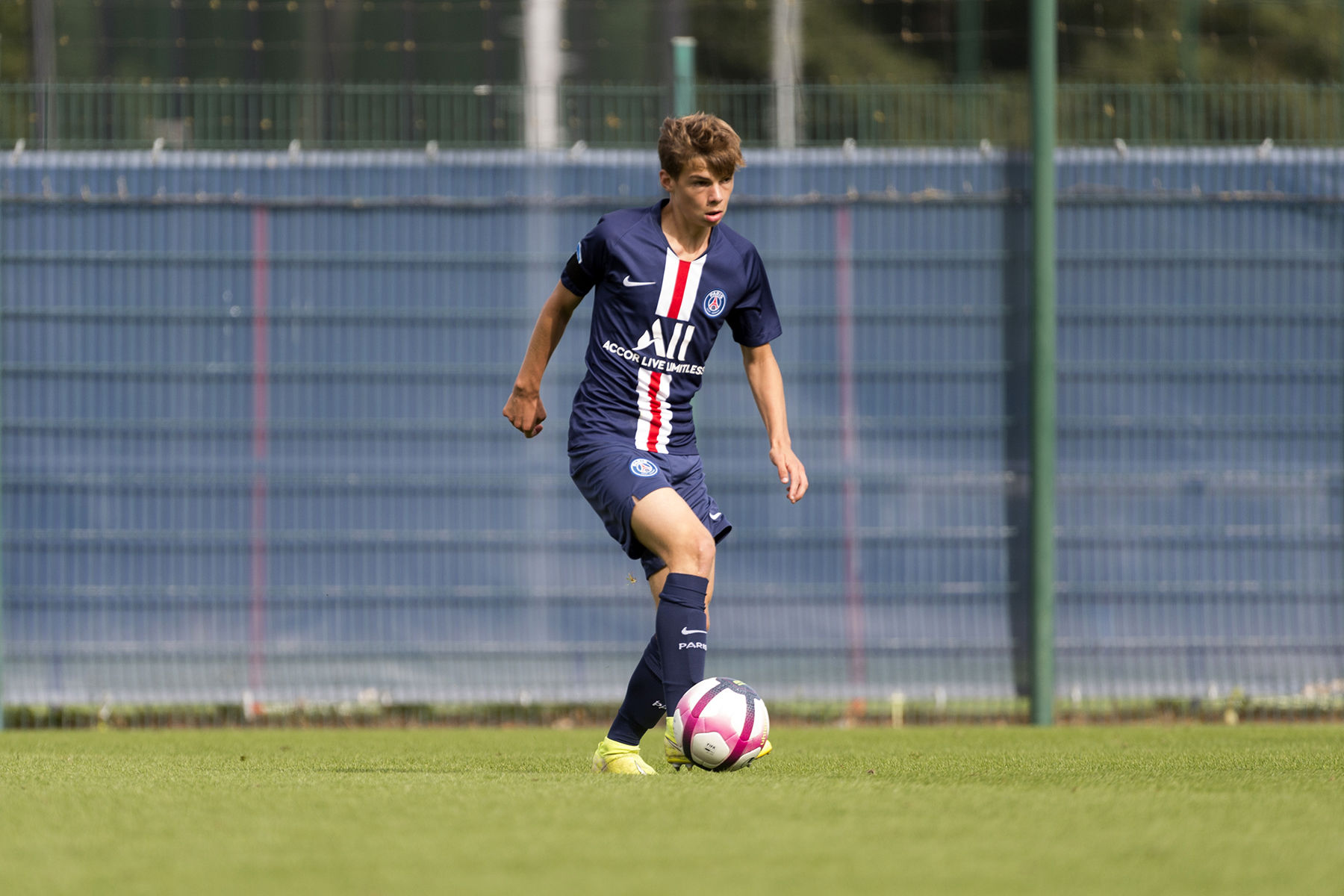 We know that youngsters Adil Aouchiche and Tanguy Kouassi may leave Paris Saint-Germain this summer but a recent report out of Spain reveals that another talented youth product, dubbed “The New Verratti,” could follow them out of the door.

According to Sport (via Daily Mail), FC Barcelona is actively trying to lure 17-year-old Edouard Michut to La Masia to further his development under their tutelage.

Michut is a natural midfielder who is capable of locking down on defense or launching the attack. His playing style is what has led to comparisons to PSG’s world-class midfielder, Marco Verratti.

There’s no denying Michut’s quality and potential but his contract expires at the end of next season. The timetable leaves PSG with a difficult decision to make. Do they allow Michut, who has featured for France’s Under-16 and Under-17 teams, to walk away or do they invest in his future?

Barcelona would love to snatch up a PSG prospect after the Parisians did the same to them with Xavi Simons and Kays Ruiz-Atil. However, Manchester City, Juventus FC, and Valencia are all rumored to be interested in signing Michut.

For PSG, losing a promising player isn’t new. The city of Paris is so full of talent that they can’t possibly keep it all to themselves. The key to success is identifying the best talent and sign them to a long-term contract. If Michut really is the next “Verratti,” well, I hope Leonardo, PSG’s sporting director, pulls out all of the stops to keep him in the French capital.