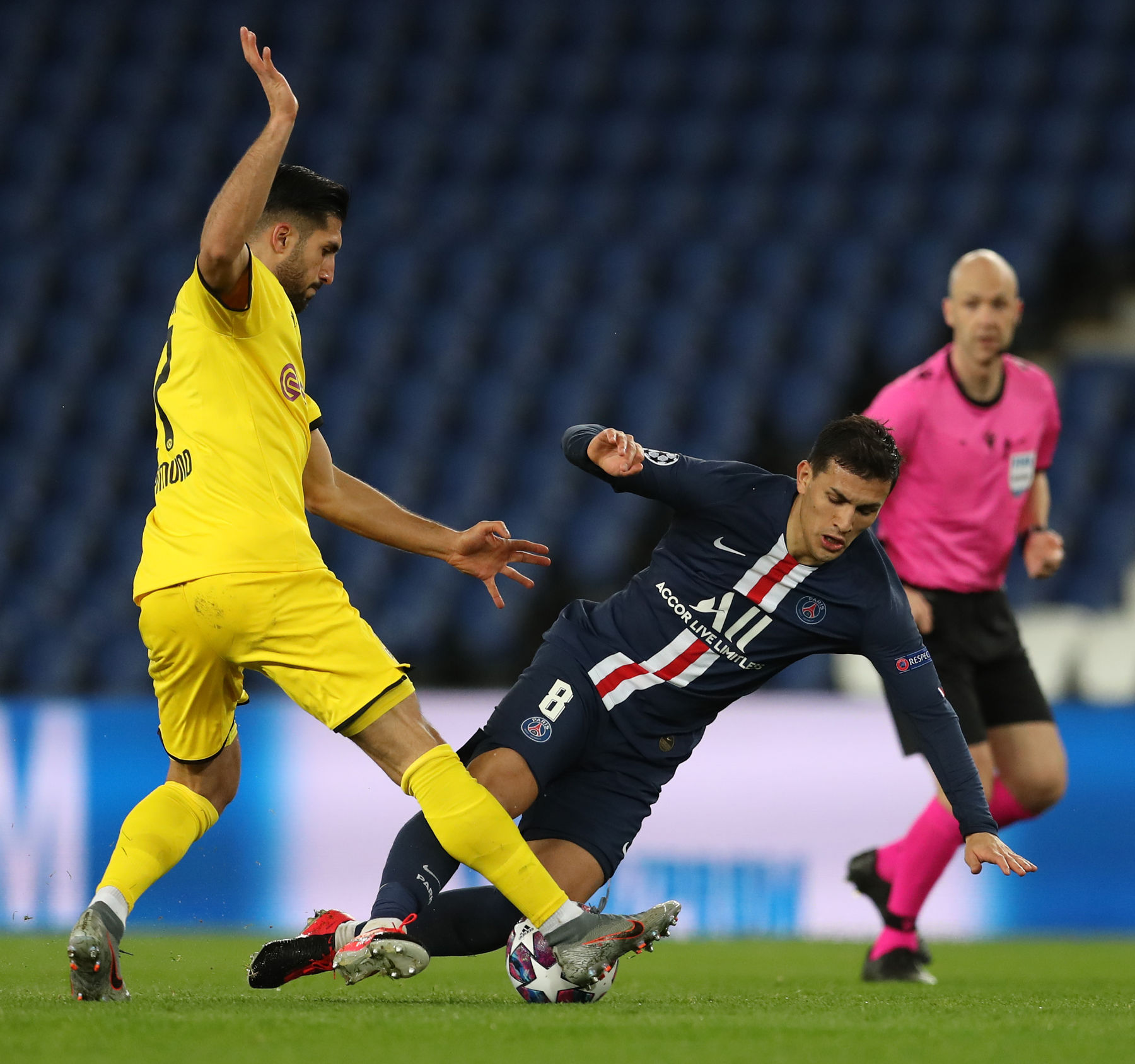 When Paris Saint-Germain spent €40 million on Leandro Paredes in January of 2019, the capital club was expecting to replace Thiago Motta.

Over a year later, the 25-year-old has moments where he looks every bit worth the money PSG paid for him, then, there are times where it seems the transfer will go down as a flop. Despite the inconsistency in his form, the Argentine is quietly assuming a role that not many pegged him for, the unofficial enforcer.

Standing at 5’11”, Paredes isn’t the biggest guy on the squad by any stretch; however, in the last couple of months, it seems as though he’s making sure that none of his teammates are pushed around or bullied by the opposition.

PSG spends a large amount of money on superstars like Kylian Mbappé and Neymar Jr. in 2017 and Ligue 1 referees do very little to protect those players when they’re constantly fouled. The lack of protection has led to numerous injuries for Neymar as opponents have taken liberties with the weak officiating.

With the referees not doing their job and Ligue 1 ignoring the Parisiens calls for better officiating, the last resort is to have an enforcer in the team to police the game. Plenty of PSG Talk contributors have called for a muscle to protect the stars, and it looks as the Paredes is answering the call.

“So I talk a bit, I get a bit heated with Neymar, and he (Paredes) comes as if he was his bodyguard,” Delort said. “He speaks, he insults, he insulted everyone when he came on. I don’t understand this guy.”

If officials won’t protect Neymar and Mbappé, then Paredes is taking it upon himself to say enough of the cheap hits and verbal abuse from opponents. Furthermore, he’s making it clear that if anyone gets anywhere near the star players while he’s on the pitch, he will be there to protect them.

Take the return match against Borussia Dortmund as an example of Paredes being the bodyguard of the squad. After Emre Can shoved Neymar and launched into a physical confrontation with Marquinhos, it’s the Argentine that comes out of nowhere to get in between the PSG captain and Germany international.

After the match, we learned from Le Parisien (via Get French Football) that Paredes targeted Can specifically for “tackles on the borderline between being warning-worthy and nasty” in the first leg. Paredes reportedly told his teammates, “We are going to do the same [as him in the first leg]. Me, I will deal with Can from the off.” That is absolutely something an enforcer would say.

For some, having such a role like this might sound barbaric, but it’s a position that has occupied other sports.

For example, most clubs in the National Hockey League have one player who assumes the enforcer role, one player who will play the game and make sure nothing gets out of hand. In a physical sport like hockey, there needs to be someone that can give a physical warning that it’s not open season on the star players.

Although the enforcers are slowly going away in hockey, there remains a role for a player who can skate and contribute to the team regularly but can stick up for his teammates whenever it’s needed. Not everyone can be a fighter or even wants to be.

Paredes does seem like the squad’s protector, but the Argentine can contribute with his play in the midfield, but he truly does love his teammates. As a result, whenever he’s out on the pitch with them, he wants them to know that they’ll be protected at all cost.

Sometimes the game isn’t always about goals, assists, and creating moments that go viral on social media. For players, they appreciate these teammates who will go to bat for them and do the dirty work to make sure they don’t have to worry about cheap hits or verbal abuse from the opponents.

If the Argentine continues to protect them and PSG is looking to keep Neymar and Mbappé long term, perhaps having a player like Paredes is worth the money they paid for him.