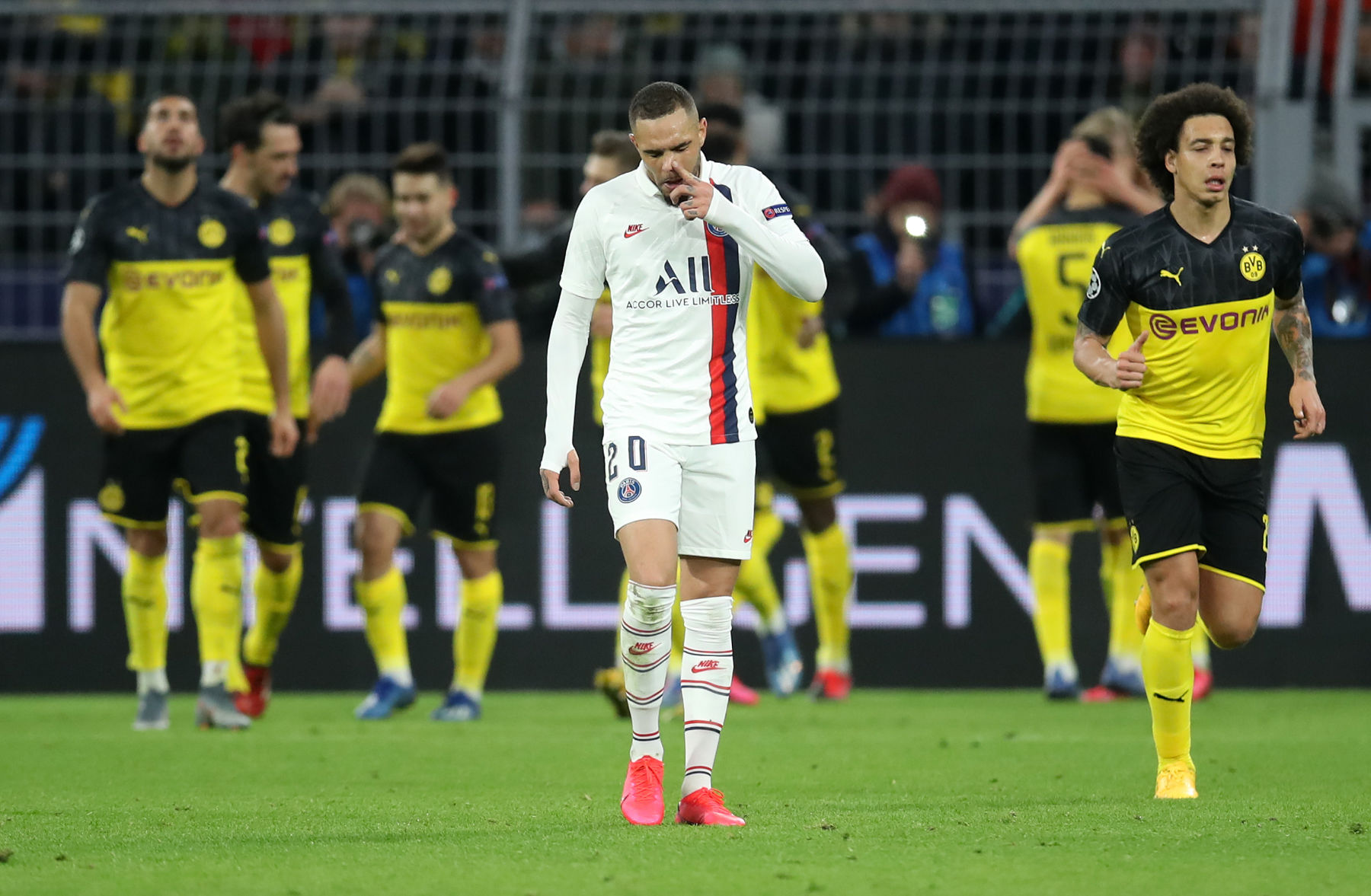 During the January transfer window, one of the Paris Saint-Germain players who was rumored to want a move away from the club was Layvin Kurzawa.

The French left-back was courted by Arsenal FC and Juventus FC and various points during the winter window but a deal never materialized and Kurzawa returned to PSG to see out the remaining six months on his contract.

With Juan Bernat still recovering from a calf injury, Kurzawa was named to the starting lineup against Borussia Dortmund in the Round of 16 of the UEFA Champions League.

To be fair to the Kurzawa, he had a pretty solid game up until this point:

Kurzawa did all of the hard work to bring the ball out from PSG’s own end and create some space before he comically passed the ball across the pitch to literally no one. Zach Lowy summed up the move in relation to his career at PSG so far.

Layvin Kurzawa just dribbled past three Dortmund players, outmuscled and glided past all of them, and made a brainless cross-field pass that went out at the halfway line for a BVB throw-in.

If there was any singular play that could define Kurzawa, it would be that right there.