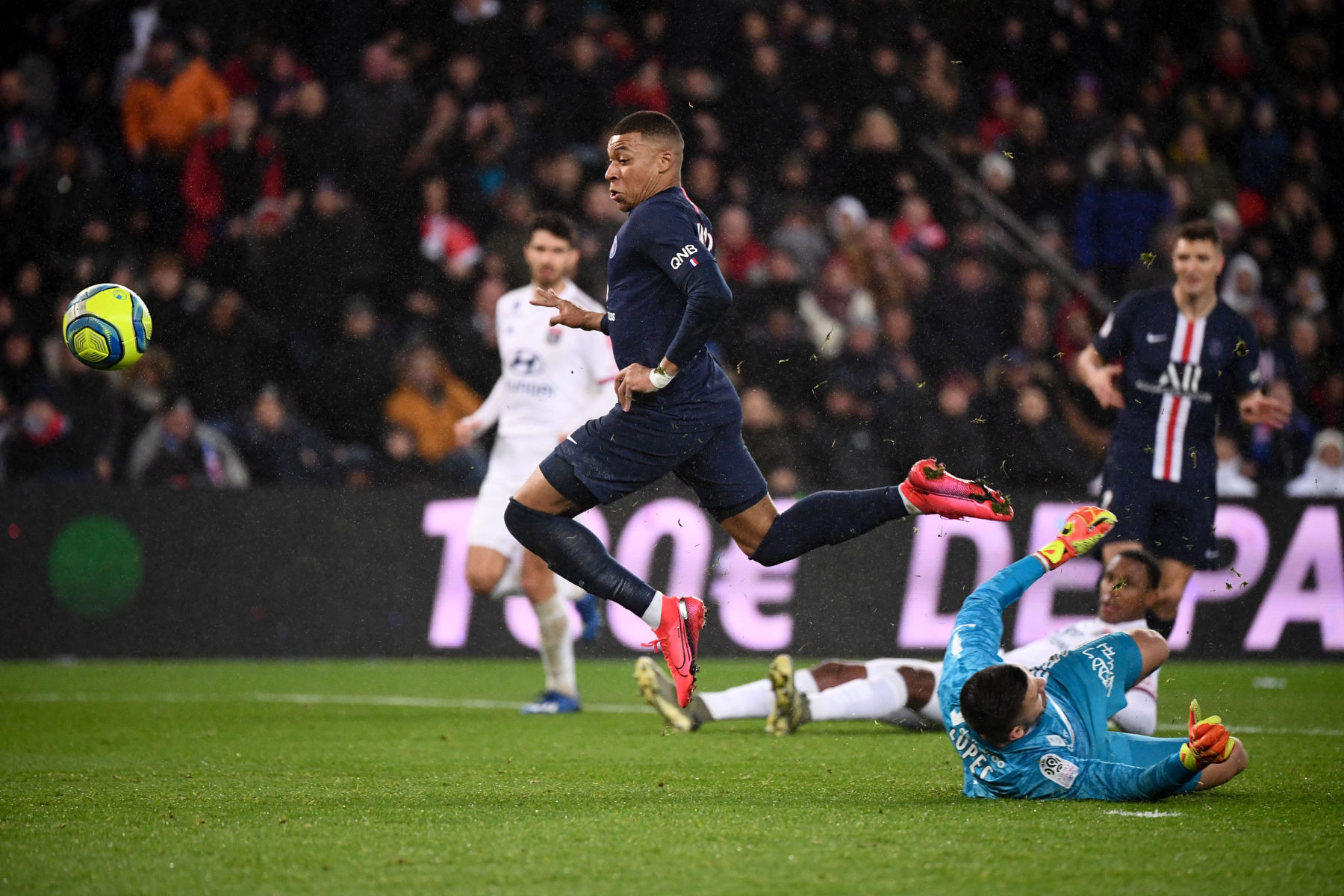 Quick as he can be, Kylian Mbappe scores @PSG_English's second goal of the game and the forward gets his 15th goal of the season with this lovely strike!

The goal almost didn’t happen. In the 38th minute, Thomas Meunier picked up the ball after Mauro Icardi lost control and the Belgium international decided to play a quick pass over to Mbappé who was sprinting towards goal with a defender miles behind him.

The pass was dangerously close to Lopes in goal but Mbappé used his world-class speed to reach the ball first and his chip over the goalkeeper was perfectly taken to give PSG the 2-0 lead heading into the intermission.

Mbappé has now scored 15 goals in Ligue 1 this season and is tied with AS Monaco’s Wissam Ben Yedder for the most in the French league.

Angel Di Maria, the Ligue 1 leader in assists, scored in the 22nd minute to put PSG up 1-0.