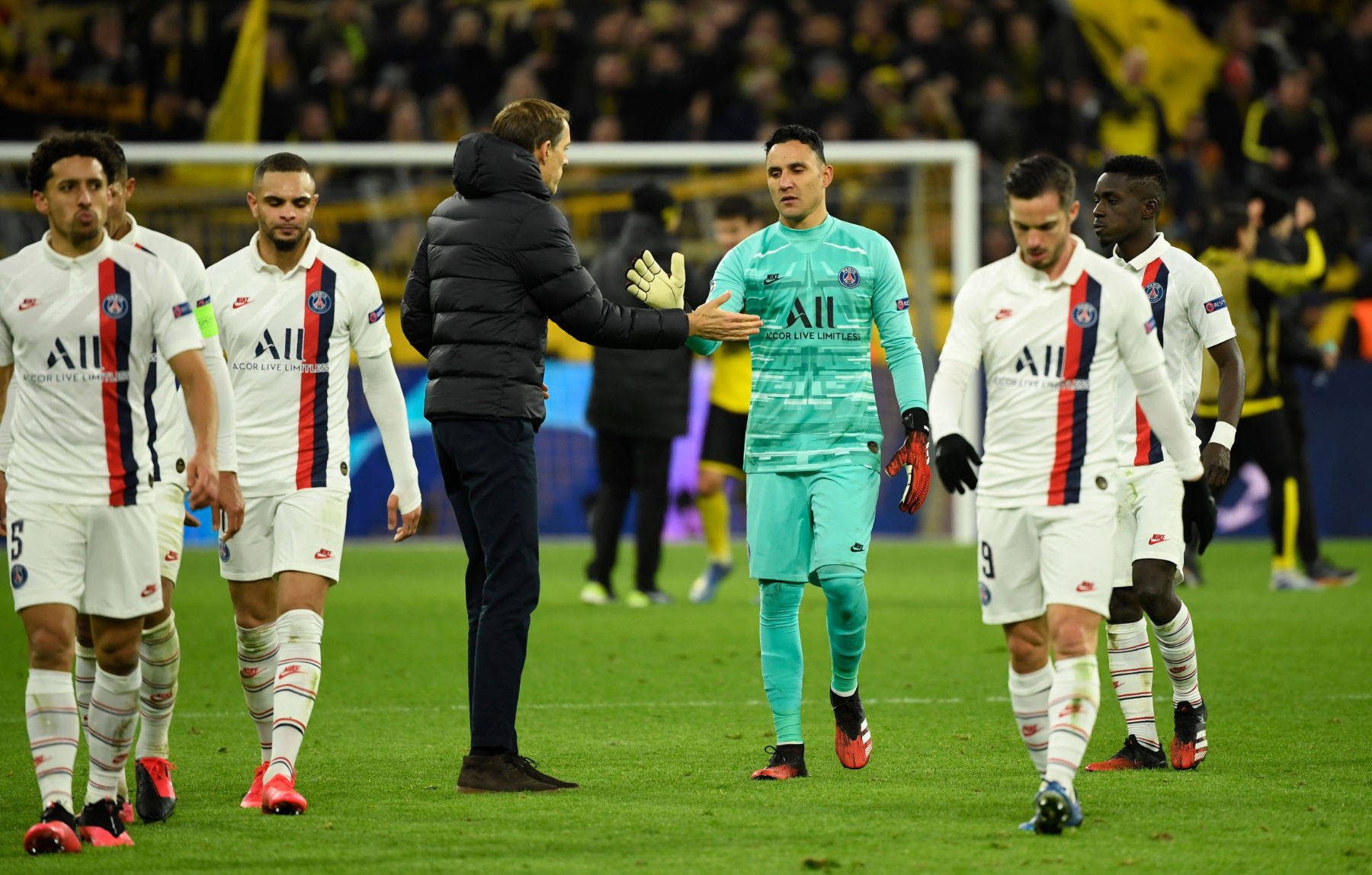 In the biggest match of the season so far, Paris Saint-Germain fell flat on their face in the UEFA Champions League Round of 16 once again.

The scoreline isn’t terrible, a 2-1 loss to Borussia Dortmund, but the way PSG performed left supporters holding stunning and critics with plenty of ammunition to last until the return leg on March 11.

Until then, manager Thomas Tuchel has to figure out how to get the most from Kylian Mbappé and Neymar Jr, who combined for PSG’s only goal of the game in the 75th minute but failed to put Dortmund’s suspect defense under any sort of sustained pressure.

After the match, there was plenty of conversation on Twitter about the result, PSG’s chances in the return leg, Erling Haaland memes, and questions about Tuchel’s tactics.

PSG has ZERO chance in the 2nd leg, don’t even kid yourselves. It’s not worth the mental energy. #BVBPSG

PSG are in danger of being eliminated at this stage for the 4th straight season. pic.twitter.com/yaprHibMPd

Tuchel has had the easiest KO fixtures of ANY PSG manager in the last decade.

He has no excuse. BVB didn’t even have Reus & Brandt tonight.

The teams Blanc lost to (away goals in almost all) were better than PSG bar City. Emery too. Tuchel is getting dunked on by teenagers.

Thomas Tuchel spends 3-4 months developing a 4-4-2 shape only to abandon it tonight & resort to a shape that saw Verratti & Gueye positionally confused & Neymar trying to play quarterback with fiddly aerial through balls to nobody in particular as the only outlet going forward.

Funny thing is if it isn’t for that one moment of brilliance from Haaland we’re talking about how despite not playing our best we did exactly what we needed to do in Dortmund. We picked up an away goal and didn’t let them explode for 3+. If it’s 1-1 narrative is totally different

Reyna carved the PSG backline then went to the lockers to finish his homework. pic.twitter.com/BcsOoCe37a

PSG manager Tuchel citing how many games less BVB have played in 2020 compared to PSG as an excuse for the loss today. Nasser didn't cook the FFP books for this sh*t! #BVBPSG

brandt and reus coming back next leg to end psg’s career pic.twitter.com/AUJyAIhaMf

This always happens! Everytime we play on champions it’s like we forgot how to play

I don’t understand why Mbappe disappeared in this game.
And it’s not the end. We will win at home at Parc des Princes.

This is the greatest PSG squad in history. NOT GOOD ENOUGH!!! 😡😡😡

PSG’s recent form sums up today perfectly. A sloppy lackluster performance. With that being said, we have an away goal and are only down 2-1 heading back to Paris. All in all very disappointing result though. @PSGTalk

Tuchel decided to “play it safe” probably considering he had too many players coming back from injury and thinking about Borussia’s attacking transitions, one of the best in Europe. Unfortuntely the team looked a bit lost and Neymar wasn’t having a great night.