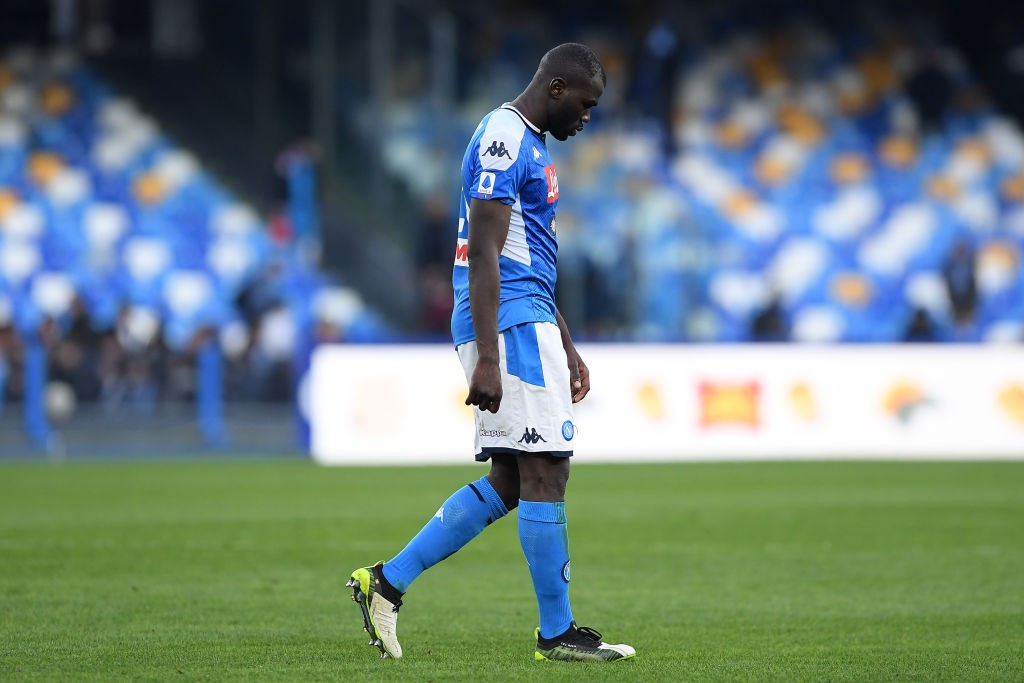 The other day, reports surfaced over Napoli defender Kalidou Koulibaly purchasing a luxury apartment in Paris. Now, it seems as though the Italian club is looking to sell the Senegal international according to a report from La Gazzettta dello Sport (via Culture PSG).

Last summer, Napoli rejected offers from Real Madrid and Manchester United for their world-class defender. However, a lot has changed in Naples since then that could lead to Koulibaly looking for another challenge as the season hasn’t gone as planned for Napoli.

Back in November, Napoli president Aurelio De Laurentiis issued fines resulting in over €2.5 million after players decided to forgo a retreat and display an internal mutiny.

Furthermore, the Italian club has seen a regression in their form. In the last couple of seasons, they’ve challenged Juventus FC for the Serie A title despite falling short. As a result of their poor start, the club decided to sack Carlo Ancelotti and bring in Gennaro Gattuso.

Despite the coaching change, the squad has been in a free fall this season as they currently occupy sixth place in the league and sit nine points outside a UEFA Champions League spot.

With the likelihood of the squad missing out on Champions League football and players such as Dries Mertens and José Callejon leaving the club when their contracts expire in June, it seems as though Koulibaly is re-evaluating their options. The amount of change could result in the 28-year-old being open to a move in the summer, which is why Napoli is looking to sell while the iron is hot.

The news that Koulibaly purchased a luxury apartment in Paris sends a clear message, it’s Paris Saint-Germain or bust potentially, and so the ball is now in the capital club’s court to seal the deal.