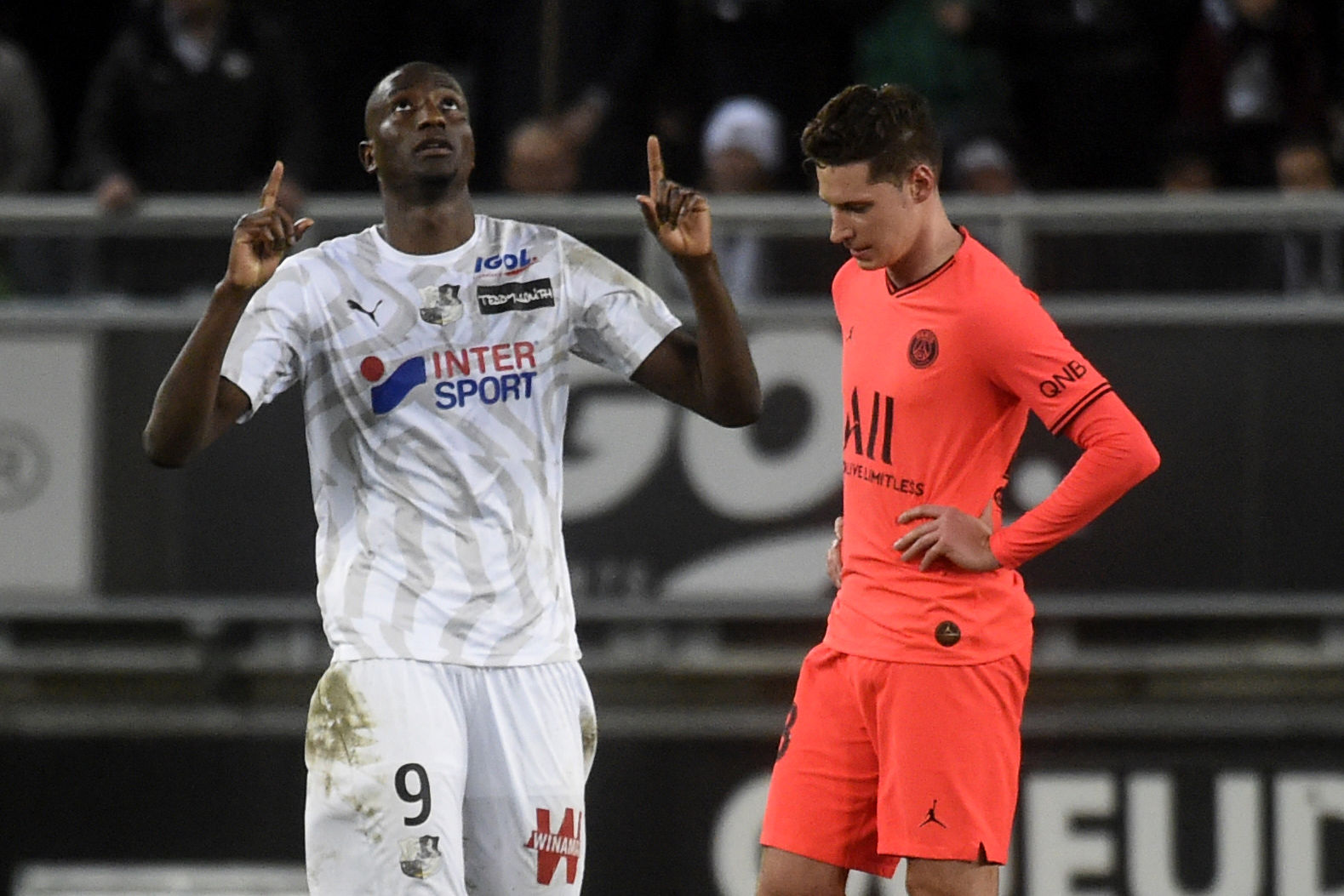 Paris Saint-Germain’s comeback that ultimately ended in a 4-4 draw against Amiens SC was perhaps the last thing supporters wanted to see with a Round of 16 UEFA Champions League match against Borussia Dortmund just three days away.

The Ligue 1 leaders went into the match with a rotated squad that featured 17-year-old Tanguy Kouassi at center-back, 19-year-old Mitchel Bakker at left-back, and Ander Herrera out of position at right-back. That unfamiliar backline, which did feature Thiago Silva, was to blame as PSG allowed three goals in the first half to 19th place Amiens.

“We lacked concentration at the start of the match,” Tuchel said, via Le Parisien. “It shows what mentality we have played in the last 20 games. It was too easy to strike and have chances against us. Three strikes, three goals! The team showed quality and mentality afterward to return this match completely.”

Herrera sparked the comeback for PSG with the last kick before halftime as he scored his first Ligue 1 goal for the capital club.

In the second half, it was another defender who would bring PSG level with Amiens. With two headers in the span of five minutes, Kouassi singlehandedly breathed live into the team that desperately needed it.

2 – Against Amiens, Tanguy Kouassi 🇫🇷 (17 years and 253 days) has become the 2nd youngest player ever to score a brace for Paris in Ligue 1, only behind Lionel Justier in March 1976 against Nîmes (17 years and 212 days). Header. 🐣@PSG_English #ASCPSG pic.twitter.com/OWl2dlaBN6

Mauro Icardi’s 74th-minute tap-in off a pass from Juan Bernat appeared to be the match-winner but unfortunately, it was PSG’s leaky defense that would ultimately prove to be too much to overcome.

Edinson Cavani had a chance to put PSG up by two goals late in the match but missed an easy chance in front of goal. Right after, Sehrou Guirassy cut right through PSG’s defense and scored his second of the night to level the score at 4-4 where it would ultimately finish. A fair result for the hosts if I’m being honest.

3 – 3 of the last 5 games in Ligue 1 in which Paris have conceded four goals or more have been against teams 19th or 20th in the league at kick off: Grenoble in 2010, Bastia in 2015 and Amiens today. Overconfident.#ASCPSG pic.twitter.com/hCyY7AbCMH

It’s important for PSG supporters to not get too worked up over the result. While not ideal, especially before the knockout phase of the Champions League begins, remember that manager Thomas Tuchel will drastically change his tactics and lineup against Dortmund. At least I hope so.

After the match, Tuchel was asked if he was worried heading into next week considering the performance against Amiens. Here’s what he had to say via Le Parisien:

“Why? Do you think it will be the same match in Dortmund? I’m not worried. I trust. I know what happened today. It’s human. We had a complicated game because we were led 3-0. It’s too much. I know I can trust my team. I know what we did before. I’m not going to watch for thirty minutes and get worried. You have to look at the performance and the mentality for 22 games.”

While we’re likely to see a much-improved defensive backline this Tuesday, Silva’s performance against Amiens is concerning. He recently returned from a muscle injury and he appeared a step too slow in the first three goals on Saturday night. I think he’s guaranteed to start against Dortmund but I am concerned about his ability to keep an in-form player like Erling Haaland quiet for 90 minutes.

Most experts, and fans for that matter, believe the tie between PSG and Dortmund will be as wide open as any of the others in the Round of 16. If so, perhaps it’s better that fans get used to this kind of game now. Just make sure you stock up on your heartburn medicine for next week.