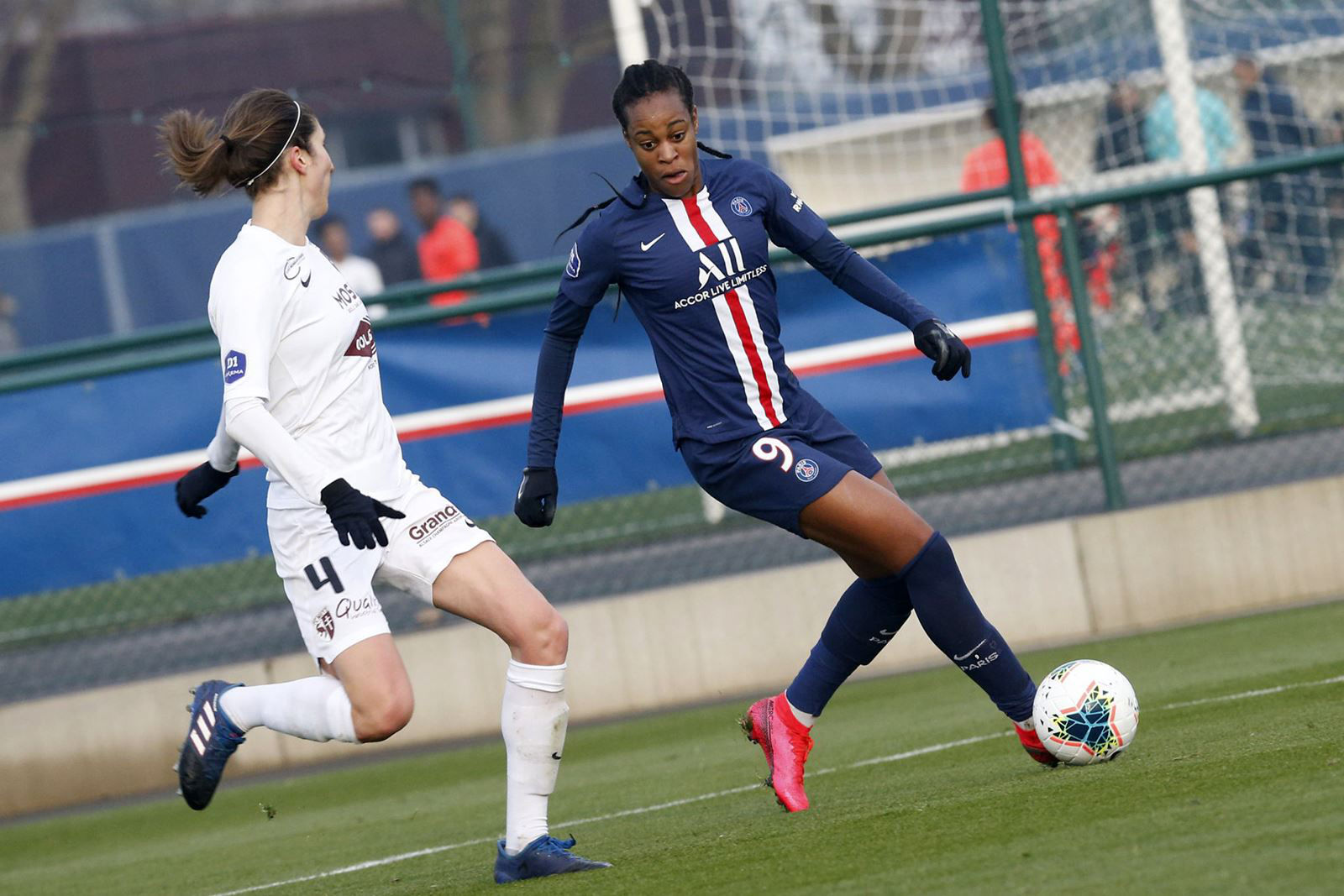 On Saturday, January 25, Paris Saint-Germain Féminine dismantled last-place FC Metz Féminine by a score of 5-1 and they picked up major momentum heading into the home stretch of the season.

Marie-Antoinette Katoto paved the way with a hat-trick and she was joined by fellow goalscorers Léa Khelifi and Nadia Nadim.

Shnia Demetrice Gordan scored the only goal for Metz in the 58th minute, but it was too late as the scoreline read 4-1 and the match was already decided.

Khelifi’s goal in the first minute of the match came against her former club where she spent the last four seasons before joining PSG. It was a fast start that was indicative of PSG’s recent form. In the previous two matches, PSG has outscored their opponents 20-0.

The game would remain at 1-0 until the 33rd minute when Katoto scored off a cross that was pulled back by Ève Périsset. Katoto would get her second of the game just before the half with a beautiful shot to the top right corner.

Gordan’s goal for Metz was wedged between Nadim’s penalty shot in the 48th minute and Katoto’s 83rd-minute goal, which capped off her hat-trick.

PSG currently sits in second place in Division 1 Féminine with 35 points and 8 games remaining in the season to close the three-point gap between them and leaders Olympique Lyonnais Féminine.

Lyon kept PSG at bay, for now, with a 5-0 win over Stade de Reims Féminine. Unfortunately, the league-leaders lost star striker Ada Hegerberg to a season-ending ACL injury. From everyone at PSG Talk, we wish her a quick and full recovery.

Next up, PSG travels to seventh-place ASJ Soyaux on February 9th.