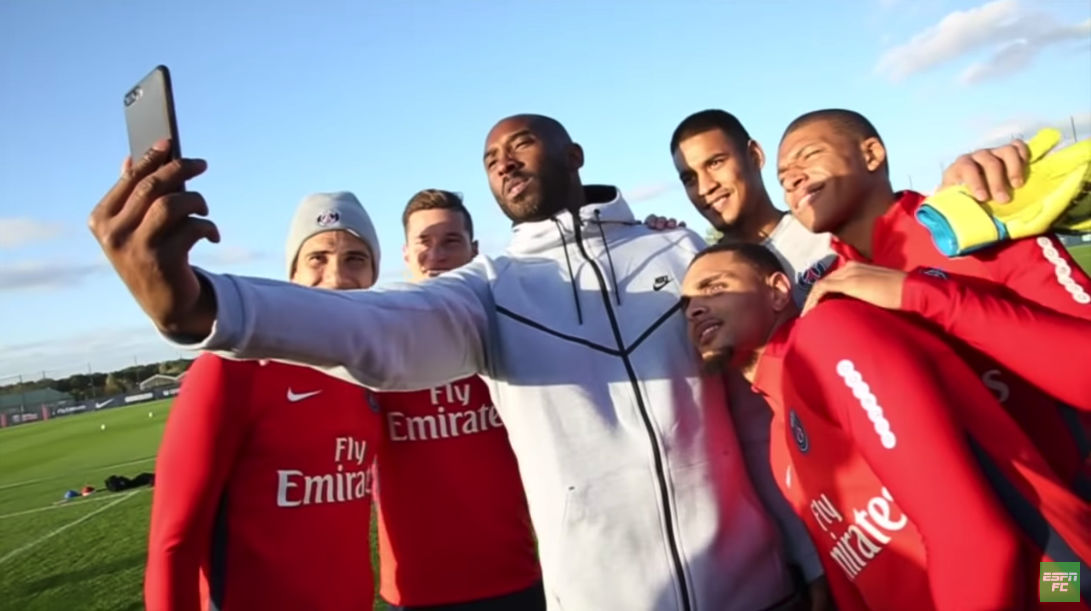 The Los Angeles Lakers lost to the Portland Trail Blazers on Friday but that was the last thing anyone wanted to talk about.

Throughout the game, there were several tributes to the memory of Lakers legend Kobe Bryant, his 13-year-old daughter Gigi, and the seven others who tragically lost their lives in a helicopter crash last Sunday.

On Saturday, Paris Saint-Germain plans to follow suit. Confirmed by the club’s official website, the Ligue 1 leaders “will pay tribute to the fallen star via a video that will be shown at the Parc des Princes for the match between Paris Saint-Germain and Montpellier HSC.”

Bryant visited PSG back on October 20, 2017, where he watched a training session and met with players including Neymar Jr. After hearing the news of Bryant’s death at halftime during a match against Lille OSC, the Brazilian honored him with a goal celebration in the second half.

It’s no secret that the NBA legend was a fan of the beautiful game. His favorite club was AC Milan due to his time living in Italy as a young child and he credited football for his vision on the basketball court.

PSG’s homage to Bryant will likely be emotional for all players involved but perhaps more so for Neymar who days after the accident, had footage of him and Bryant hanging out together edited and posted on his official YouTube channel. Neymar clearly had a connection to Bryant and looked up to him.

As with the Lakers on Friday, the best way to honor Bryant is to play hard and leave everything out on the pitch. Allez Paris and RIP Kobe.