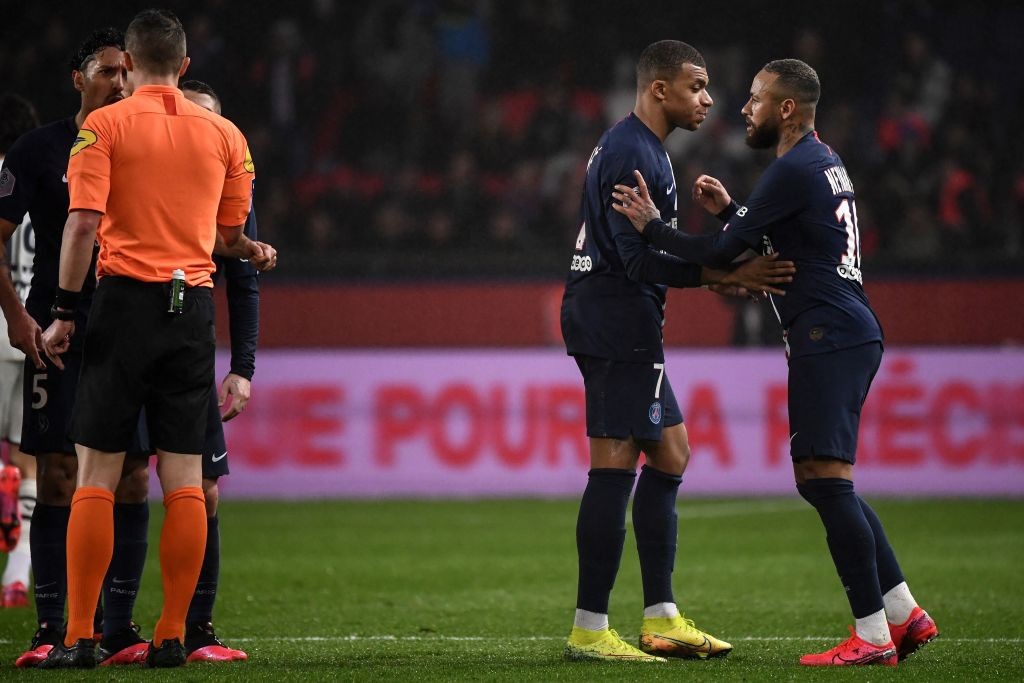 It’s not often Neymar Jr. receives a red card and gets thrown out of a match, but that is exactly what happened during Paris Saint-Germain’s 4-3 win over Girondins de Bordeaux on Sunday night.

Toward the end of the match, Neymar was tossed to the ground by Bordeaux’s Youssouf Sabaly in a move that should have warranted a yellow card for the defender but none was given.

Fed up with the aggressive play from Bordeaux players with no protection from the referee, Neymar lashed out shortly after the Sabaly challenge and took out Yacine Adli from behind with a rash tackle.

Neymar, who was already on a yellow from the first half after complaining to the official, receive a second yellow and was sent off.

If French officials are unable to do their job, then there is a very real possibility that Neymar could be injured before the second leg of PSG’s tie against Borussia Dortmund in the UEFA Champions League on March 11.

Anything Neymar does typically trends on Twitter and the red card was no different. Before he even ripped off his jersey in the tunnel and went back to the locker room, people were already coming up with conspiracy theories about how he planned to get sent off and suspended so that he could attend Carnival and his sister’s birthday.

.@Ligue1Conforama Fix your league. The officials are 🗑️

And Neymar sent off for a second yellow. But let's be clear Neymar was thrown to the ground with no repercussion. French officiating at his finest. #PSGFCGB

Neymar with a last minute red card after he says he wasn’t going to carnaval to focus on the next game …. pic.twitter.com/vHFxNut5Ox

And people wonder why Neymar dives? The player that did this to him didn’t even get a yellow card, but Neymar got a red for complaining…. https://t.co/ImFB90NtcH

bruh Neymar legit said in an Instagram story that he ain’t going to the carnival this year. What makes you think that a red card is gonna change that? For Gods sake man the agenda against him is unbearable

The officiating in Ligue 1 is genuinely disgusting, specifically when it comes to Neymar. Apparently this isn't a yellow but Ney gets one for talking to the ref.

Remember that incident where he got a yellow for a rainbow flick? He's so unprotected it's insane. https://t.co/z3p3dz2n19

Not the first time it’s happened, he needs way more protection from referees. The one from today the ref should stop the game, book the player for the foul and Neymar wouldn’t of retaliated. pic.twitter.com/AfomlJjKOq

Neymar has received his second red card for PSG, only Presnel Kimpembe (3) has been red carded more often in Ligue 1 for the club since he joined them.