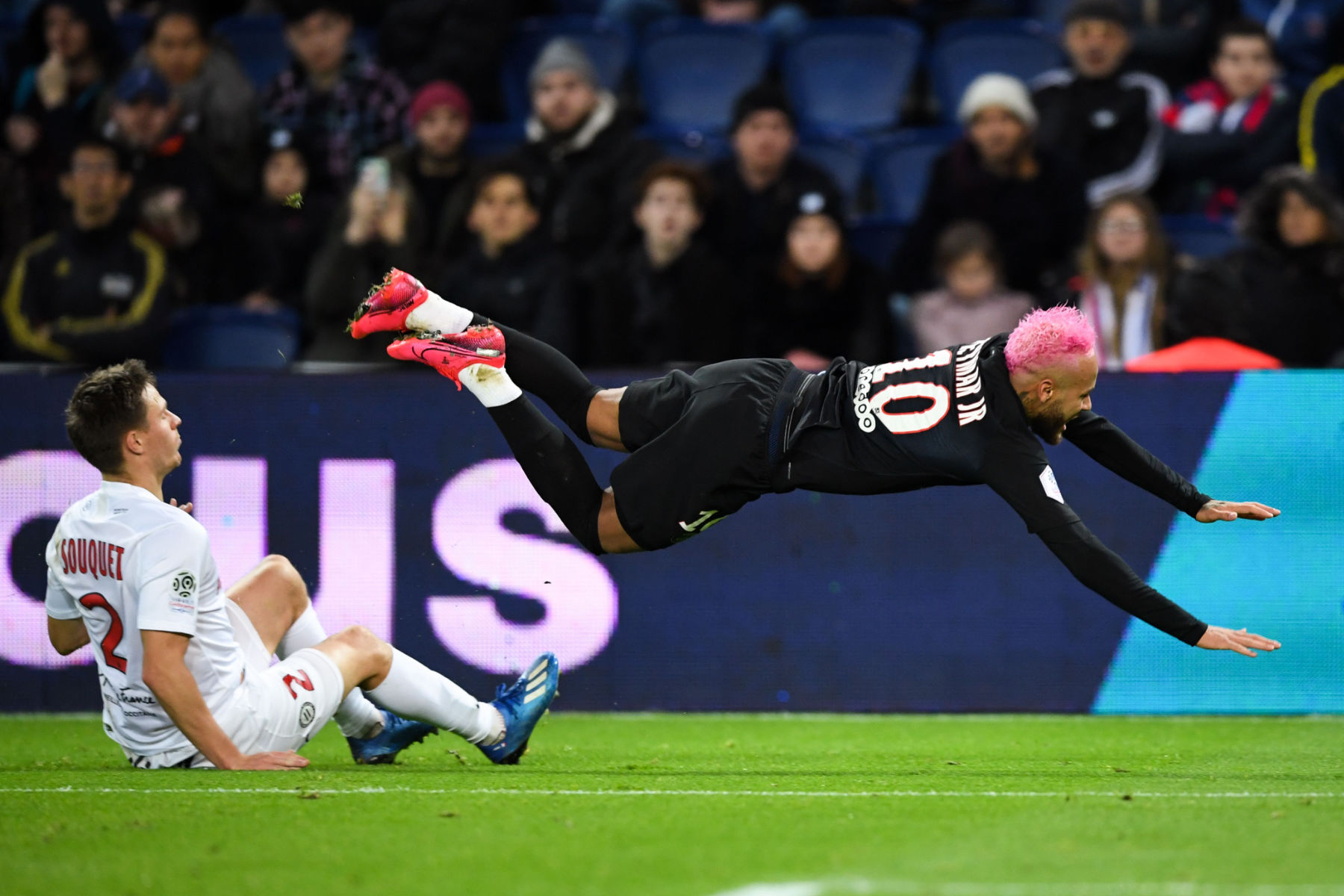 Paris Saint-Germain manager Thomas Tuchel will once again be without the services of Neymar Jr. as he prepares his squad for a Coupe de France quarter-final match against Dijon FCO at the Stade Gaston Gérard on Wednesday

Revealed on Tuesday by Le Parisien, Neymar continues to suffer from a chondrocostal lesion (rib cartilage) that he sustained against Montpellier HSC on February 1.

Despite being able to train, the pain is apparently bad enough that the Brazilian will remain in Paris as his teammates travel to Dijon.

It was originally thought that Neymar would return to action last Saturday against Olympique Lyonnais, but he missed that match and the previous one against FC Nantes.

Tuchel has a difficult decision to make after PSG hopefully defeats Dijon, a team that beat them last November.

With only a meeting with Amiens SC on Saturday left before PSG travels to Germany the following Tuesday to play Borussia Dortmund in the UEFA Champions League, Tuchel has to decide if he wants to risk Neymar in a Ligue 1 match or save his star for the most important match of the season thus far.

It would be great to play Neymar against Amiens so that he can regain his rhythm after being out for two weeks, but, there’s also the risk he picks up an injury and is out for the match against Dortmund three days later.

If it were me, I wouldn’t play Neymar in an away match against Amiens. PSG has a 12-point lead in Ligue 1 and the result doesn’t matter in the big picture. Neymar is a world-class footballer and I’m confident that with continued training, he will be ready to perform at a high level against Dortmund or even come off the bench as he did against Real Madrid in the group stage. Tuchel seemed to agree with me at his pre-match press conference.

“He [Neymar] doesn’t have to play to be ready against Dortmund. He must play when he is ready to play. We have to calculate the risk, I have to speak with the doctor and decide after training. He has another possibility of playing against Amiens. He is injured, we must be patient.”

Neymar isn’t the only injury concern for Tuchel ahead of the Dijon match. Le Parisien reports that Marquinhos, Abdou Diallo, Colin Dagba, Marco Verratti, and Presnel Kimpembe are all out due to various injuries. Idrissa Gueye will be given a rest after playing in 10 games in 2020 and Leandro Paredes is suspended.

Of those players, Marquinhos is the player that should concern PSG supporters the most. Its a race against time to get him back up to match fitness following his hamstring injury. He’s expected to play against Amiens on Saturday and his performance there will likely determine whether or not he’s able to start against Dortmund.

Verratti is another key player but his knock isn’t thought to be too serious. Dagba and Diallo have long-term injuries and we won’t see them in Germany next Tuesday. Kimpembe has a hamstring injury and will need approximately eight days to recover.

While not ideal, PSG has had worse injury concerns leading up to the Champions League knockout phase. Hopefully, there are no more surprises before kickoff against Dortmund.