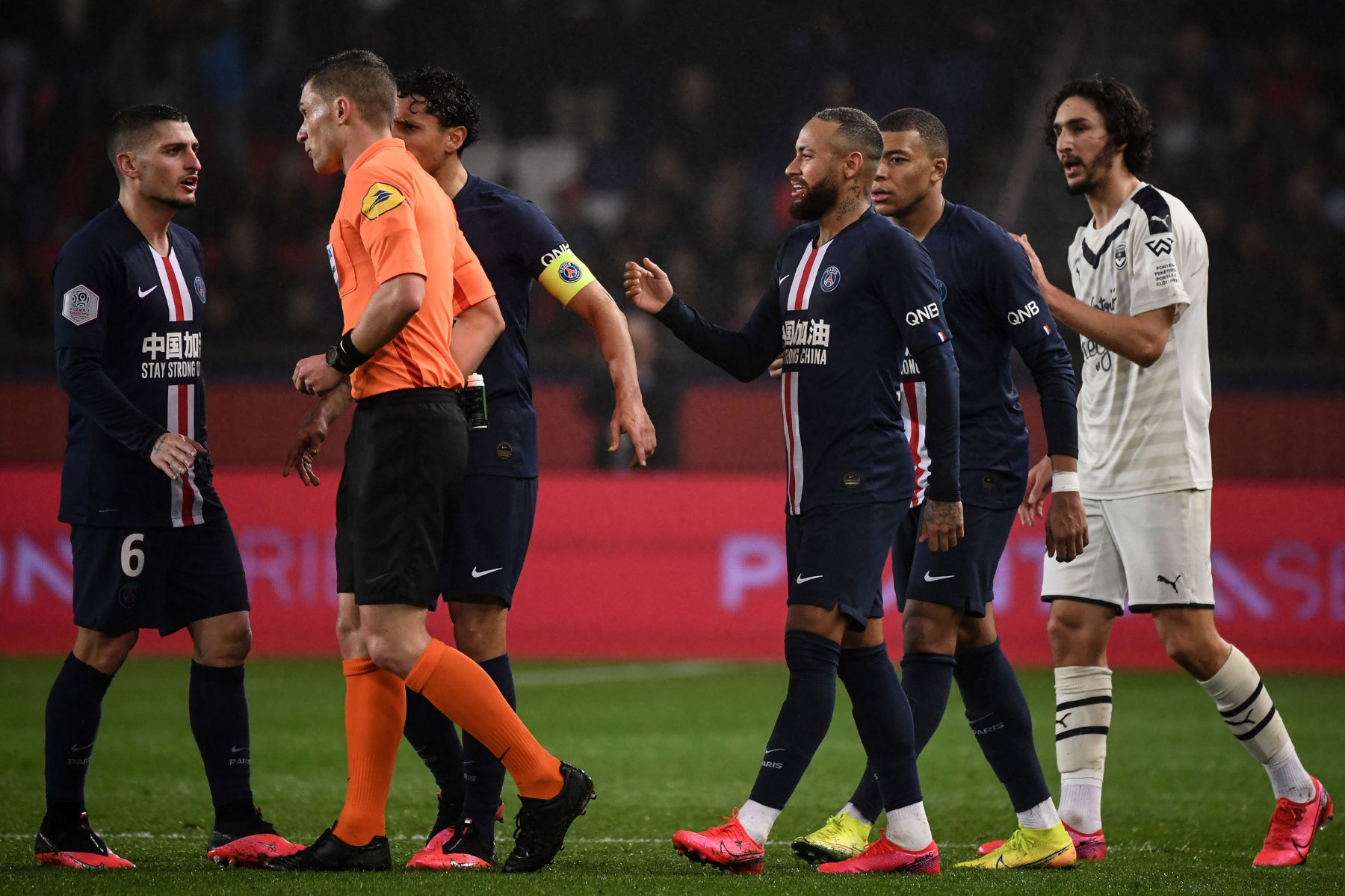 Late in the match against Girondins de Bordeaux, Neymar Jr. retaliated after being thrown to the ground and received a second yellow card and was subsequently sent off.

We know that Neymar will definitely miss Paris Saint-Germain’s match next Saturday against Dijon FCO but as reported by Culture PSG, that’s not the only game he could be suspended for.

The match in question is PSG’s semi-final clash against Olympique Lyonnais in the Coupe de France on March 4. This Wednesday, the disciplinary committee of the Ligue de Football Professionnel will meet to decide if Neymar should miss more than one game.

The committee will look at Neymar’s track record when deciding if he is deserving of more than a one-game suspension. Since coming to Ligue 1 in 2017, Neymar has only been sent off once so it’s not as though he is a habitual offender.

After the match, Tuchel was asked about the situation (via Le Parisien) and defended his star player.

“If we have to talk about this situation, we have to talk about everything. He is one on one and his opponent commits a fault over ten meters, the fourth referee is on the field and the match continues. I have never seen this! Afterward, he is pissed off. It is not necessary but he is human, he commits this second fault. The situation is really very bizarre.”

This is just the latest incident involving Neymar and the referee. The Brazilian is already the most fouled player in Ligue 1 and earlier this season, Neymar was actually given a yellow card for doing too many tricks during a match.

Do the right thing LFP, for once.

If Neymar is suspended for two matches, that would only leave a trip to RC Strasbourg to prepare for the pivotal match against Borussia Dortmund in the UEFA Champions League. Not ideal.