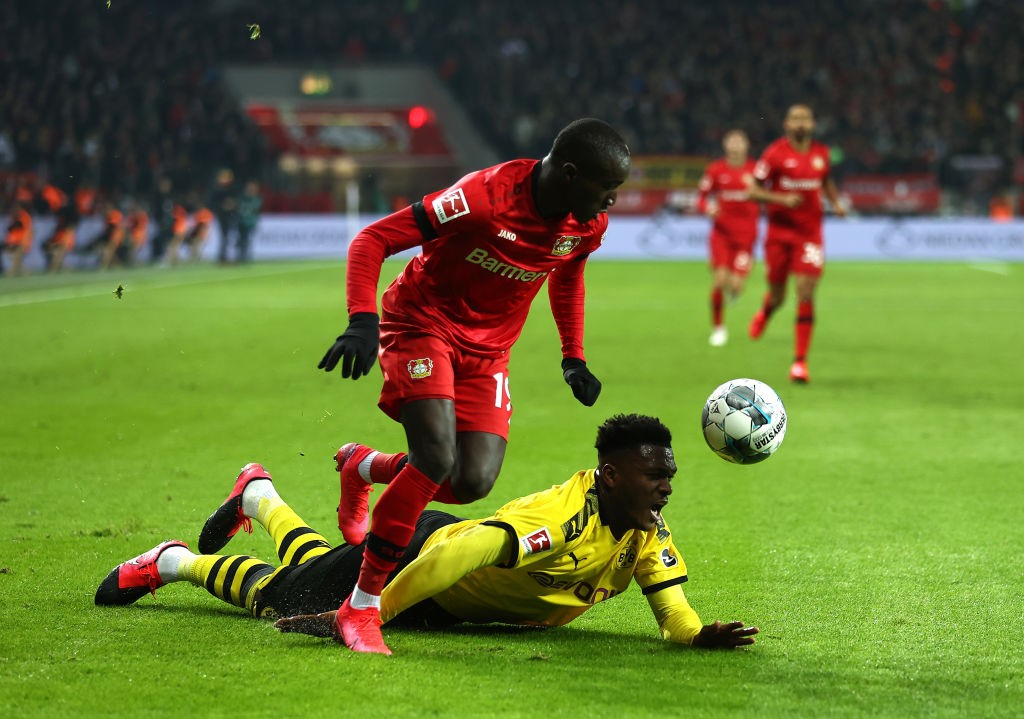 News
Moussa Diaby on Why He Left PSG; Predicts Club Will Have No Trouble Against Dortmund in Champions League
By Eduardo - 16 February 2020, 16:00

In a recent interview with Late Football Club on Canal+ (via Le10Sport), former Paris Saint-Germain winger Moussa Diaby gave his thoughts as to why many PSG youth players leave at a high rate.

Over the summer, Diaby departed the capital club for Germany to join Bayer 04 Leverkusen on a €15 million transfer fee. The 20-year-old isn’t the lone PSG youth product to leave in search of greener pastures.

Over the past couple of transfer windows, talented players such as Christopher Nkunku, Arthur Zagre, and Stanley N’Soki have departed the Parisian club but it’s not because PSG necessarily wanted them to leave. In Diaby’s case, it felt “weird” leaving the club where he spent so many years (2016-2019).

“PSG is not asking us to leave or something else. If I regret not being at PSG this year? No, I do not regret. It was a choice on my part, but if they win it (the UEFA Champions League), I would be very happy too,” explained Diaby.

Finally, having spent nearly a full season in Germany, Diaby is still true to his roots as he believes that PSG should have no trouble in their clash against Borussia Dortmund.

“I don’t think that PSG will have any trouble. PSG have a great team, with some very good players and lots of quality. If PSG plays the match at 100 percent like they are used to doing, I think that they will not have any difficulty in winning this match. I think that this is the year for PSG.”