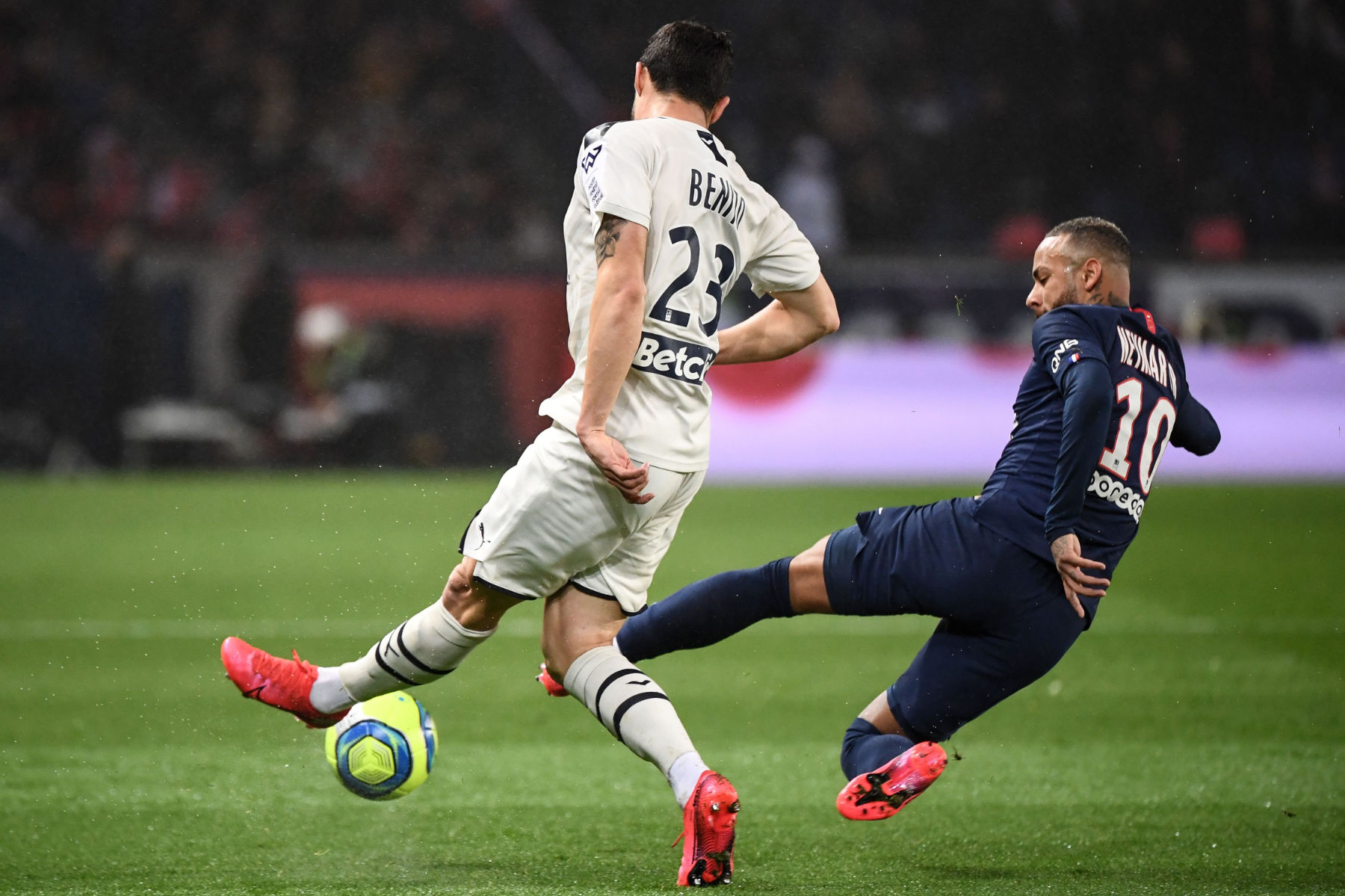 Neymar Jr. breathed a sigh of relief on Wednesday after the Ligue de Football Professionnel disciplinary committee decided to keep his suspension at one match following his sending off against Girondins de Bordeaux last Sunday as reported by Le Parisien.

In the match against Bordeaux, Neymar received a yellow card for arguing with the official at halftime and then with seconds left, he retaliated after being thrown to the ground and received his second yellow and dismissed from the pitch.

The worry was that Neymar could be given a two-game suspension for his actions, which would leave him with only one match to prepare for the return leg against Borussia Dortmund in the UEFA Champions League on March 11.

Thankfully, Neymar’s good behavior (one yellow card over the last 10 matches) was enough to only keep him out of this Saturday’s clash against Dijon FCO at the Parc des Princes.

Looking ahead, Neymar should be available to face Olympique Lyonnais in the semi-final of the Coupe de France on March 4 and again on March 7 away at RC Strasbourg before Dortmund travels to the French capital.

After criticizing the club for not playing him leading up to the first leg against Dortmund, it will be interesting to see if Neymar features in both of those games or if he’s held out to ensure he’s available for the most important game of the season.

The ruling, which kept Neymar’s suspension at one game, is the first bit of good news in more than a week for PSG. Hopefully, this is a sign of things to come this month.