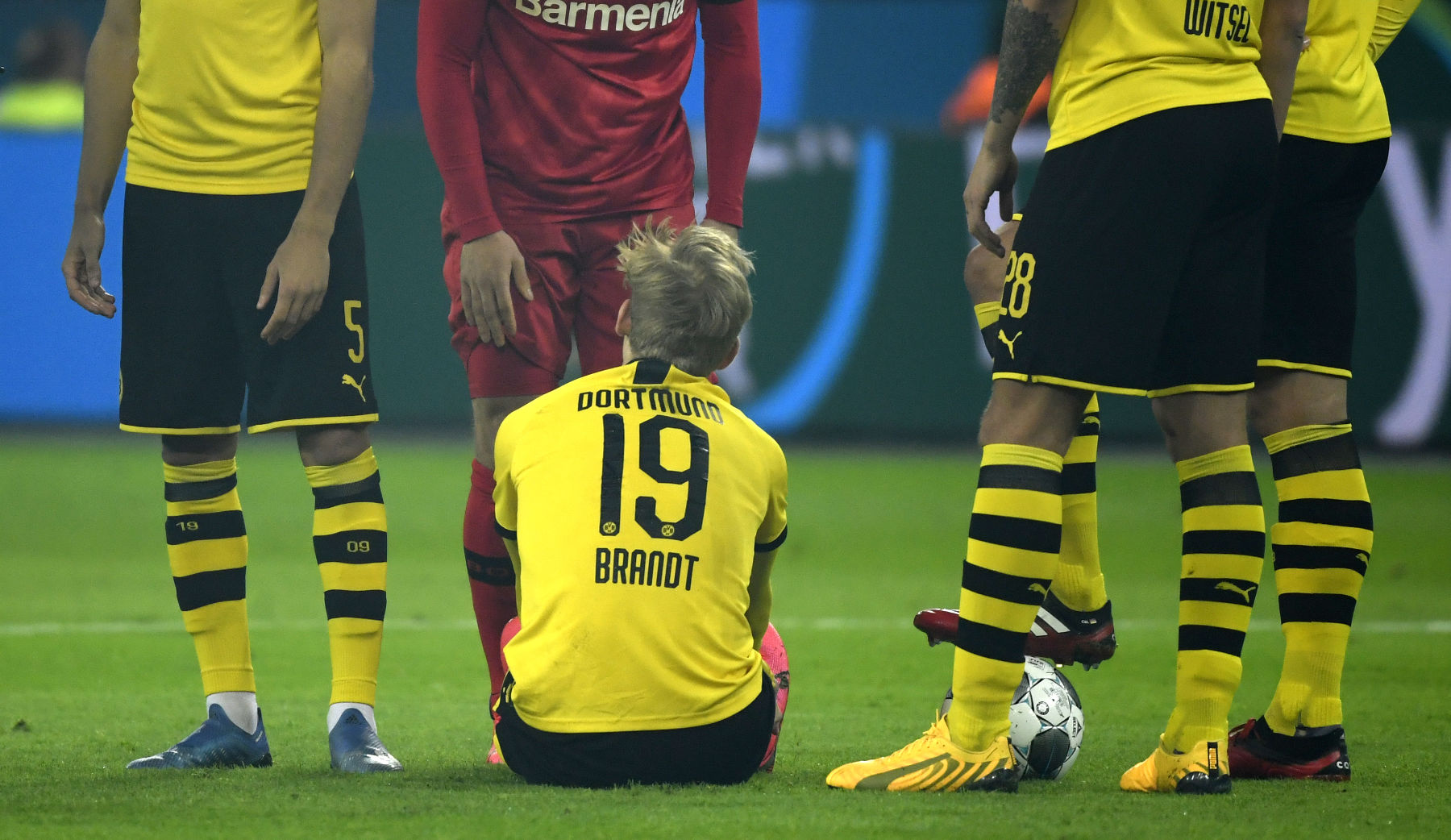 News
Another Devastating Injury For Dortmund Leading Up to Champions League Tie Against PSG
By Ed - 9 February 2020, 16:11

The news keeps getting worse for Borussia Dortmund.

We already know that Marco Reus will miss the first match of the Round of 16 tie against Paris Saint-Germain in the UEFA Champions League due to injury and now, another Dortmund star has gone down with an injury.

Revealed on Sunday morning by the club’s official Twitter account, midfielder Julian Brandt has suffered a torn ligament in his ankle against Bayer 04 Leverkusen on Saturday and will miss the upcoming game against Eintracht Frankfurt.

The club didn’t indicate how long Brandt will be out or whether he will miss the first match against PSG on February 18 but you don’t have to hold a medical degree to know that a torn ligament in your ankle doesn’t heal in nine days. I expect the club to make some kind of formal announcement in the coming days once they’ve hade plenty of time to evaluate the player.

Dortmund went on to lose that match against Leverkusen by a score of 4-3, which was their second consecutive loss and in those two losses, they’ve given up a combined seven goals.

Like I said when the injury news to Reus broke, I hate that Dortmund is having to go through this. As a PSG supporter, we are all too familiar with injuries at the most inconvenient time and I wish both players a speedy recovery.

Hopefully, the news will be a bit more positive for PSG leading up to the game with Neymar Jr., Thiago Silva, Marquinhos, Juan Bernat, and Abdou Diallo expected to return to the lineup in time for the trip to Germany in a little more than a week now.

PSG’s Dream of Winning the Champions League Not Over; UEFA ‘Confident’ That Football Can Restart
3 April 2020, 5:45
Follow Us