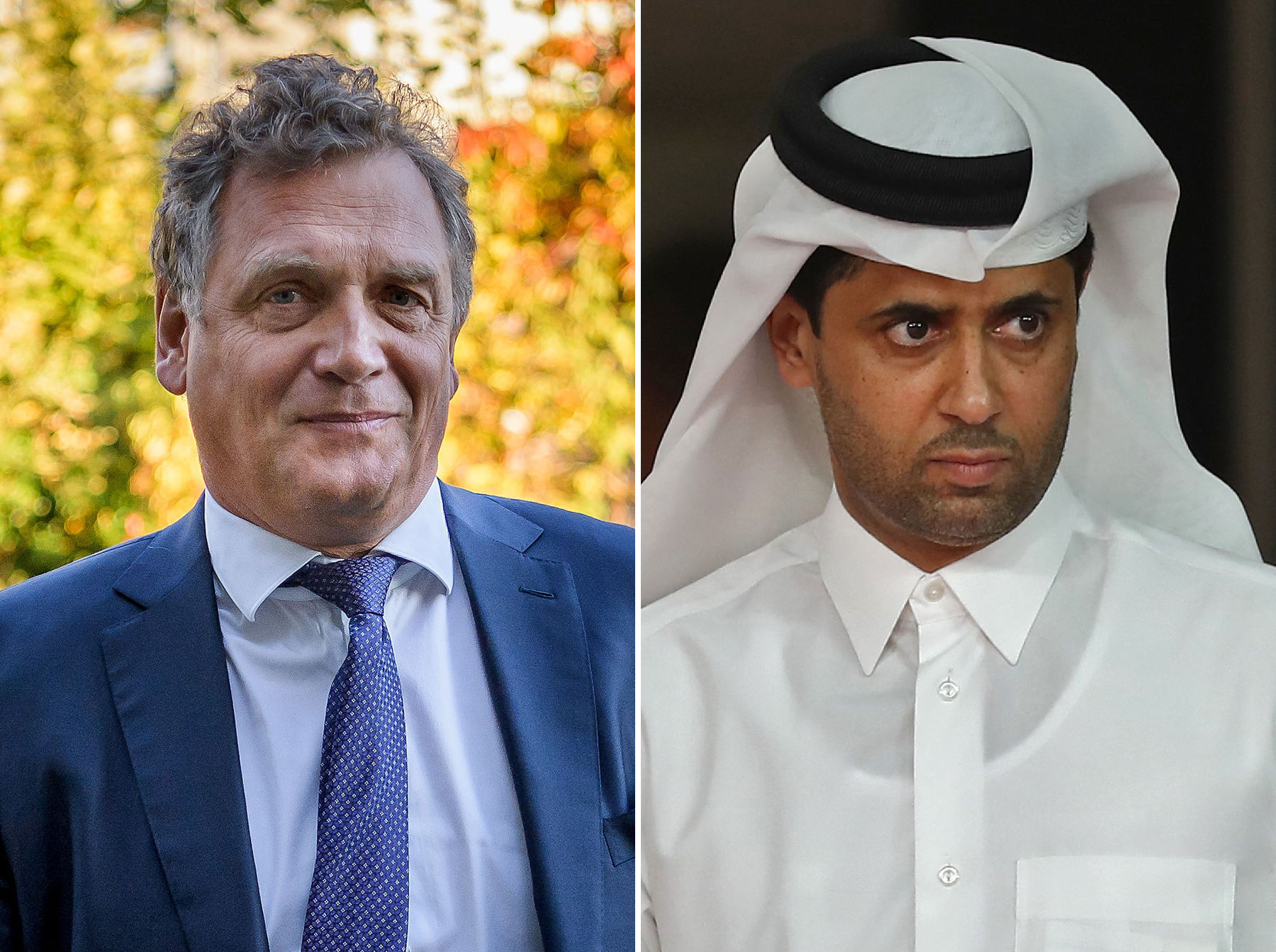 What a week it’s been for Paris Saint-Germain…

In addition to the 2-1 loss to Borussia Dortmund in the Round of 16 of the UEFA Champions League, Neymar criticized the club’s decision to not play him, Presnel Kimpembe’s brother cussed out Thomas Tuchel, Marco Verratti and Thomas Meunier are suspended for the return leg against Dortmund, and now, club president Nasser Al-Khelaifi finds himself in some legal trouble.

On Thursday, the Attorney General of Switzerland (OAG) charged Al-Khelaifi for his involvement in a larger corruption case regarding the awarding of broadcasting rights to the 2026 and 2030 FIFA World Cup competitions and the associated Confederations Cup tournaments.

More specifically, Al-Khelaifi, who is the chairman of beIN Media Group and Qatar Sports Investments, is charged with inciting former FIFA secretary general Jérôme Valcke to commit aggravated criminal mismanagement, along with a third party.

The positive news, if there is any to be gleaned from this, is that the more serious criminal bribery charges have been dropped against Al-Khelaifi after he reached an agreement with FIFA last month.

FIFA also informed the OAG that the proceedings, which opened in March of 2017, have been partially abandoned after an “amicable agreement” was reached with Al-Khelaifi & partially with Valcke.

The cause of the legal headache for Al-Khelaifi centers around a villa in Sardinia. According to Sky Sports, Al-Khelaifi allegedly allowed Valcke to stay at the luxury residence exclusively and not pay any rent, which would have added up to around €900,000 to €1.8 million.

At the time, Valcke had influence over who would receive World Cup broadcasting rights, so you can see how allowing him to use a luxury villa rent-free could be considered questionable from a legal point of view.

After the decision was made public, Al-Khelaifi released a statement where he denied any wrongdoing.

“After an exhaustive three-year investigation, where I have fully and openly cooperated with the Public Prosecutor in Switzerland, I am pleased that all charges of bribery in connection with the 2026 and 2030 World Cups have been dropped.”

“As I have said vehemently and repeatedly for three years, the charges have not–and have never had–any basis whatsoever, either in fact or law. It is now–finally–indisputable fact that the 2026 and 2030 agreements were negotiated at arms length and without any improper influence in any form.”

“After the most forensic public, private, lawful, and unlawful scrutiny of all my dealings, I have been cleared of all suspicions of bribery and the case has been dismissed definitely and conclusively.”

“While a secondary technical charge remains outstanding, I have every expectation that this will be proven completely groundless and without any substance whatsoever, in the same way as the primary case.”

Nasser getting charged here was expected, and quite frankly he got charged with the least of what he could have been charged with. He’s already taken a backseat at PSG and my guess is that Qatar can put another person there if needed. Probably won’t be needed though. @PSGTalk

Since the charge against Al-Khelaifi involves his role at beIN Media Group, it shouldn’t have any noticeable impact on PSG or the players other than another example of unnecessary drama.