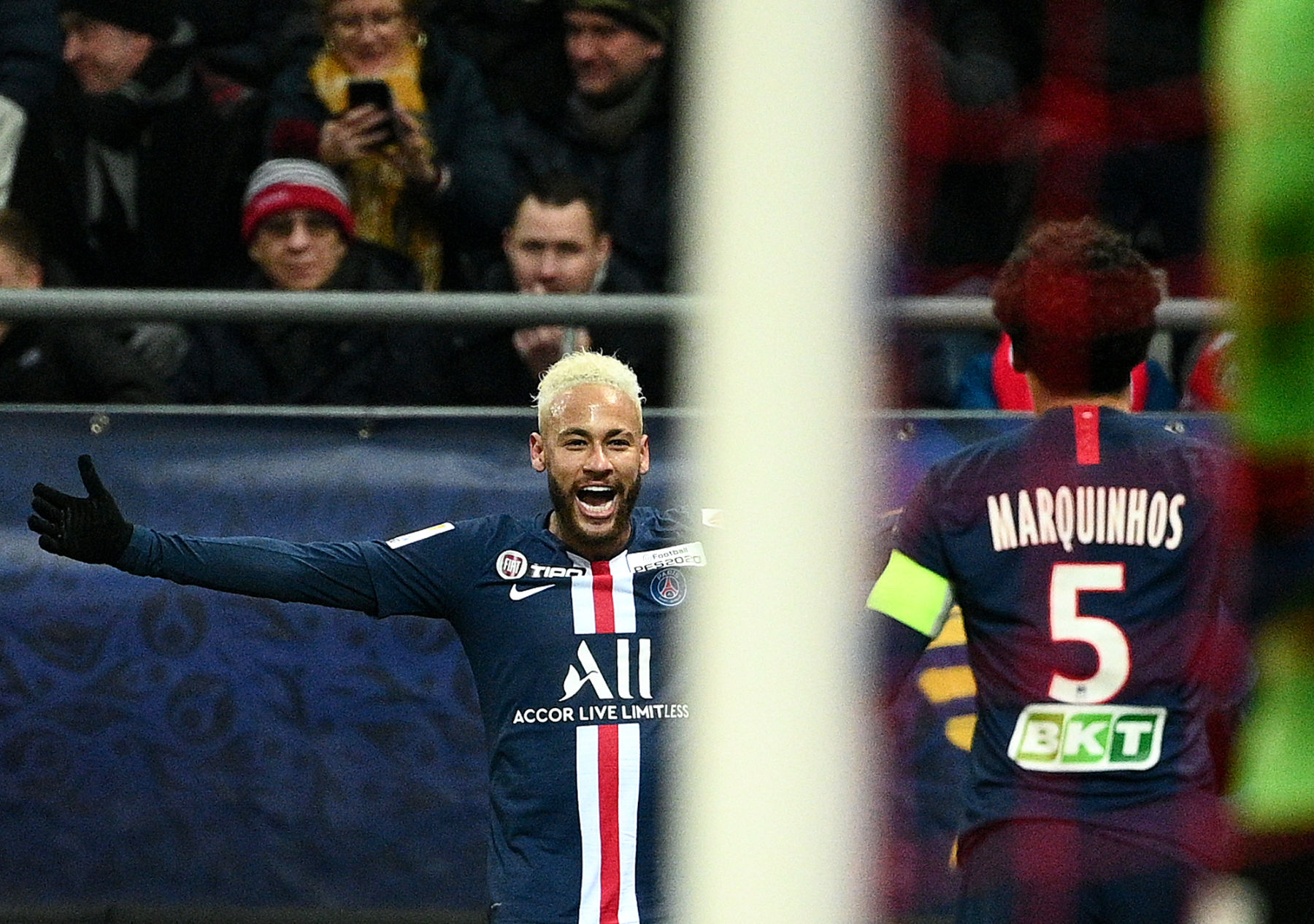 Paris Saint-Germain’s difficulties in capitalizing off of corner kicks are well documented.

Second goal from corner kick this year by PSG. Same goal scorer, Marquinhos. Last time was in August vs. OM#SDRPSG

Every corner taken by Di Maria since the last international break.

Against Stade de Reims in the semi-finals of the Coupe de la Ligue though, PSG finally found a breakthrough thanks to Neymar Jr. and Marquinhos.

In the 9th minute, Neymar whipped in a pass from the corner and Marquinhos jumped into the air and headed the ball into the back of the net past Reims goalkeeper Predrag Rajkovic.

It’s a great start for Thomas Tuchel’s squad who has struggled recently against Reims. They lost to Les rouges et blancs earlier this season and on the last day of last season.

A win would see PSG reach the finals of the Coupe de la Ligue final against Olympique Lyonnais where they could win their ninth French league cup.