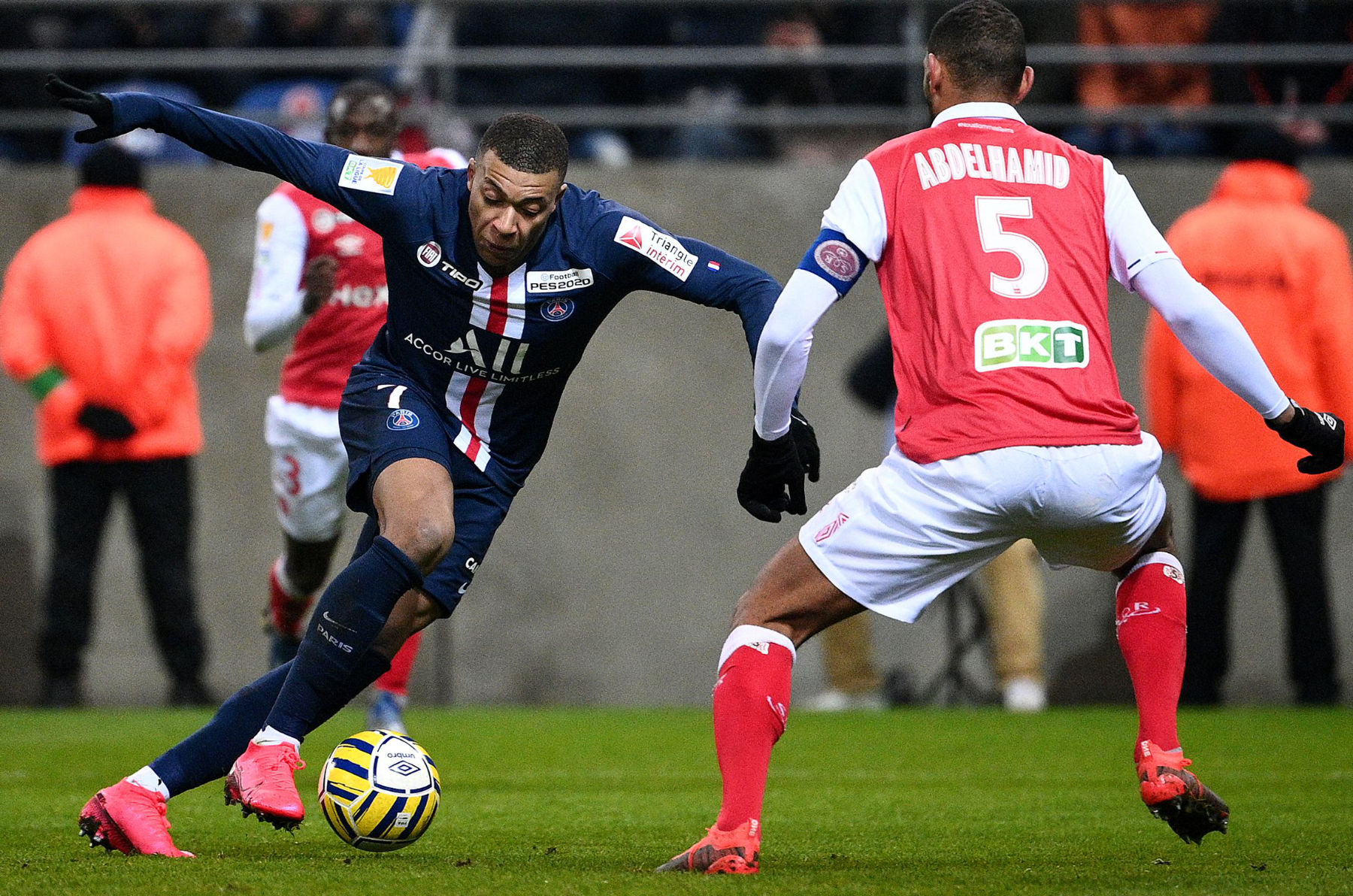 Kylian Mbappé might have a future with Paris Saint-Germain’s handball team.

In the latter stages of PSG’s match against Stade de Reims, Mbappé was on the verge of scoring his first goal on the night but was taken down in the box in front of Reims keeper Predrag Rajkovic.

As you know, Mbappé loves to score goals and he wasn’t about to let the Reims defenders stop him.

Kylian Mbappé received a yellow for this 😂pic.twitter.com/Wd9gvHICfx

Mbappe and De ligt in the race for the best handball U21 😂😂pic.twitter.com/qooiqq5iPN

After falling to the ground and his legs tangled in the defenders behind him, Mbappé lurched forward and smacked the ball with his hand! It was a decision that clearly showed his frustration as the Frenchman did not have one of his better games.

Mbappé received a yellow card for his efforts as he walked away and smiled. I suppose he’s lucky he didn’t receive a straight red card for that.

Ultimately, PSG didn’t need his goal as they won 3-0 to secure a place in the Coupe de la Ligue finals against Olympique Lyonnais.