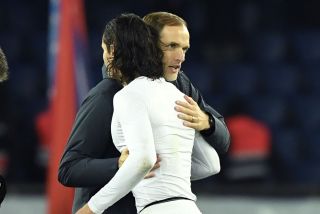 Transfer Talk
Tuchel on Transfer Window: ‘I Haven’t Made Any Special Requests’
By Eduardo - 5 January 2020, 7:33

In his first press conference of 2020, Thomas Tuchel has put out some fires with the January window opening.

During his scrum with the media, the Paris Saint-Germain boss talked about potential reinforcements and departures.

Tuchel first gave his thoughts about the January transfer window and whether any new recruits will be arriving in the French capital.

Despite not pushing for any major changes, Tuchel does mention once again that he’s not in charge of building the roster. As he said a few weeks ago, per Culture PSG, it’s Leonardo, PSG’s sporting director, that will talk about the transfer window and that his job is to train the players.

Tuchel then transitioned to midfielder Leandro Paredes and forward Edinson Cavani. Both players have had their names feature prominently in the rumor mill lately as possible departures. When asked about whether he thinks that both will stay, Tuchel did his best to squash the rumors.

“When it is necessary that they are there, the two are there, and I have a lot of confidence in both. I think they will stay with us. There is no need to think about anything else.”

Of course, we don’t expect Tuchel to be too forthcoming about who he wants to sign and which players he’s seen enough of and wants to sell. That’s the fun of the transfer window. However, if he is being truthful, many supporters will likely be frustrated as a quality right-back and perhaps another tall midfielder is needed to complete the squad.