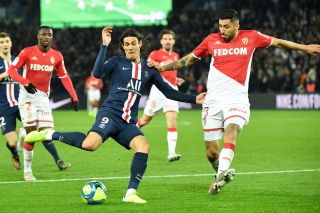 Edinson Cavani seems to be on the wish list for every top team in Europe that is in need of a striker this winter.

Tottenham Hotspur desperately needs a goal poacher with Harry Kane out for months with an injured ankle.

With few reliable options in their squad to fill the massive void left by the England international, the Independent reports that the North London side is exploring two potential strikers, Krzysztof Piatek of AC Milan and PSG’s Cavani at the request of newly appointed manager José Mourinho.

The report is quick to indicate that Cavani’s lofty wages (€12 million annually) would be too high for Spurs leading them to look elsewhere to fill their need for a striker.

According to Goal, wage concerns are an issue for Atlético Madrid who would also like to sign Cavani. However, the January transfer window closes in a couple of weeks and the La Liga side is doing everything possible to work out a deal with the reigning French champions.

Despite the unlikeliness of Cavani packing his bags for North London anytime soon, Spurs supporters took to social media to express their enthusiasm at the thought of PSG’s all-time leading scoring leading their team’s attack.

We need to get a striker. If this is a possibility? Then let's get it done ASAP

Cavani would be perfect for Spurs. That’s why it won’t happen and why I’ve lost interest in the club

I know Edi won't come..but, let me taste it just a little bit. 😋

Even former Tottenham players back the signing of Cavani:

🗣️ Darren Bent: "Spurs now, in this window, need to go and sign a centre-forward, and not just one that can play back-up to Harry Kane when he gets back.

"We spoke earlier about Cavani – there’s your guy, go and get him. He’s getting on in age but he can still do a job." ✍️ pic.twitter.com/0xLNWtzhp8