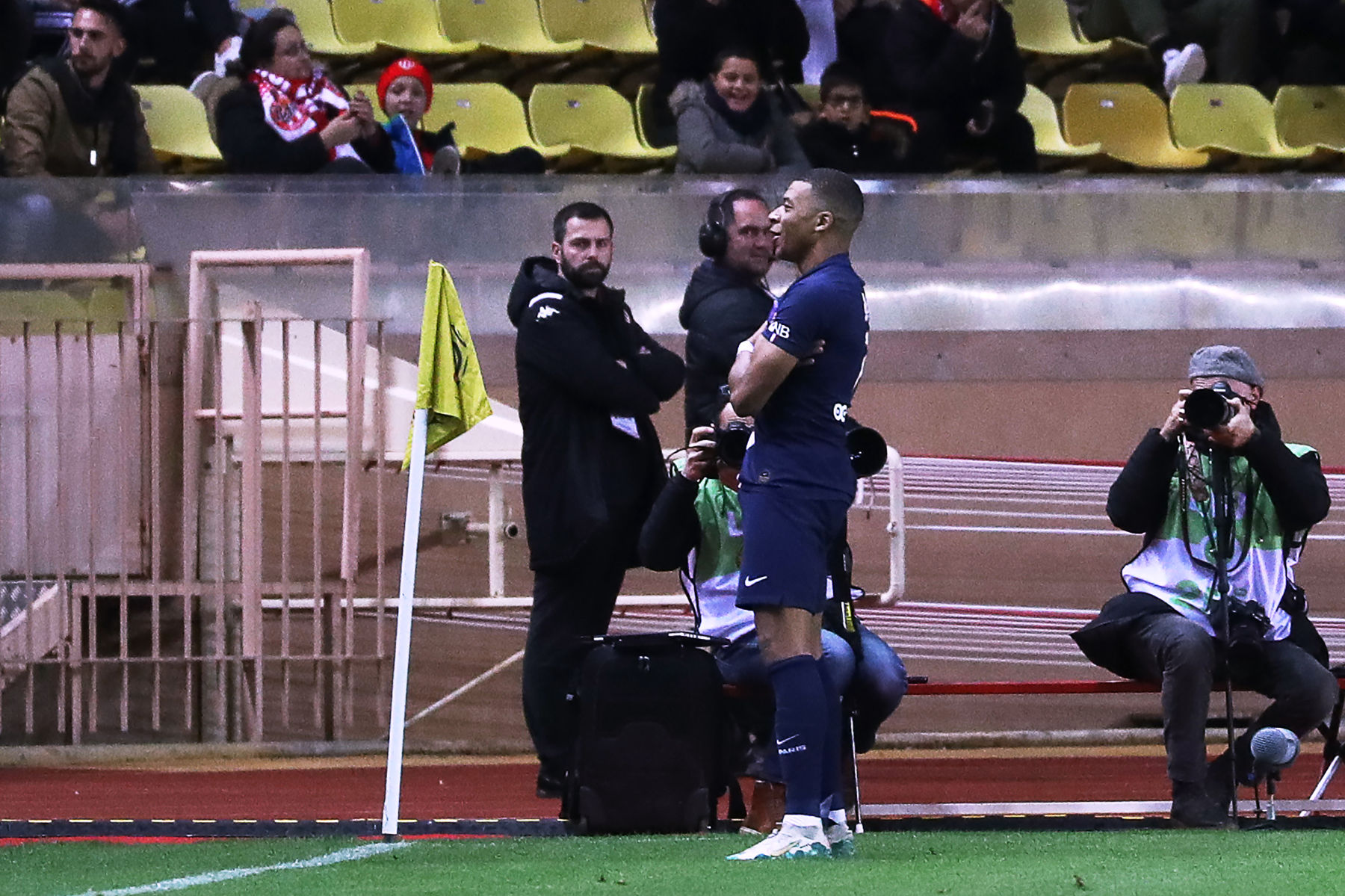 On Wednesday night, Paris Saint-Germain displayed their superior quality against AS Monaco winning 4-1 at the Stade Louis II.

It was the second time in three days where the two teams played and after a 3-3 draw last Sunday at the Parc des Princes, the reigning French champions exacted some revenge on the Principality club.

Thomas Tuchel’s side struck first in the 24th minute with a goal from Kylian Mbappé who was played in behind the Monaco defense by Angel Di Maria. Right before halftime, Neymar Jr. would double PSG’s lead from the penalty spot after Layvin Kurzawa was brought down in the box.

Pablo Sarabia, who came on as a substitute in the 71st minute, scored a minute later with his first touch of the game to leave no doubt that Paris Would secure the three points to extend their lead at the top of Ligue 1.

Tiémoué Bakayoko got the hosts on the scoresheet in the 87th minute but it was too little, too late. In fact, Mbappé scored another in stoppage time off an assist from Neymar. It was the Frenchman’s 13th goal in 14 Ligue 1 matches.

After the match, much of the talk centered on the Fantastic Four, revenge, and Edinson Cavani’s injury status.

“Sunday was a complicated game for us. Even if Monaco was good, it was important for us to come back here and bring back the three points. We are competitors, we had a revenge spirit and the desire to set the record straight.” — Presnel Kimpembe, Le Parisien

“He [Cavani] is injured, I was with him and the doctor after training, he felt something in the pubis [groin]. He couldn’t be with us, but that’s it.” — Thomas Tuchel, Canal+ (via Culture PSG)

“This 4-4-2? I really like it. After the game at the Parc des Princes, people said a lot that this system was not enough [defensively]. On paper, it’s a 4-4-2, but on the pitch, it’s not that, we play everywhere, the players make incredible movements…” — Thiago Silva, L’Equipe

“I think we talk a little too much about the front four. I have the impression that we play four in a team of ‘five.’ We play with eleven. We know we are very good players, but the stories of the Fantastic Four are not our thing. We want to win trophies. We leave the superlatives for people outside.” — Kylian Mbappé, L’Equipe

[Regarding VAR, which was used to confirm Mbappé’s first goal]
“We discussed this with UEFA. Everyone has the same opinion: the rule is fair but the system is manual. This means that there are possible differences (between matches and actions) because the offside line is placed with the hand on the images. It’s not 100 percent sure and it can decide a match. We would like the line to be wider to avoid mistakes, make faster decisions and give the advantage to attackers.” — Thomas Tuchel, Le Parisien

[Regarding lineup changes]
“We were forced to change three players [Marquinhos, Juan Bernat, and Thomas Meunier were absent]. Layvin [Kurzawa], Colin [Dagba] have achieved good things. Presnel [Kimpembe] brought his mentality, his ability to defend by advancing. As for Tanguy [Kouassi], he brought in size. It was necessary to face this adversary. We trust him. He played Sunday with the under 19s and was perhaps a little tied.” — Thomas Tuchel, Le Parisien