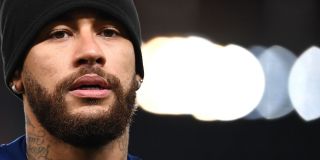 At the end of the season, Neymar Jr. will be approaching the final two years left on the initial contract that he signed in 2017 when he joined Paris Saint-Germain from FC Barcelona.

Typically, a club would like to either extend the player’s contract or explore transfer opportunities as you don’t want to allow the player to run down his contract to the final year and potentially leave on a free transfer. You especially don’t want that to happen if you spent €222 million like PSG did for Neymar when they paid his buyout.

With that in mind, Le Parisien is reporting that those close to Neymar seem to be indicating that the Brazilian is perhaps interested in extending his stay in the French capital and open to negotiating. A close friend of Neymar’s had this to say:

“If PSG wants to discuss, we will listen to what they have to say.”

Neymar’s friend also described the 27-year-old as “happy as he’s been in a very long time,” which is important because when Neymar spoke to France Football (via Le Parisien) last month, the entire reason he wanted to leave PSG was that he wasn’t happy.

While a contract extension with PSG is “a possibility” according to the friend, it does come with it a very large condition that the club must meet:

“If PSG has the results and wins. Because Neymar wants to win.”

In case you didn’t figure it out, the friend means PSG has to win the Champions League—or, at least be very competitive and not lose to a team like Manchester United who was severely undermanned last season.

This comment echoes the recent remarks made by one of Neymar’s relatives who spoke to L’Equipe on the condition of anonymity:

“One of the many reasons for [Neymar’s] initial desires [to leave] is that he needs to feel that he can gain great things. However, after the defeat against Manchester United, he had the feeling that the chances of winning the Champions League with PSG were close to zero.”

If PSG can deliver wins in the UEFA Champions League this season, it stands to reason that Neymar could sign the contract extension that didn’t get done last season.

Everything sounds great but PSG remains discreet about their intention regarding the future of Neymar. Remember, this is a player who has caused them a great deal of grief (last summer’s transfer fiasco) and has been injured the last two seasons when they needed him the most.

In a perfect world, PSG would reach the semi-finals of the Champions League (or beyond) and Neymar would remain healthy and contribute in a major way. If so, I have no doubt that Leonardo, PSG’s sporting director, will open discussions regarding a contract extension at the end of the season and we’ll see Neymar for years to come at the Parc des Princes.