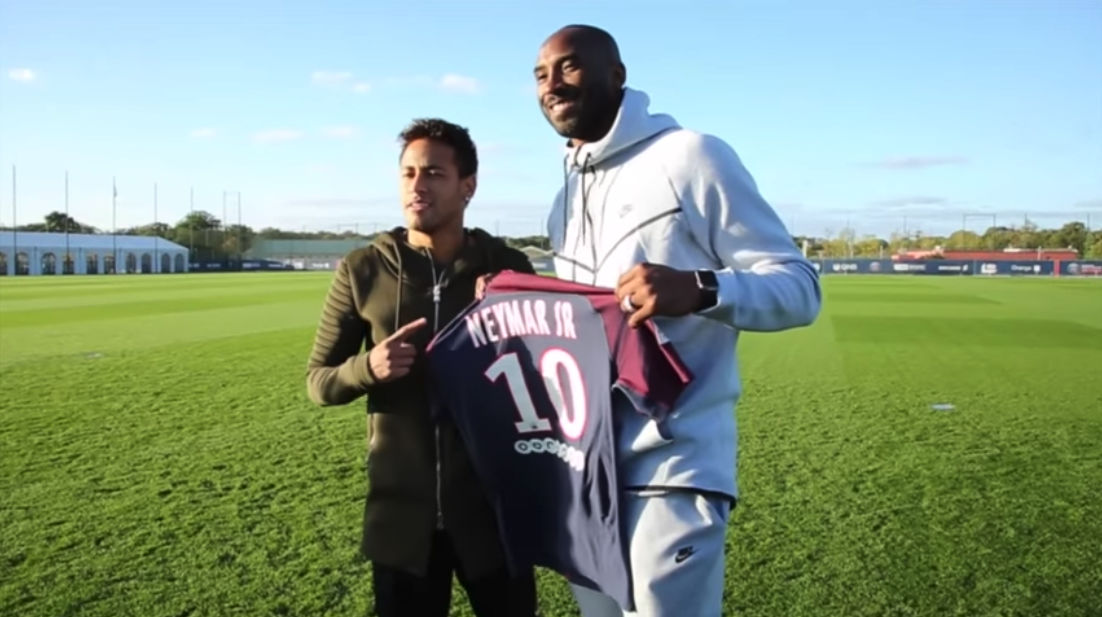 Minutes before kickoff between Paris Saint-Germain and Lille OSC, news broke that NBA legend Kobe Bryant was among five people killed in a helicopter crash in California.

Kobe Bryant, 41, has been killed in a helicopter crash in Calabasas https://t.co/jA37wd85FH

Bryant, who had spent time living in Italy as a young child, considered football his other favorite sport to basketball. As reported by Sports Illustrated, AC Milan and FC Barcelona were his two favorite clubs and the five-time NBA champions credited football for his vision on the basketball court.

Bryant was a student of the game and appreciated the immense talent of players like Neymar Jr. In 2017, Bryant visited the Paris Saint-Germain facilities to meet the players and observe a training session.

In the video above, there’s an interview with Bryant where he talks about how he enjoys watching how the best players and organizations prepare to play and how he was blown away by what he saw. Even though he was retired at the time, he was forever the competitor.

RIP Kobe Bryant – his visit to PSG in 2017 felt for people around the club like far more than just a celebrity visit. The intricate interest he took in understanding everything from training methods to structure spoke to the awesome sportsman he was. pic.twitter.com/aWxaxQIpiU

It’s unclear whether the players heard the news before taking the pitch but I imagine we’ll see some tweets from them after the Lille match. As we saw recently, several PSG stars were in attendance for the NBA in Paris game between the Milwaukee Bucks and Charlotte Hornets.