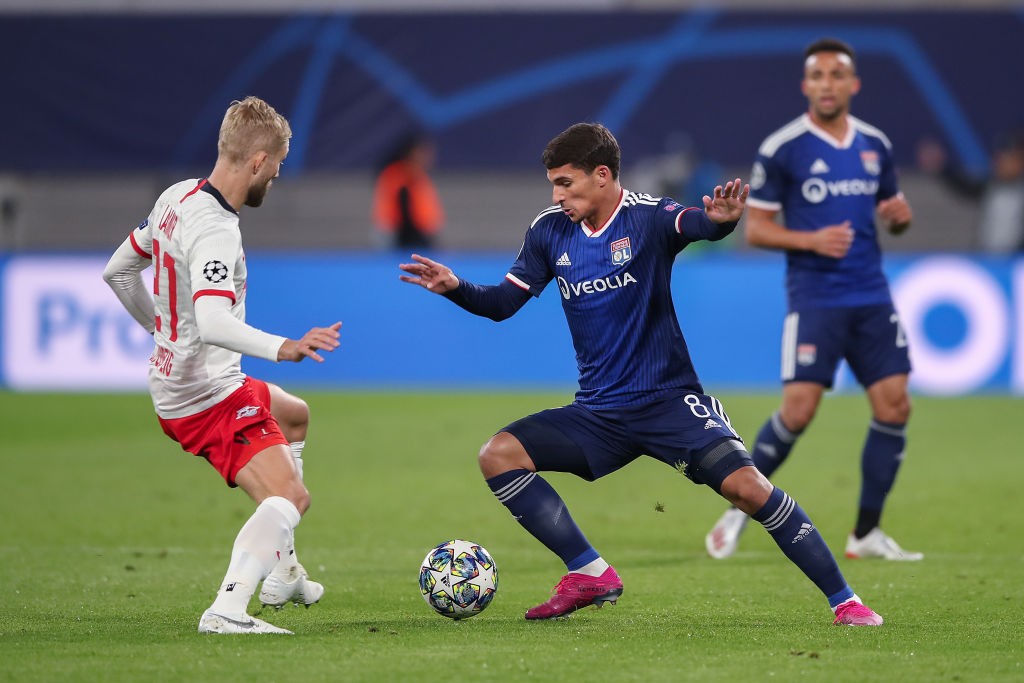 Paris Saint-Germain’s midfield is very much a priority for club sporting director Leonardo. Not only is he looking to add some height but also some younger legs. According to a report from Le10Sport, one midfielder who has caught Leo’s eye is Houssem Aouar from Olympique Lyonnais.

In the report, it appears as though both Leonardo and PSG president Nasser Al-Khelaifi are fans of the 21-year-old and would like to bring him to the French capital this summer. They feel the team could benefit from having another marquee French talent to go along with Kylian Mbappé. Currently, Aouar is averaging 81 minutes per game and is one of the more critical players for Lyon who sits in seventh place in Ligue 1 but only seven points behind third-place Stade Rennais.

For this transfer to actually come to fruition, two hurdles must be cleared. First, is the cost and the second is Lyon’s president Jean-Michel Aulas. The price tag for Aouar is around €50 million, per Transfermarkt, which is pricey but considering his potential that might be a bargain in the long run. Dealing with Aulas, on the other hand, could be a bit more difficult.

Depending on his mood at any given moment, Aulas is either happy to talk business with PSG or refuses to sell to them. Last summer, he was hoping that the Parisiens would make a bid for Tanguy Ndombele, even saying that Paris was his preferred destination for the defensive midfielder who ultimately signed for Tottenham Hotspur. Then there are times where Aulas will criticize PSG for their lavish spending, so if the capital club does pursue Aouar, they’ll have to see which Aulas they’ll talk business with during the summer.

Finally, although he’s a talent, at 5’9″, Aouar doesn’t solve the height issues for PSG. However, if the opportunity presents itself, it doesn’t seem like the club will pass on the opportunity to acquire another young French prodigy.

Video: ‘Neymar Is an Idol for Me’ – Lucas Paqueta Discusses His Relationship With the PSG Forward
10 November 2021, 23:52
Follow Us