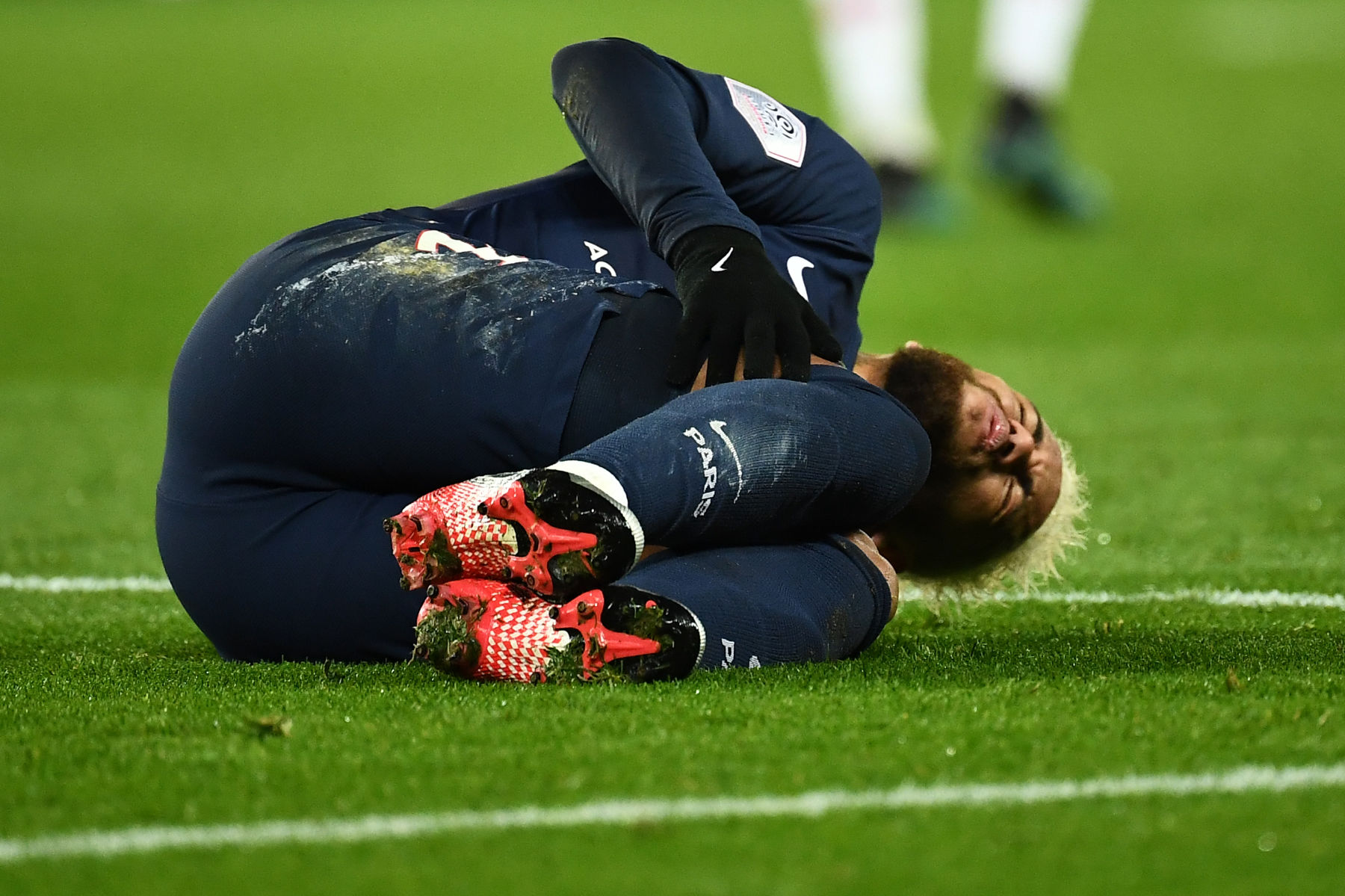 We’re beginning to run out of adjectives to describe how great Neymar Jr. has been for Paris Saint-Germain this season.

Since returning to the squad after last summer’s much-publicized transfer saga, the Brazilian has been the picture of professionalism and has delivered on the pitch as well. Through 17 matches in all competitions, Neymar has scored 15 goals and recorded 9 assists.

That success has not come without a price, though. In a report from Le Parisien, PSG “suffers the least number of fouls per match (10.5 this season),” but Neymar is the player in Ligue 1 “against which the most fouls are committed (3.8 on average this season).” That’s quite the anomaly.

This shouldn’t come as a surprise to PSG supporters nor PSG executives. If you remember, former sporting director Antero Henrique wrote a letter to the head of French referees to complain about the lack of protection Neymar receives in France.

Neymar is a difficult player to officiate. No one will deny that. His incredible ability with the ball almost invites contact because he tantalizes defenders with the ball before making a quick move to get past them. He’s often kicked from behind or bludgeoned to the ground out of frustration.

Since arriving in 2017, Neymar has yet to make it through a full season at Paris Saint-Germain without suffering a season-ending injury and some of the blame has to be put on the abuse he takes each match.

Just because Neymar is the most expensive player in world football doesn’t mean he should be subject to a different set of rules. It’s up to Ligue 1 and UEFA Champions League referees to apply the laws of the game and if Neymar is consistently foul, those offending players should be cautioned with a yellow card to make them think twice about making a rash challenge later in the match.