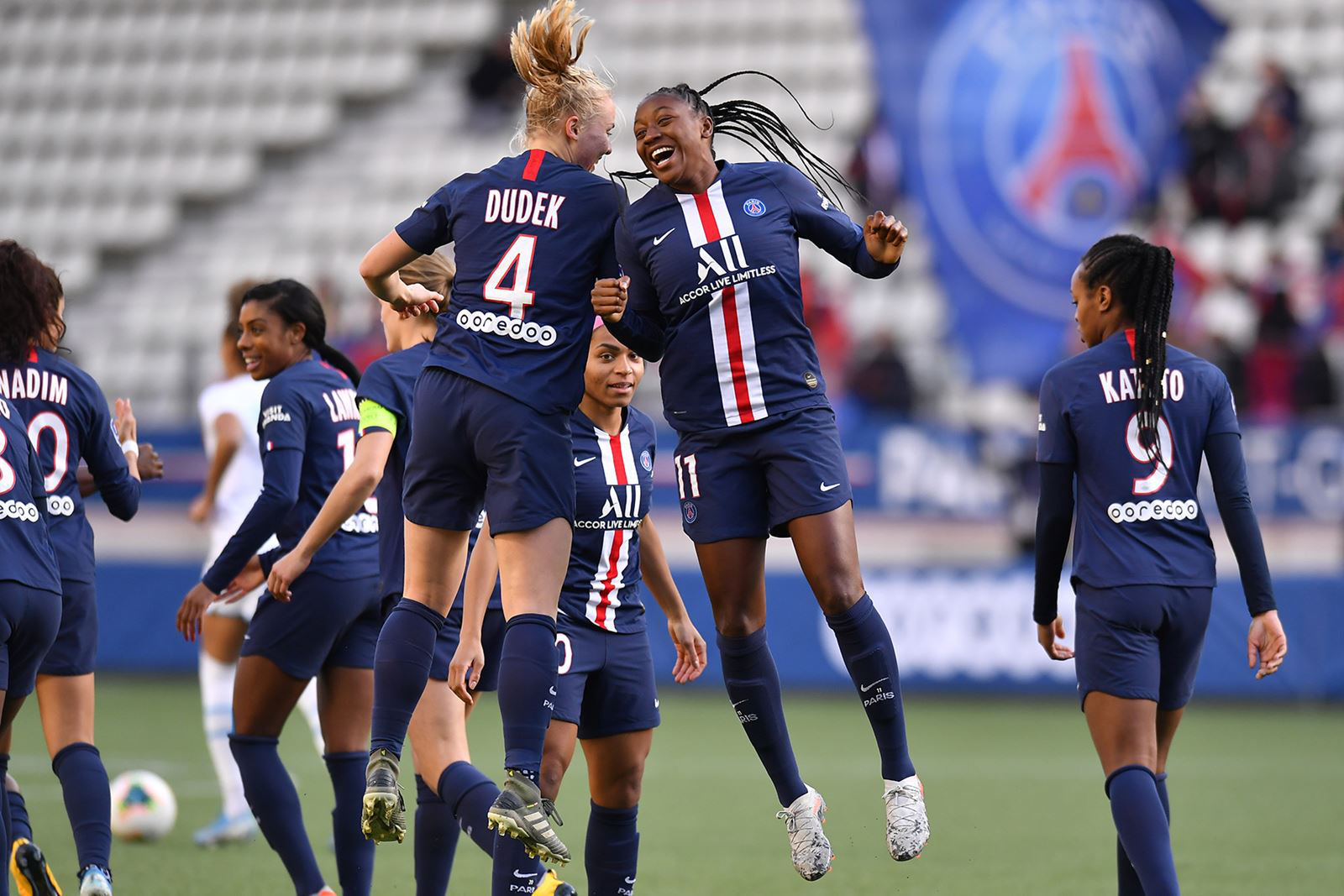 Paris Saint-Germain Féminine has started the second half of the season with a bang by defeating rivals Olympique de Marseille Féminin by a score of 11-0 in Le Classique on January 18.

The match at the Stade Jean-Bouin was over before it even got started with goals from Kadidiatou Diani and Nadia Nadim in the first 10 minutes. The contest was 8-0 before the half concluded.

PSG Ultras made sure that the domination was known by everyone in attendance by chanting things such as “We want a team in Marseille!” and held signs that read “Humiliation suits Marseille well” according to Le Parisien.

The match showcased pure dominance from PSG where five different players scored goals including hat tricks from Diani and Marie-Antoinette Katoto, a brace from Nadim, and super-sub Sandy Baltimore. Formiga added another goal as well.

The 11-0 scoreline was the largest defeat in Division 1 Féminine since September 2014 when Olympique Lyonnais Féminine defeated FC Metz Féminine 15-0.

Katoto and Diani bring their season totals to 12 and 11 goals respectively, which is just behind Lyon striker Ada Hegerberg who leads the lead with 14 goals.

New PSG signing Luana Bertolucci Paixão made her first appearance in the midfield coming on in the 63rd minute and did well to maintain the clean sheet.

Around the league, leaders Lyon drew against third-place Girondins de Bordeaux Féminine shortening the gap between them and PSG to just three points.

For Marseille, it’s more bad news as the club is currently sitting in the relegation zone and will need a quick turnaround if they want to climb their way out.

Up next for PSG is last-place Metz this Saturday where another offensive outburst could be in the cards.