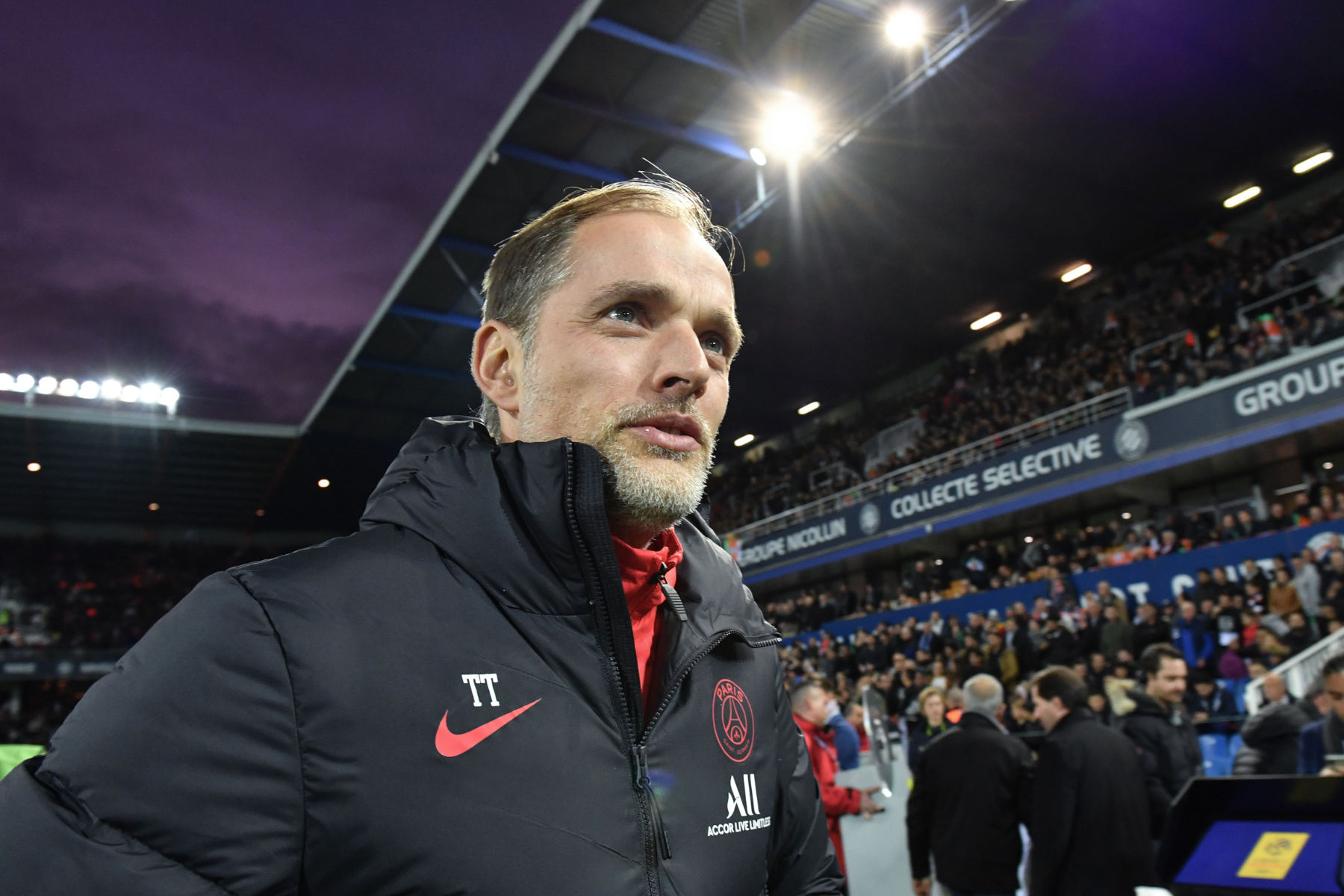 Match Recap
Tuchel Explains Why Mbappé Was Angry After Being Subbed Off
By Ed - 8 December 2019, 6:01

Paris Saint-Germain defeated Montpellier HSC 3-1 on Saturday thanks largely to Kylian Mbappé’s go-ahead goal in the 76th minute. However, the Frenchman didn’t appear thrilled with manager Thomas Tuchel when he was taken off in the 90th minute for Eric Maxim Choupo-Moting.

During the broadcast, Mbappé is shown covering his mouth while saying something to Tuchel. The manager has both hands on the player trying to slow him down and presumably explain his decision.

Mbappé never looked at his manager despite Tuchel patting him on the back in an encouraging manner. To be honest, it wasn’t a good look for the 20-year-old.

After the match, Tuchel was asked about the incident [via Culture PSG]:

“…Kylian never wants to go out, it’s clear. He did not want to against Nantes and still today, very late since there was 3-1 for us, but I decided that and it’s forgotten now. We must admit that Choupo deserves respect, he deserved to play and that’s my decision. He accepts it and it is not much.”

I’m not sure I’m buying what Tuchel is selling here. Mbappé was subbed off with seconds remaining in regulation. How much “respect” are you showing Choupo-Moting by bringing him into a game that has already been decided for four minutes of stoppage time?

Mauro Icardi scored PSG’s third goal in the 81st minute, why not take Mbappé off right after to protect him from potential injury and give Choupo-Moting more playing time?

Tuchel was forced to use two of his substitutions in the opening 25 minutes due to injuries to Presnel Kimpembe and Idrissa Gueye.

It’s understandable that he would sit on that last substitution in case of a potential injury, however, Montpellier went down to 10 men in the 72nd minute after Pedro Mendes received his second yellow card.

Tuchel could have used his final substitution right after Icardi’s goal and if there was another injury, the worst-case scenario is you’re playing 10 vs. 10 with a 3-1 lead for the final 10 or so minutes.

If the manager is aware that Mbappé hates being subbed off, why are you doing it in the 90th minute!? Maybe Tuchel doesn’t read the papers, but the Frenchman’s future at the club is very much up in the air with clubs like Real Madrid planning an all-out assault next summer to try and sign him.

The situation feels like an unnecessary power grab from a manager that may be starting to lose the dressing room. Supporters haven’t seen PSG perform at a high level since the 4-0 win over Olympique de Marseille on October 27, and only the brilliance of PSG’s individuals have saved them from embarrassment.

Not wrong. However, the other reality IMO is players do not respect Tuchel as much as they did or should. There, it is said. Individual brilliance is still there, but the respect needed to form a collective spirit remains absent. So, the remainder of this season is a big unknown.

Paris Saint-Germain welcomes Galatasaray SK to the Parc des Princes on December 11 in a match that means absolutely nothing. It will be interesting to see if Mbappé plays at all in this match or if Tuchel plays a reserve team with first place in Group A of the UEFA Champions League already confirmed.