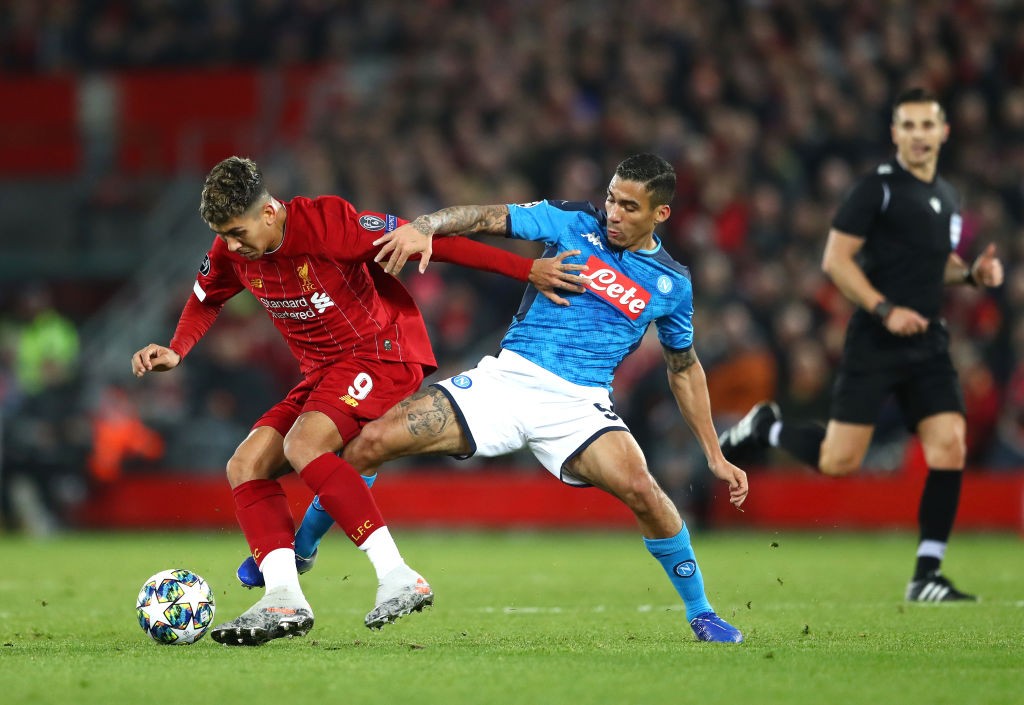 Paris Saint-Germain is not giving up on their aspirations of seeing Allan Marques Loureiro in their colors.

Over the past two transfer windows Allan’s name has come up as a target, but no transfer has occurred. Despite that, it looks as though the capital club will once again to try and seal a deal with Napoli for the Brazilian midfielder.

With Marquinhos going on record and indicating his preference to play as a defender, PSG will need a world-class defensive midfielder to fill that vacated role. Allan fits the mold Les Parisiens are looking for, which is why the club is looking to try and bring him to Paris once again. According to Le Parisien (via Culture PSG), PSG is exploring a loan-option this winter transfer window. However, Napoli is only looking for a transfer and in the summer.

The 28-year-old Allan is similar to Idrissa Gueye, which means that he has a motor that will see him all over the pitch and will stop at nothing to recover the ball. Last season, Allan introduced himself to the mainstream football fan, especially in that first match against PSG in the group stage. It’s there where rumors began surfacing that Allan was a target for Les Parisiens.

What exactly does PSG see in a player like Allan? Well, the numbers will help explain PSG’s admiration of the Brazilian.

Using numbers courtesy of SofaScore, let’s start with his passing game and how he serves as a link between the defense and the attack. In nine matches for Napoli, he’s averaging 72.3 touches per game. For midfielders with five or more appearances, Allan is sixth in Serie A in total passes per 90 with 64.05. Also, when it comes to the accuracy of his passing, the 28-year-old is fifth in the league averaging 56.17 per 90. In the long-ball category, Allan is 13th in the Serie A, putting up 4.13 accurate long-balls per 90 with an accuracy of 71 percent.

Allan is more than serviceable in other passing categories. When it comes to accurate passes in his own half, the Brazilian averages 26.08 per 90 while on the oppositions half, Allan is averaging 30.34 per 90. Having above-average passers in Allan and Gueye bodes well for Marco Verratti. All the Italian will have to focus on is putting the right pass to spring the attack because his midfield companions will have no problems in retrieving and passing him the ball.

Although Allan is an above-average passer, his bread and butter is his physical style of play. One way the Brazilian retrieves the ball is through his tackling. Allan leads the entire Serie A in tackles per 90 averaging 4.39, so he’s world-class at taking away the ball. Another way that Allan gets the ball is through winning his duels, particularly his ground duels. Allan wins 55 percent of ground duels and averages 7.36 ground duels won per 90.

SofaScore currently has Allan valued at €56 million, which is a reasonable price given his talent. PSG did pay for €32 million for Gueye when the Senegalese transferred over from Everton FC according to ESPN. The Brazilian is slightly better, but next month he’ll be 29, so there are only a few years left in his prime. Paying over €50 million for only a few prime years isn’t smart business.

In the past, PSG has struck down a deal with Allan, but hammering out a transfer deal with Napoli has remained the problem. The capital club is looking at a loan deal; however, they’ll have to do some convincing for Gli Azzurri to accept that type a deal. If the Italian club remains stubborn in their negotiations, then PSG will have to move to plan B.