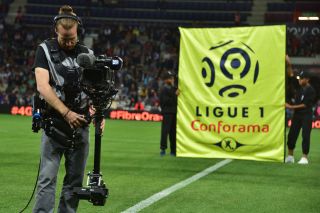 “We are not satisfied by the broadcast coverage in the U.S. Ligue 1 cannot be powerful [if] Ligue 1 is not distributed by Fox or ESPN.”

Those are the words of Didier Quillot, CEO of Ligue de Football Professionnel, and they’re echoed by just about ever Paris Saint-Germain and Ligue 1 fan in America.

beIN Sports holds the rights to broadcast Ligue 1 in the U.S. until 2024 and according to The Inquirer, they pay a very reasonable $80 million per year.

Unfortunately for Ligue 1, beIN Sports doesn’t have the same reach as Fox, ESPN, and other major broadcasters due to being dropped by Comcast, the largest cable provider in the U.S.

There could be light at the end of the tunnel though. According to a report from Reuters, Canal+ and beIN Sports France are close to agreeing to a deal that would allow Canal+ to broadcast select Ligue 1 matches in France.

With Ligue 1 struggling to connect with football fans in America, due in large part to beIN Sports and their minuscule subscriber base, it might be time for the league to force beIN Sports to partner with another company in America or simply break the contract entirely and find a new home in the U.S.

Recently, the Bundesliga left Fox for ESPN+, the streaming service from ESPN, as reported by ABC News. In addition to the Bundesliga, ESPN+ also boasts rights to Serie A, Dutch Eredivisie, the FA Cup, and several other competitions.

ESPN+ would be an upgrade over beIN Sports for PSG and Ligue 1 but you have to wonder if it will get the attention it deserves in an already crowded space. Fox could jump back into the game by purchasing the rights to Ligue 1 or perhaps another legacy broadcaster like CBS.

If Ligue 1 wants to be innovative, they could target Amazon, Apple, Twitter, and Facebook as potential partners who would use their platforms to broadcast the league.

Surprisingly, La Liga recently extended its deal with beIN Sports in America through 2024 as reported by World Soccer Talk. Outside of the Premier League, La Liga is one of the most-watched leagues and considering beIN Sports no longer on Comcast and DirecTV, it’s curious that they would want to remain.

What do you think? Who would you like to see broadcast Ligue 1 and PSG games in the U.S.? Let us know in the comments or on Twitter @PSGTalk.