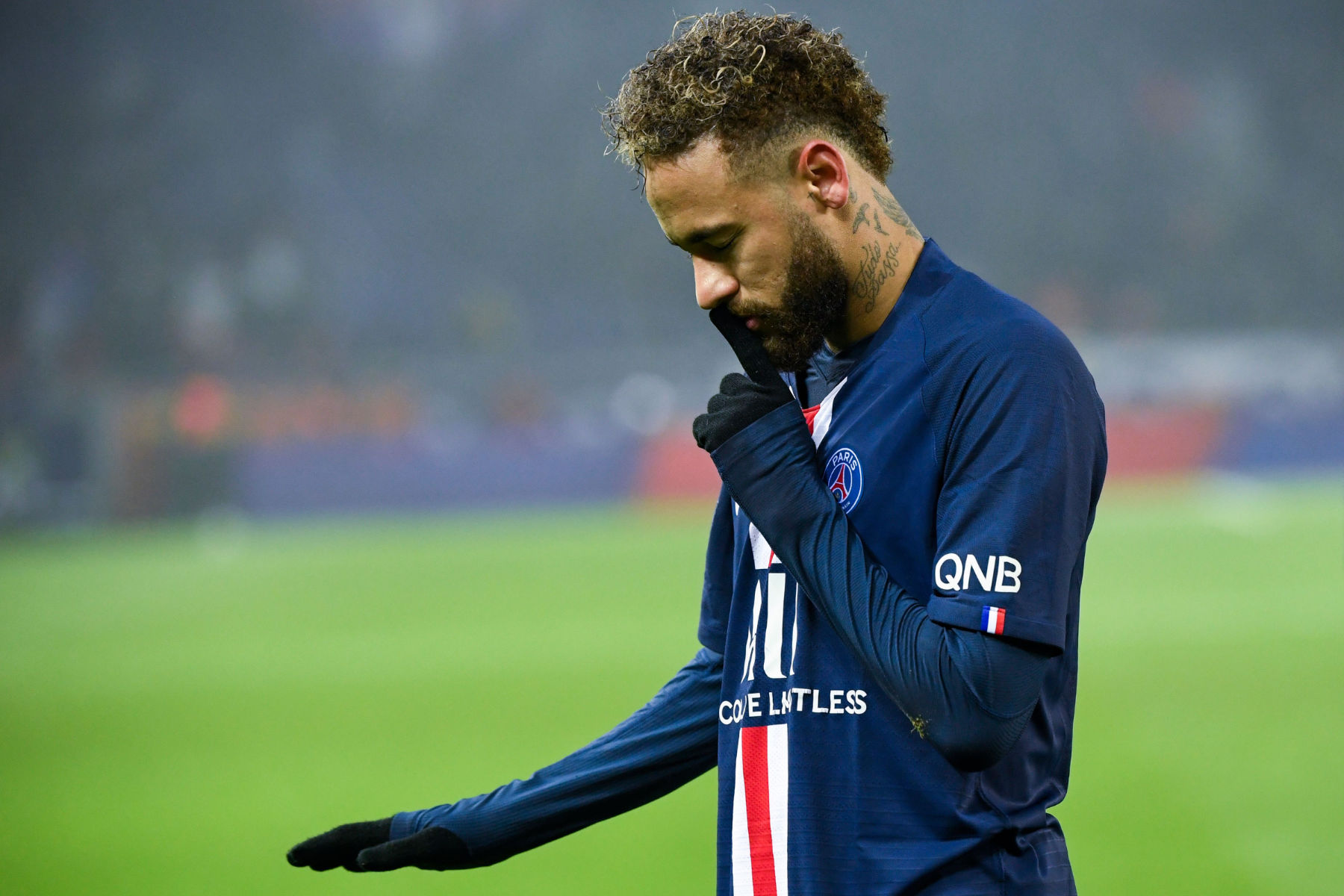 Against FC Nantes on Wednesday, Paris Saint-Germain forward Neymar Jr. was booed and jeered by the Parc des Princes faithful in what I believe was a shameful display of fan support.

ESPN‘s PSG correspondent Jonathan Johnson reported on Twitter that the booing started pre-match and continued throughout until the Brazilian was subbed off shortly after converting a penalty kick to put PSG up 2-0 over the visitors.

For those asking, Neymar was booed pre-match… Just not that much as it is not exactly packed to the rafters here! #PSGFCN

In the video above, you can hear some of the fans whistling as Neymar walks off the pitch to be replaced by Edinson Cavani who in turn had his name sung by the majority of the supporters.

I’m not going to call out any group in particular. You can go on Twitter and find out fairly easily who is being blamed. What I will say is that if you’re going to attend games at the Parc des Princes and abroad, you should stop booing Neymar. It’s not a good look.

Neymar celebrating his goal after being booed by a section of PSG supporters 👀 pic.twitter.com/dByZF5FQvC

For the most part, Neymar Jr. has done and said the right things since his failed transfer to FC Barcelona last summer.

In seven total appearances in all competitions, the Brazilian has scored four goals, including three game-winners. Last Tuesday, in only his second match since returning from injury, he led the attack in the second half that ultimately resulted in a goal that brought PSG level with Real Madrid and clinched the top spot in Group A of the UEFA Champions League. Neymar hasn’t played often but when he has, he’s been money.

Speaking of that game against Real Madrid, Neymar was benched for the first half. Manager Thomas Tuchel said it was due to his lack of match fitness but Neymar could have very easily been disruptive after that decision. In fact, he could have been disruptive at any point during the season so far. Instead, he’s said the right things about the team, his performances, the manager, and even the Ultras.

From what I can see with my own eyes, Neymar is giving his all for the PSG badge. When he is healthy, Tuchel plays him and the 27-year-old gives maximum effort. After the final whistle, he’s a professional when interviewed by reporters attempting to lure him into saying something negative about PSG.

Cavani has also been professional since being usurped by the more technically gifted Mauro Icardi but when El Matador is given playing time, he’s looked absolutely dreadful. He’s missed several easy goal-scoring opportunities this season but the whiff against Nantes might go down as one of his worst.

And yet, Cavani is the one who has his name sung by the supporters. It’s true that the Uruguayan is PSG’s all-time leading scorer and a club legend, but he has been so bad this season I’m starting to wonder if Eric Maxim Choupo-Moting has passed him in the striker hierarchy.

It’s funny that some PSG supporters whistle at Neymar for his actions last summer but Cavani has his name sung even after his dad publically said that his son may win all of the trophies in France but not a Champions League because you need more than money.

That is a direct shot at PSG and to my knowledge, Cavani has not come out and refuted anything his father said.

Hypocrisy aside, supporters need to understand the impact their actions could have. Why would a top player want to come to PSG in the future after witnessing how the most vocal fans treat Neymar? The booing is red meat for the media who already dislike PSG. It gives them ammunition to criticize the club, Neymar, and Ligue 1.

Neymar scores and the crowd chants for Edinson Cavani.

Do you all want to lose games or something? #PSGFCN

Not only that, but they’re setting themselves up for an interesting situation if Neymar does, in fact, deliver a birth in the semi-finals of the Champions League or even more. Imagine Neymar in Istanbul lifting the Champions League trophy over his head. Are these same supporters going to whistle at him? Are they not going to recognize the achievement because they’re butt-hurt over him wanting to leave the club previously?

If that doesn’t convince them to stop booing Neymar, maybe this will. Without Neymar’s three game-winning goals (9 points), PSG would have only recorded three points from those matches, which would put them below rivals Olympique de Marseille in the Ligue 1 table right now.

I was as critical as anyone of Neymar during the summer transfer drama. I believe I called him damaged goods at one point. Right now though, the relationship between PSG and Neymar is all business. They’re both using each other. Neymar needs to prove he is a top player and worth a team signing him for a large transfer fee next summer and PSG is using him to win the Champions League. I can get on board with that. Football, after all, is a business whether we like it or not.

The sooner those fans realize this, the sooner we can get back to a cohesive atmosphere at the Parc des Princes.