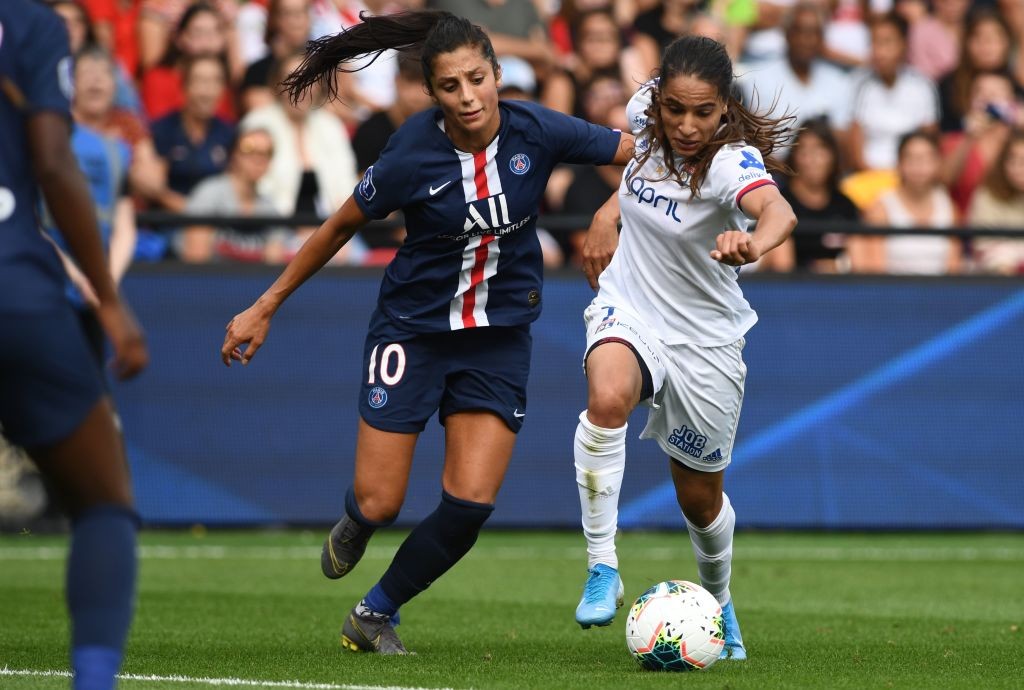 In an interview with Le Parisien, Paris Saint-Germain Féminine striker, Nadia Nadim, went into detail about her life as a refugee, a footballer, and plans once her playing career is over.

Nadim’s story is out of a Hollywood film. The Danish striker was born in Afghanistan, but after the murder of her father, her family fled to Denmark. Life for her at the refugee camps was simple; go to school from 9 am to 1 pm, the time after was theirs to do whatever it is they wanted. During her free time, Nadim chose to play football because it’s what everyone at the camp was playing.

As a result, it was in the camps where she fell in love with the game of football. In her interview with Le Parisien, Nadim explains how she felt when discovering football.

“The first time I saw the children playing, there was the light above my head, the angels behind me, the music… (laughs).”

Her love for football at an early age has resulted in a five-year career that has seen her play for Sky Blue FC, Portland Thorns FC, Manchester City, and now Paris Saint-Germain. With PSG, the 31-year-old is having a successful season so far, appearing in 17 matches and scoring seven goals.

Playing at a top-level, Nadim wants to leave the sport in a better place than when she found it. She wants to help girls who don’t have access to the sport, but more importantly, remove the label that the sport is only for boys.

Furthermore, she goes on to say that there’s progress and that more people are open to supporting their daughter’s dreams of playing football.

Finally, Nadim has plans for after her playing career. Currently, she’s in the progress of becoming a surgeon; once her studies are done, Nadim hopes to work for Doctors of the World because of the help they provide for those in need.