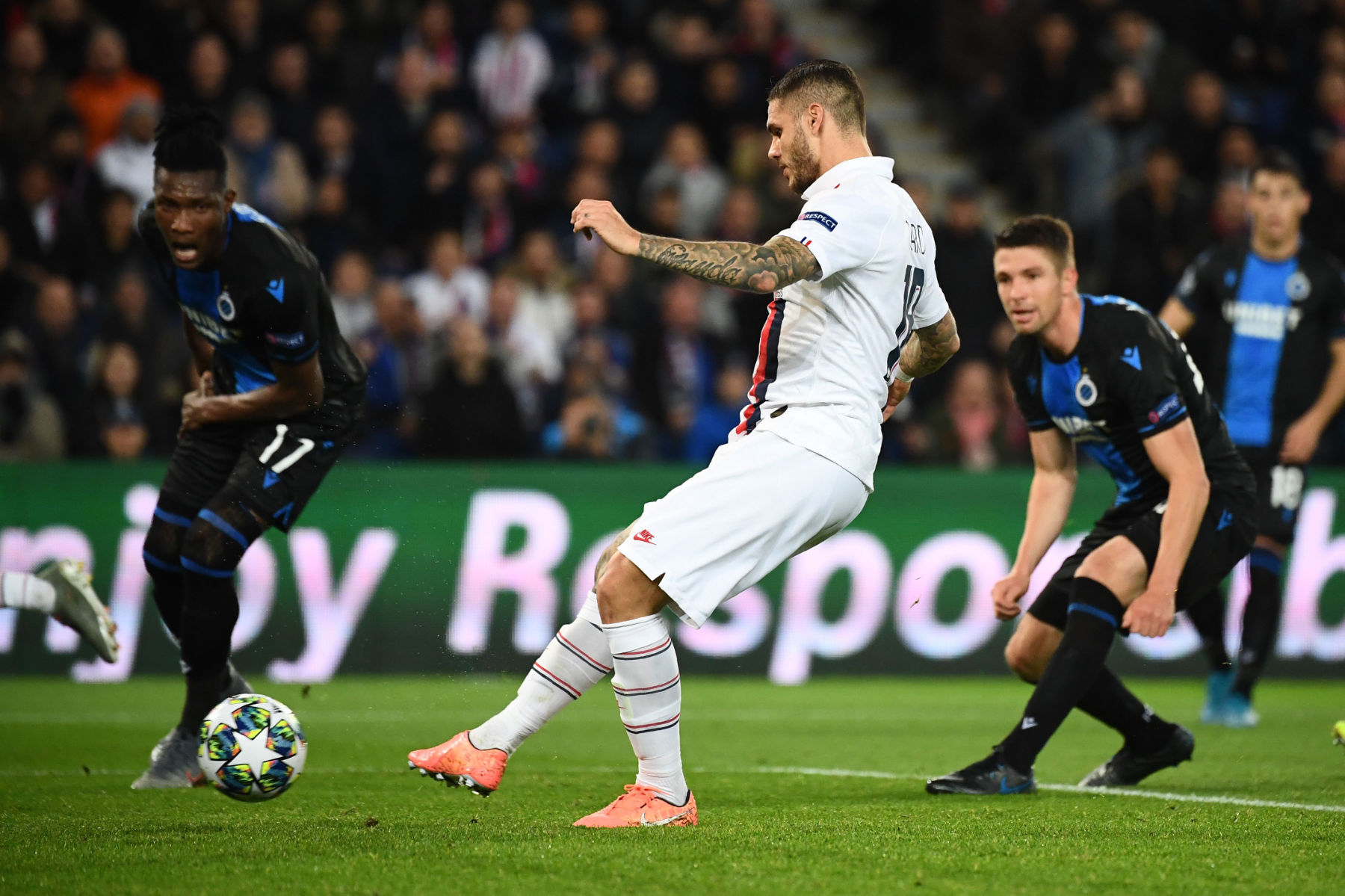 Paris Saint-Germain opened up the scoring against Club Brugge in the UEFA Champions Leauge with a tap-in goal from Mauro Icardi.

In the 22nd minute, Icardi ran out in front of PSG’s attack and settled in front of Simon Mignolet’s goal. Colin Dagba crossed a ball into the box and Di Maria got a nifty flick on the ball and pushed it on to Icardi for his fourth Champions League goal this season for PSG and eight overall in all competitions.

VAR did take a look at the goal to confirm that both Icardi and Di Maria stayed onside and the goal was confirmed.

A win for PSG over Brugge will see them clinch a place in the knockout stage of the Champions League.