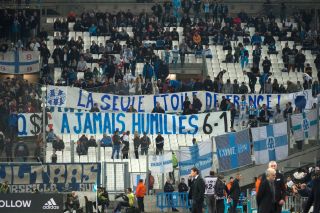 Video
Video: Explaining Why Paris Saint-Germain is the Most Hated Team
By Ed - 4 November 2019, 6:30

I would argue that Paris Saint-Germain is not only hated in France, but they’re the most hated club in Europe.

Late one night I was going down a YouTube rabbit hole watching videos about PSG when I discovered this feature from Oh My Goal that was posted four months ago.

The video explains why PSG is hated in France and does a pretty good job of explaining the situation in an easy-to-follow way. I would push back on their argument that PSG wins every domestic trophy though. Stade Rennais won the Coupe de France last year and in AS Monaco won Ligue 1 during the 2016-17 season.

The factors as to why they’re hated are simple. They’re owned by Qatar Sports Investments, which is backed by the country of Qatar. PSG’s meteoric rise is thanks to the large cash infusion from QSI and those funds helped finance the signings of Edinson Cavani, Angel Di Maria, Kylian Mbappé, Neymar Jr., Thiago Silva, and other star players.

You only have to read Olympique de Marseille manager André Villas-Boas’ comments about PSG to understand how some in France feel about PSG’s financial advantage. That’s why when a team like Dijon FCO pulls off an upset like they did last Friday, it’s close to a national holiday in France.

In Europe, PSG is hated because of Neymar and his “diving antics,” “new money” status, and the fact that they’re a French team playing in a league that is dismissed by many English journalists and media outlets. I wonder why that is…

Do you think there is a team that is more hated than PSG? Let us know in the comments below or on Twitter @PSGTalk.