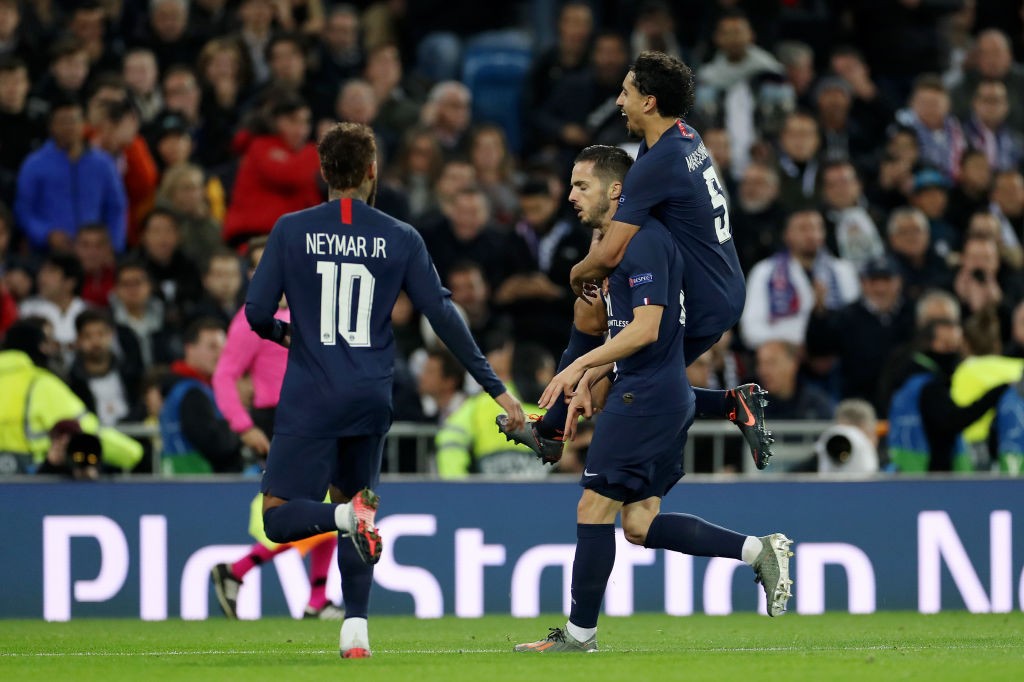 Paris Saint-Germain’s 2-2 draw with Real Madrid took some years off the lives of the supporters. Before the match, controversy ensued as Thomas Tuchel decided to leave Neymar Jr. on the bench. The German manager chose to go with an attack that featured Mauro Icardi, Kylian Mbappé, and Angel Di Maria instead.

Les Parisians came out sluggish, which is why Real Madrid was able to score the first goal courtesy of Karim Benzema. Then there was the VAR incident. Thibaut Courtois fouled Icardi, and the Belgian was sent off with a red card. It looked as though PSG were about to catch a break and tie the match; however, it wasn’t to be. Mostly everyone thought the referee was heading to check on foul, but he had everyone fooled.

Long story short, Portuguese referee Artur Dias went to review the play leading up to the foul between Idrissa Gueye and Marcelo. The referee made a 180 decision in which he overturned the red card, and there was no penalty. This was the reaction on Twitter to that decision:

But it was all pulled back for a foul on the halfway line 🤯#RMAPSG #UCL pic.twitter.com/blPR5zbfKn

VAR is shite!!!! Anyone watching the Madrid game. Ridiculous

LOOOOOOOOL WHAT IS EVEN GOING ON IN THAT REAL MADRID GAME? THE REFEREE JUST SENT OFF COURTOIS AND GAVE A PENALTY TO PSG THEN REVIEWED VAR AND SAID THERE WAS A FOUL IN THE MIDDLE OF THE PARK AND AWARDED A FREE-KICK TO REAL MADRID. MADNESS 😂😂😂😂

So, anytime a decision goes against Real Madrid, VAR will look for the smallest foul prior to the goal/PK decision to call it off? I just want to make sure I understand the rules of the game now. #RMPSG

How far are we going back on VAR? I promise u that in the build up to every goal u can find something to give if u press rewind long enough 🤣 blatant corruption! #RMPSG

It didn’t get much better for PSG as they would concede a second goal to Los Blancos late in the match. Down 2-0 it felt like deja vu, as VAR would once again hinder the capital club yet again from getting a favorable result.

Then something extraordinary happened. PSG fought back against a top-level club on the road. Around the 80th minute mark, Mbappé scored to make it 2-1. Minutes later, Pablo Sarabia, out of all people, made the Santiago Bernabéu Stadium go silent. PSG made it 2-2 and everyone on Twitter lost their minds:

Out of absolutely nothing, PSG level in Madrid. Insane. #UCL

ARE YOU KIDDING ME RIGHT NOW…..

It's 2-2! Pinball in box and ex-Madrid kid Pablo Sarabia slams in the equaliser!

2 PSG goals in 2 minutes. One gift and the other a former Real Madrid player obviously. #RMAPSG pic.twitter.com/TJQKq89s9f

Real Madrid fans suddenly wishing that Courtois had been sent off after all 😳 #RMAPSG pic.twitter.com/VEsae9YtZm

PSG was able to overcome adversity and left Madrid with one point. Also, with the draw, PSG has clinched Group A and supporters can now think about certain matchups in the Round of 16 of the UEFA Champions League.