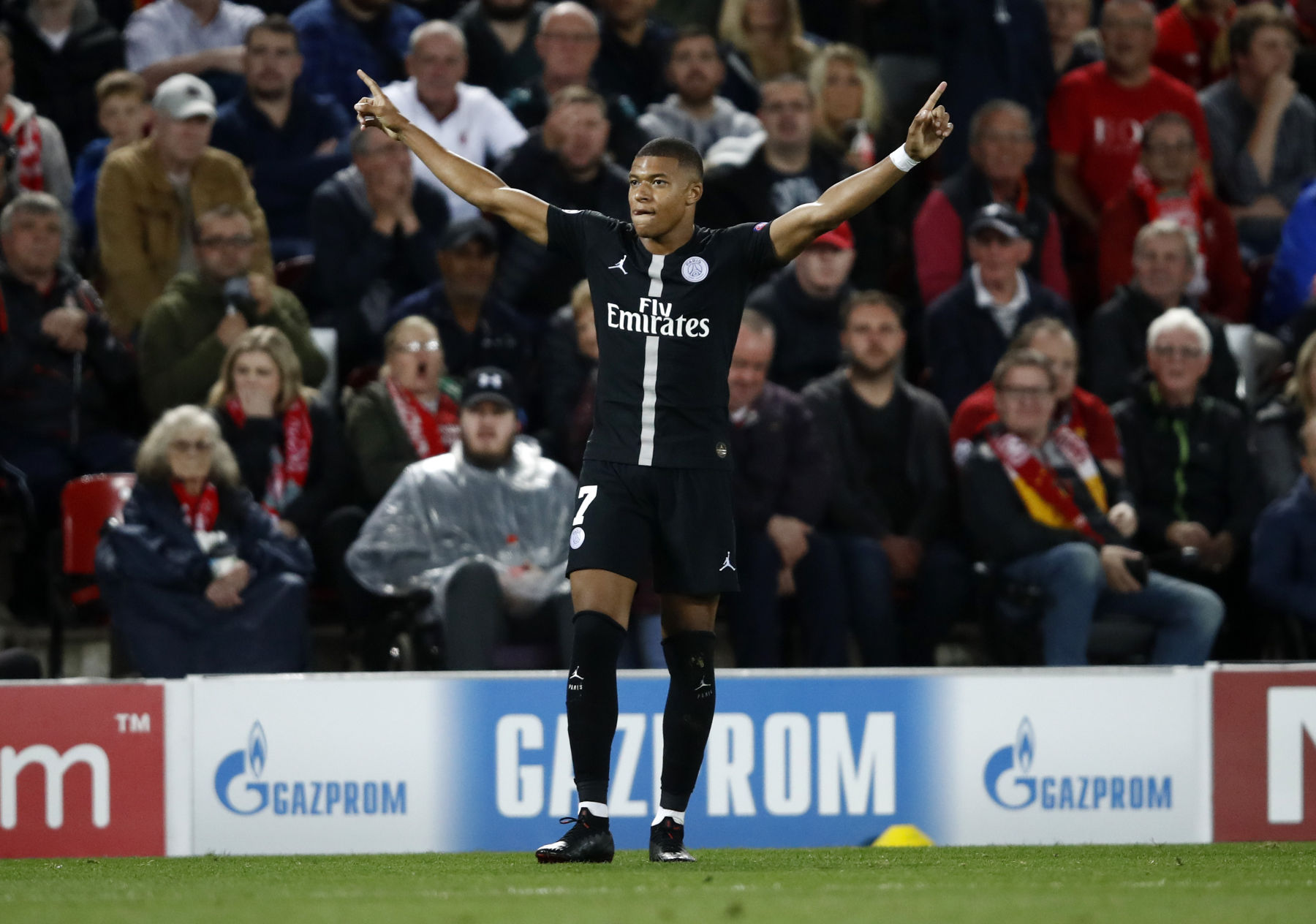 Liverpool FC is currently preparing for a top-of-the-table clash against Manchester City at Anfield on Sunday but manager Jürgen Klopp took time out of his schedule to address rumors regarding his club’s interest in Paris Saint-Germain forward Kylian Mbappé.

Reported by The Guardian on Friday, Klopp believes winning last season’s UEFA Champions League and leading the Premier League has only enhanced Liverpool’s reputation with the world’s top players and Anfield is now a desired destination for top-tier talent like Mbappé. The report goes on to say that Klopp is familiar with Mbappé’s family as he met with them prior to the Frenchman leaving AS Monaco in 2017 and joining PSG.

If you recall, the connection between Liverpool and Mbappé is not new but it has heated up recently. A court decision allowing Liverpool to sign with Nike and leave New Balance sparked #Mbappe2020 and even a simple Instagram “like” has incensed Liverpool fans. Mbappé hasn’t been innocent in all of this either. He had to know what would happen after he said he uses Liverpool when playing the FIFA video game in an interview with ESPN.

It all comes down to money though, doesn’t it? According to Klopp, that’s where the dream of Mbappé to Liverpool collapses.

“Buying this caliber of player is difficult. I don’t see any club at the moment who can buy Kylian Mbappé from PSG,” Klopp said. “I don’t see any club, that is how it is. And we are involved in the clubs that cannot do it. It is as easy as that.

Klopp continued and emphasized further that the reigning European champions will not be signing Mbappé.

“OK, from a sporting point of view, there are not a lot of reasons to not sign him. What a player he is,” Klopp said. “But it is about the money of course. No chance. Absolutely no chance. Sorry for killing that story.”

Klopp is probably right in what he’s saying. PSG is desperate to hold on to Mbappé and if they held out for a fair offer from FC Barcelona for Neymar Jr., as documented by Bleacher Report, what makes anyone think they will give a club a discount to sign Mbappé, who is younger, has fewer injures, and might be just as talented as Neymar?

Liverpool is a quality side with great players, however, they didn’t obtain those players by breaking the bank. They’re not Real Madrid. For them to open up the vault to afford a player like Mbappé would be completely out of character. However, Klopp’s strong denial does make you wonder if he’s setting up a spectacular bid in the summer.

I’m not a huge fan of Klopp’s but I do appreciate his comments here. Zinedine Zidane, on the other hand, hasn’t stopped talking about Mbappé despite PSG sporting director essentially telling him to stop.