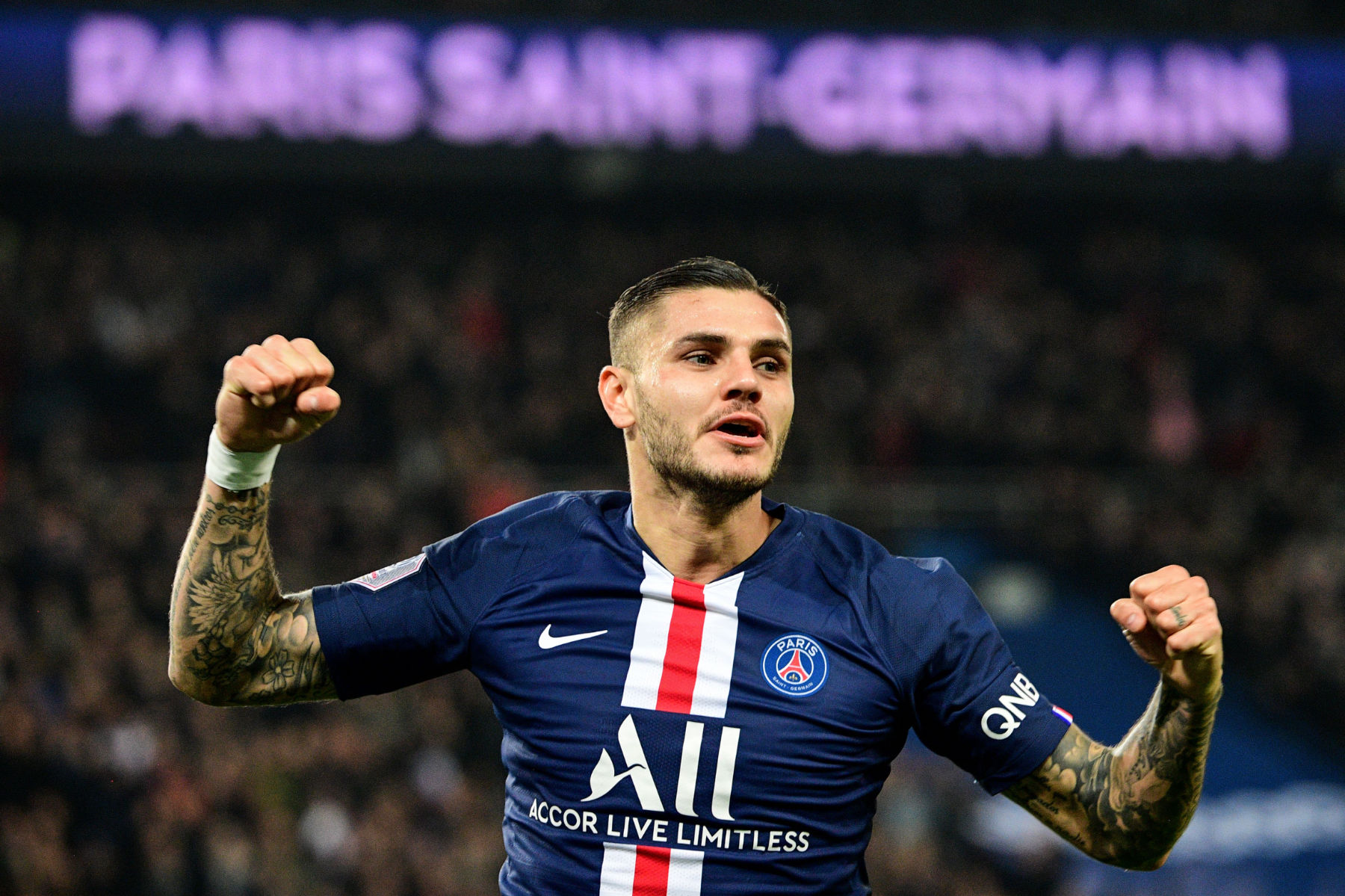 Mauro Icardi has gotten off to a flying start since joining Paris Saint-Germain last summer on loan from Inter Milan.

Through eight games in all competitions, the Argentine has scored seven goals and recorded one assist. He hasn’t just been padding his stats against lower-level Ligue 1 opponents either. He netted the match-winner against Galatasaray S.K. in Istanbul and scored a brace against Club Brugge and Olympique de Marseille.

He has integrated quickly into the squad and has supplanted Edinson Cavani as the unquestioned starting striker for the reigning French champions. With a €70 million option to buy according to Marca, sporting director Leonardo is already considering activating that clause and keeping the 26-year-old at the Parc des Princes.

In a recent interview with RMC Sport, Icardi returned the love to PSG stating that he would nothing more than to stay in Paris. Here are some of the highlights from his conversation with the French media outlet (via Culture PSG):

“I do not think I’m the team’s favorite player, but I’m happy to be here, to contribute to the team’s game thanks to my goals and that’s what counts in the end. I came here to help the club and my teammates and so far I have arrived.”

On His Brace Against Marseille

“It was an important day for me because it was also my daughter’s birthday. It’s always good to play a classico on this date and it was wonderful to score a double. It was an unforgettable day.

“Honestly, I did not expect such a fast integration. I did not think I was immediately integrated in the group. I had the chance to play right away and I got on well with everyone. In addition, many players speak Spanish or Italian and that’s something that helped me a lot in my integration.”

“I was expecting to play more with Neymar. Unfortunately, I got hurt, and after that it was him. But we have all year ahead. Yes, there was an early agreement with Neymar, we talked off the field. It’s obvious that he is a decisive player who can make the difference as he showed during the matches he played. We must wait for his return.”

“I have known Edi for a very long time. We had already faced each other in Italy a long time ago. Edi is an extraordinary player, who has marked the history of PSG. He has done so much here. I have arrived here, I want to make my contribution, but it is the coach who will have to decide. Both of us work for the good of the team. This is said all the time, on and off the field. Edi and I are two strikers, we like to score goals. We can play together if the coach decides, but it’s not up to us to make that decision. We can all be complementary in the field. But in the end, it’s the coach who decides. It’s his job.”

“We talked with Leonardo on the phone, he told me that I could become an important player on a team again because I was out at Inter. He asked me to come, help the team, he introduced me to the goals of the team. It was something very important for me, I wanted to play at the highest level. I have received many proposals from other teams, but being able to come to Paris, it does not happen every day. And what Leonardo told me was very important.”

What Does the Future Hold?

“I have to prove myself in the field. We had a good month in October, but there is so much to do. I must continue to prove myself in the coming months. We will see at the end of the season if I stay. I want to do good things, I came for that. Obviously, playing for a team like PSG is very important. It’s one of the best teams in the world. It’s a plateau in my career. I will do anything to stay here.”

Listen to the entire interview via the RMC Sport app.