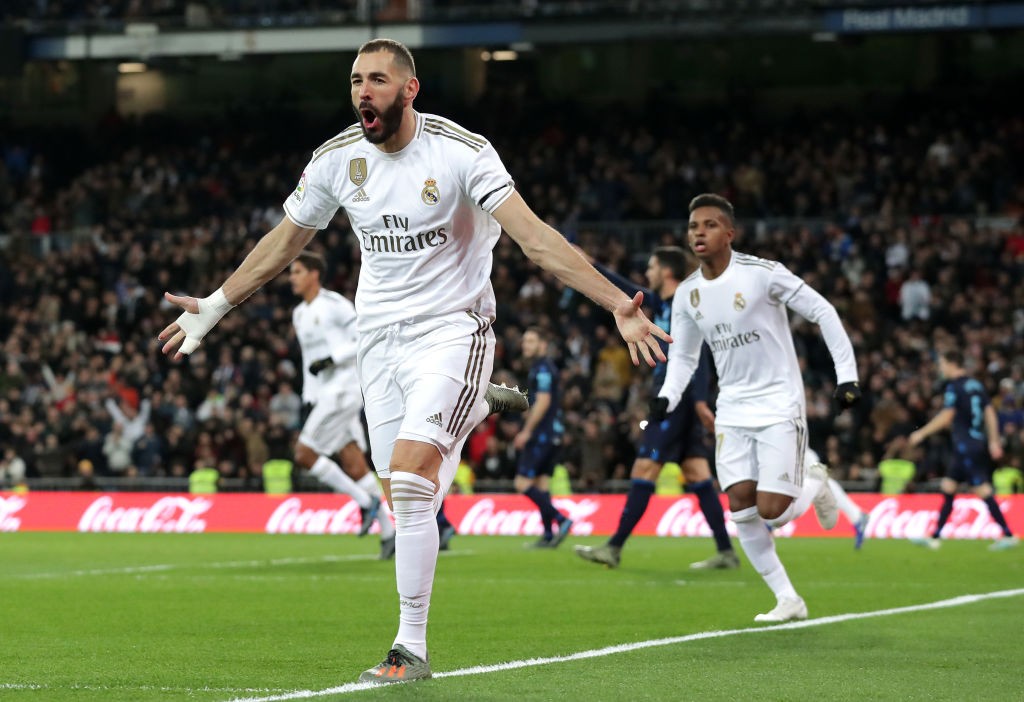 Match Preview Opinion
4 Real Madrid Players Who Could Cause Trouble For PSG
By Eduardo - 25 November 2019, 5:57

Back in September, Paris Saint-Germain made easy work of Real Madrid with a 3-0 victory at the Parc des Princes. Since that opening group stage loss, Los Blancos have found their groove. If PSG wants to walk out of the Santiago Bernabéu Stadium, then they’ll have to limit the impact of the following players for the full 90 minutes.

On offense, it starts and probably ends with Frenchman Karim Benzema. Real Madrid has relied quite heavily on the 31-year-old in the goal-scoring department. In 12 La Liga appearances, Benzema has scored 10 goals, and his scoring pace doesn’t drop off in the UEFA Champions League. Through four group stage matches, he’s scored two goals.

Benzema has put Real Madrid on his back when it comes to generating goals and that’s because there’s a significant drop off after him. The second leading goal scorer on the team is Rodrygo, with five goals between the league and European competition.

Karim Benzema's last four and a half games for Real Madrid:

In the first match against the capital club, Benzema was relatively quiet and nonexistent. The France international was held to two shots, and none were on target. It will vital for PSG’s defense to handcuff Benzema once again and force Madrid’s other players to try and beat them. That’s the best way for PSG to leave what is sure to be a hostile atmosphere with three points.

The midfield battle in the first match was won by PSG. Idrissa Gueye had a coming-out party and introduced himself to the casual football fan. The Senegalese was all over the midfield and even picked up an assist on one of the Angel Di Maria goals. If Real Madrid wants to see a different outcome, one of their midfielders will need to have this type of performance.

It will be up to Toni Kroos and Casemiro to win the battle in the midfield and both are more than capable of doing so. Kroos currently leads the club in key passes per game (3.8), accurate passes per game (59.5), and accurate long balls per game (7.5), stats are provided by SofaScore. Kroos will have to find ways to get the ball to Benzema or anyone upfront.

As for Casemiro, he will have to be all over the place for Real Madrid. If he cannot match the energy of Gueye, it will be difficult for Los Blancos to get a favorable result. Casemiro is in the top three categories in clearances, tackles, and interceptions per game for Real Madrid, which is why he could wreak havoc in the midfield if he decides that’s the way he wants to play.

On defense, Raphaël Varane will need to become more noticeable. With Neymar Jr. and Kylian Mbappé potentially being in the starting eleven, and not to mention Di Maria and Mauro Icardi who are both playing at a world-class level, Real Madrid can not afford to have Varane go unnoticeable. Varane will have to lead the defense in limiting the scoring chances PSG’s attack will surely create.

If PSG can limit the amount of impact these players have on the pitch, then Les Parisiens can once again pull off a victory against Real Madrid and clinch the top spot in Group A of the Champions League.