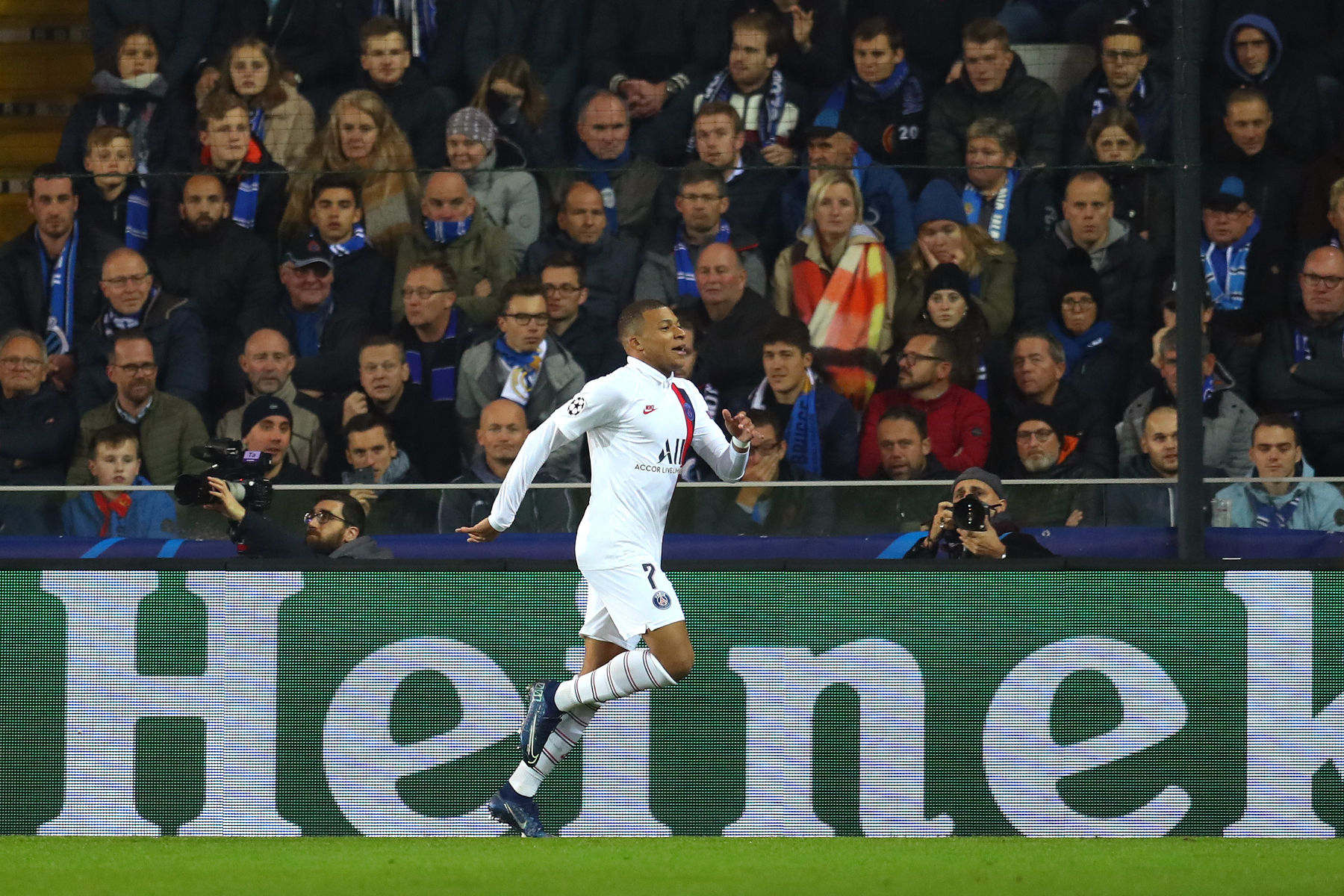 Kylian Mbappé had to wait until the 52nd minute to make his appearance for Paris Saint-Germain in the UEFA Champions League clash against Club Brugge but he didn’t waste time in announcing his arrival.

Mbappé back to scoring in the #UCL 💫 pic.twitter.com/4LxoNvr0wm

Nine minutes after coming on for Eric Maxim Choupo-Moting—who picked up a yellow and was abysmal overall—Mbappé linked up with Angel Di Maria and scored off of Simon Mignolet’s rebound.

Initially, it was Mbappé who slotted through an inch-perfect pass to Di Maria but his shot was saved by the Brugge keeper and the Frenchman just happened to be in the right place at the right time.

This is now the second time in two games where Mbappé has scored in a matter of minutes after coming on as a substitute.