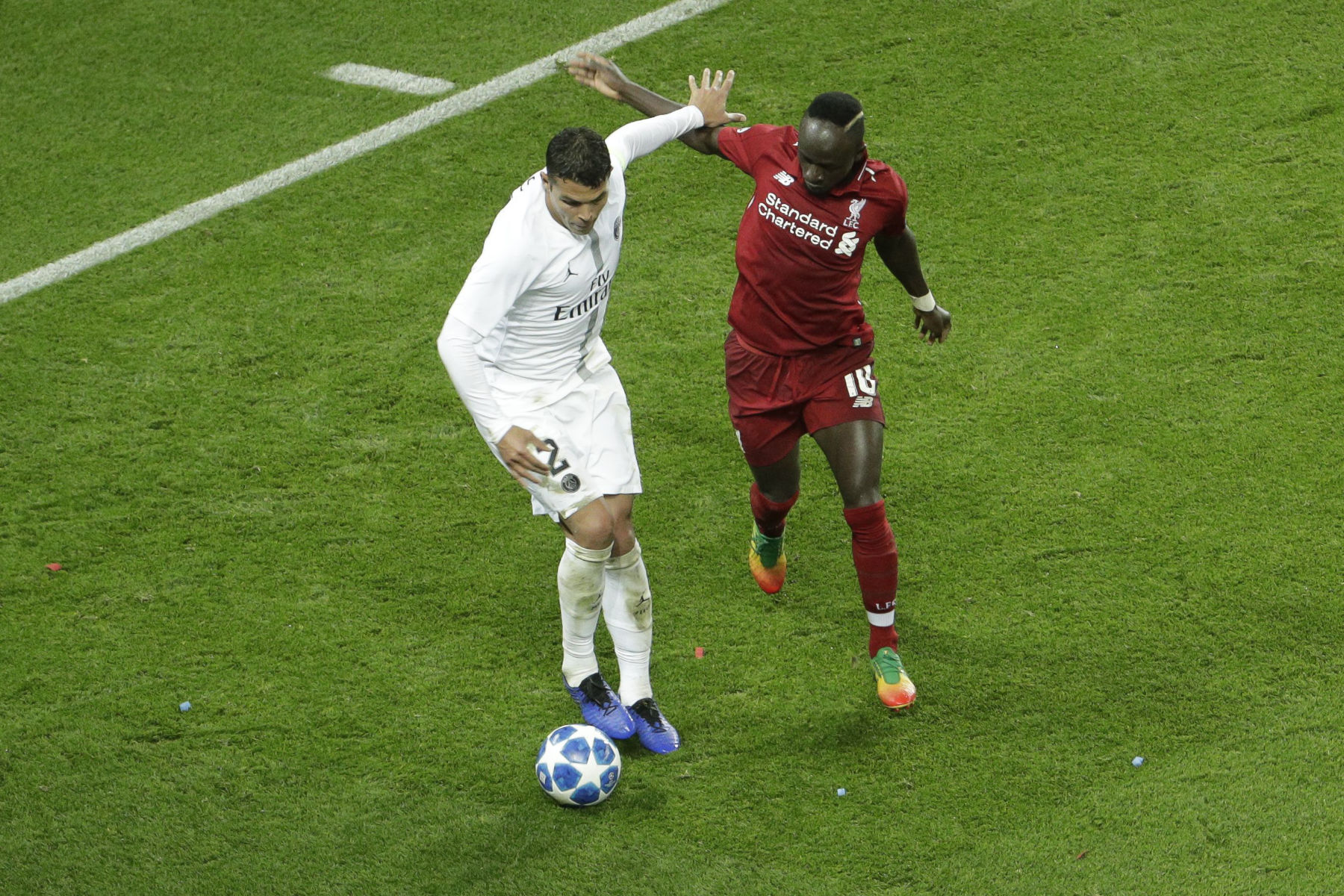 Last Thursday, Brazil played an international friendly against Senegal and in the 1-1 draw, Thiago Silva was impressed with one player in particular.

Sadio Mané was electric against Brazil. He didn’t score but he won the penalty that led to Senegal’s only goal in spectacular fashion. He raced past former Paris Saint-Germain defender Dani Alves like he was standing still and then nutmegged Marquinhos to cut inside the box where the PSG man dragged him down from behind.

1-1 now. Sadio Mane sprints past Dani Alves and Marquinhos, and was eventually fouled in the box. Famara Diedhiou converts the penalty🤩. pic.twitter.com/slc2bALCIo

It wasn’t a great moment for Alves or PSG’s Marquinhos. Both players, including Silva, should be familiar with the incredible skill of Mané. They faced him two times in the UEFA Champions League group stage last season with Mané’s Liverpool getting the best of Les Parisiens at Anfield.

After the match between Brazil and Senegal, Silva spoke to Sky Sports about Liverpool’s #10 and Maxifoot transcribed the interview.

“Sadio Mané is a world-class player. He is almost perfect,” Silva said. “He moves very fast, controls the ball well and is very intelligent in his movements.”

From Lionel Messi to Eden Hazard to Cristiano Ronaldo, Silva has battled the best attackers in football and if he’s impressed by Mané’s ability, that should tell you everything you need to know about the player. Silva didn’t stop there with praising the Senegal international and tapped him to win the most prestigious individual award in the game.

“With what he has achieved this year, I think he deserves to be in the discussion for the Ballon d’Or,” Silva said.

That’s high praise from one of the best and well-respected center-backs in the game.