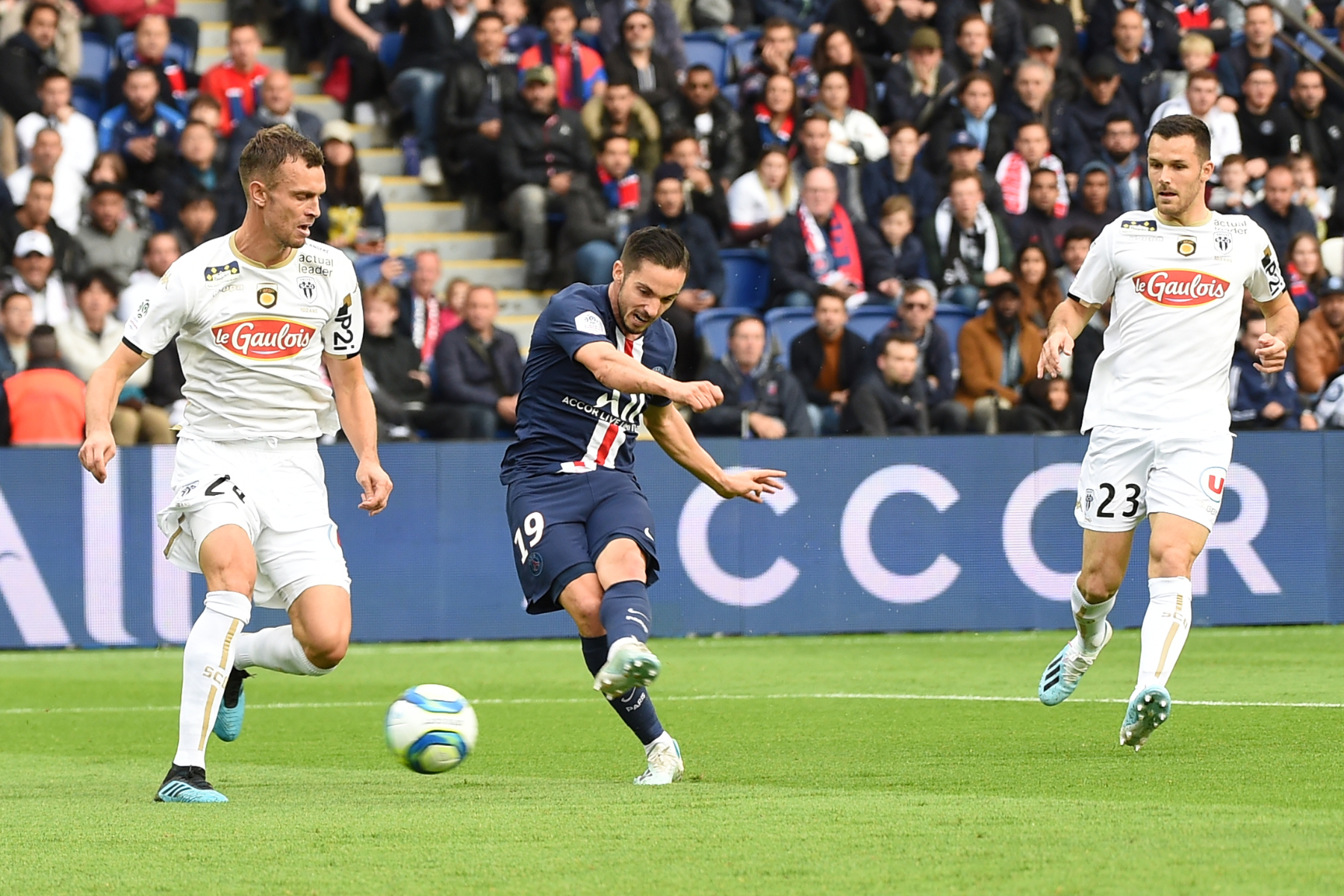 Saturday at the Parc des Princes was a coming-out party for several of Paris Saint-Germain’s summer signings. Angers SCO, who came into the day second in Ligue 1 and the top-scoring team in the league, didn’t live up to the hype and PSG handled them comfortably to the tune of 4-0.

It was a great overall team performance but it was the fresh faces of PSG that made the biggest impact. Pablo Sarabia opened up the scoring with his first Ligue 1 goal for PSG in the 13th minute to cap off an impressive week where he assisted the game-winning goal against Galatasaray S.K. last Tuesday in the UEFA Champions League. The Spain international wasn’t done there though.

In the 37th minute, Sarabia was in attack mode and once again assisted Icardi for his first Ligue 1 goal in a PSG shirt. His pass probably should have been slotted home by Idrissa Gueye but it ultimately fell to a much better goal-scorer in Icardi. Either way, after the first half, Sarabia recorded a goal and an assist, which must have felt great for him after a rough start to the season.

Sarabia’s third contribution may have been his best. The 27-year-old tried to volley a cross from Juan Bernat in the box but his shot was cleared off the line by the Angers defense. The ball rebounded right back to him though and instead of blasting another shot on target, he passed to Idrissa Gueye right in front of goal for the easy score. It was another unselfish move from Sarabia (the first being the assist to Icardi against Galatasaray) that is sure to make him a favorite in the PSG locker room. Personally, I’m still wishing his initial volley went in. It would have been a strong contender for goal of the season but he’ll take Man of the Match honors instead.

Neymar is not a new face but the fact he remains a PSG player kind of makes him like a new signing, right Arsène Wenger? The Brazilian threatened to score the entire match but couldn’t quite find the breakthrough he deserved. Neymar spent much of the game dribbling around and through defenders but took quite a beating doing so with no protection from the official. As always, Neymar had the last laugh when Eric Maxim Choupo-Moting picked out a nice through ball to Neymar who calmly rounded the keeper and passed a shot into the back of the net for his fourth in five appearances this season.

Overall, the performance was exactly what supporters were hoping to see. It’s the last match before the international break so there would have been quite the waiting period for fans to get over a lackluster effort. Thomas Tuchel was forced to make some changes to his lineup due to injury and illness, but he coped very well and the win shows just how deep this team is. As far as Angers is concerned, I’m a bit disappointed in their effort if I’m being honest. At no point did they threaten to challenge PSG and I’m not sure if it was a failure of tactics on their part or if Paris is really that good. It’s likely a combination of both.

Paris Saint-Germain will be back in action on October 18 when they will travel to the South of France to face 8th place OGC Nice. For now, we have to hope that players remain healthy during international play and that those who are recovering from an injury due so during the break so that we can see this PSG side at full strength.