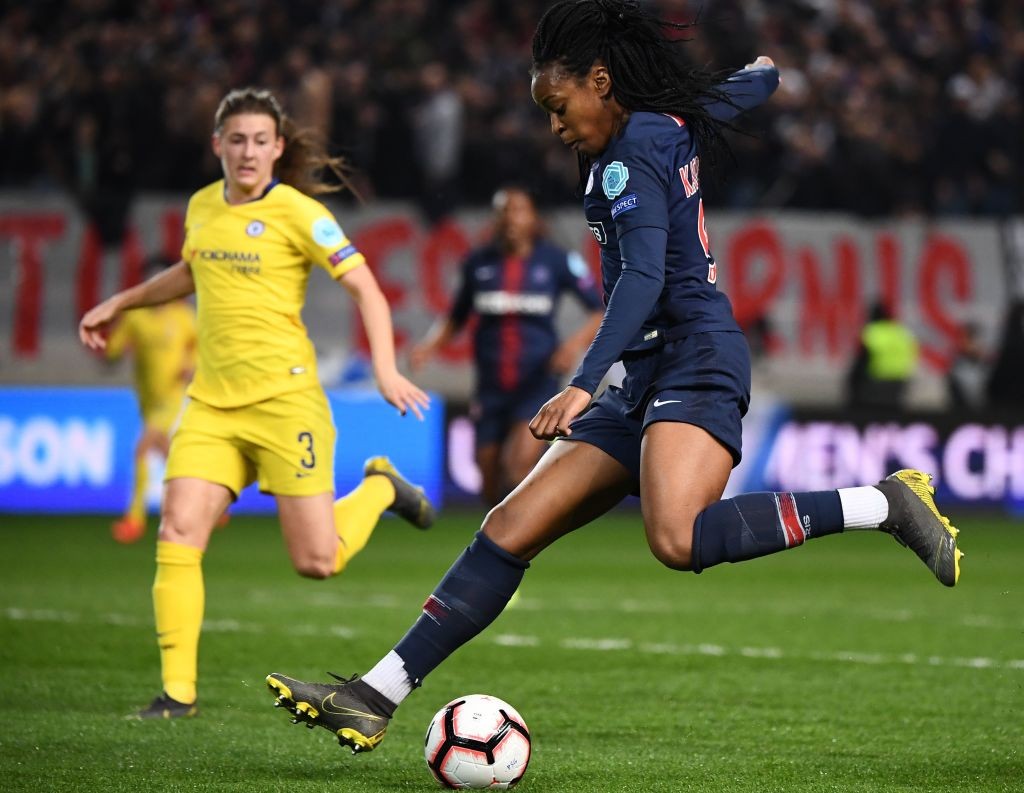 There’s no question the women’s football is a growing sport. Particularly here in the United States, thanks to the success of the women’s national team. Around the world, there are growing leagues for women to play for; clubs are taking that extra step to have a branch of women’s football within their institution. International tournaments like the FIFA Women’s World Cup occur every four years and provide interest in the sport; however, it’s up to clubs and countries to maintain momentum for the sport.

Over the summer, I wrote about Paris Saint-Germain’s involvement in women’s football. The layout of what the club has done to help grow the sport and how they can improve. One of these improvements was having some support from the men’s squad. Although it’s a little different than the idea brought up in the article, the club recently interviewed star forwards Kylian Mbappé and Marie-Antoinette Katoto. With both squads set to face Olympique de Marseille in their respective Classiques, both to reminisce about their favorite moments in the rivalry.

Nonetheless, a moment that might fly under the radar for some is the start of the video. In the opening scene, Katoto gives her thoughts on what makes Mbappé a prolific goal scorer. Then the roles change, Mbappé then provides a quick summary of why Katato is a deadly striker.

Mbappé doesn’t need the limelight, everyone who follows the sport or supports the club knows who he is; however, the casual supporter may not know who Katoto is, which is content like this is unique and sheds light on one of the stars of PSG’s women squad. Over the past two seasons, in particular, the capital club has made an effort to represent itself as an institution. It means that the club is making sure that both their men and women squad appear in any coverage or promotions.

Take the Air Jordan promotional videos and pictures as an example. PSG could easily use their stars to promote their new partnership with Jordan, but they didn’t. Along with using their star players like Neymar Jr, Marco Verratti, and Mbappé, the club inserted some of the players on the women’s squad. Grace Geyoro, Kadidiatou Diani, and Jordyn Huitema are some PSG Feminine to appear in these promo photos for the 2019-2020 Jordan line.

Furthermore, the club uses the recognizable landmark of the Eiffel tower to its advantage. When they announced Sara Däbritz over the summer, they made sure that the tower was in the background. Then last month, they went to do some training. The squad trained, but more importantly, made themselves visible to everyone, whether they’re Parisiens or tourists. The die-hard PSG supporters know of the team, but it doesn’t hurt to grow their reach to the casual fans and tourists who may not be aware that they exist.

When it comes to exposing the matches to the public, PSG makes sure that the women’s squad matches are easily accessible. Usually, their league matches can be found via their website since it’s streamed there. Now for more significant games such as those against Olympique Lyonnais and UEFA Women’s Champions League, the club makes sure they air on BeIN Sports.

It’s up to the clubs to make sure they help grow the game of women’s football. PSG is making sure that games aren’t only accessible but that supporters see the faces and know the names of the players on the pitch. Personally would enjoy seeing crossover content displaying some of the personalities on the teams. Nonetheless, spotlighting two stars like Mbappé and Katoto to intertwine both squads is an excellent start.