Much has been said about Neymar Jr. and his feelings towards the city of Paris and French culture since he pushed for a transfer to FC Barcelona last summer and even offered to pay part of the fee out of his own pocket according to L’Equipe.

Neymar has been called “disrespectful” for not learning to speak French by Frank Leboeuf and according to ESPN FC‘s Paris Saint-Germain correspondent Jonathan Johnson, the Brazilian struggled to adapt to life in Paris after making his world-record transfer move to the French capital.

Then there’s the report from Diario AS, which indicates that several WhatsApp messages sent by Neymar to former teammates at the club were used by Barcelona executives to convince Frenkie de Jong to sign with the Catalan club over PSG. In those messages, Neymar allegedly complained about the lack of competition in Ligue 1 and the weather.

This season though, Neymar has gotten off to a fast start, scoring four goals in five Ligue 1 appearances and winning back some of the PSG fans who were ultra-critical of him at the start of the season. Unfortunately, supporters will have to wait about a month to see him score more goals as he injured his hamstring with the Brazil national team while on international duty according to the club’s official website.

During his recovery, Neymar has remained active on social media and a string of posts recently show the 27-year-old laughing with teammates with a sparkling Eiffel Tower in the background. It certainly looks like he’s enjoying his time in Paris. 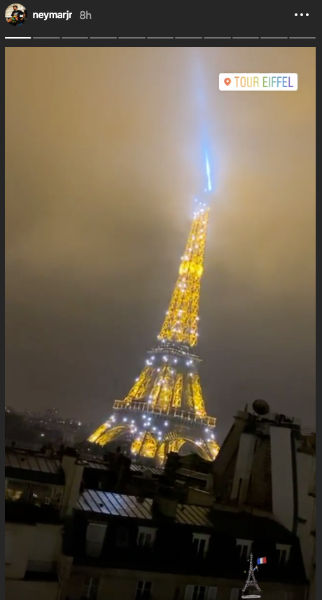 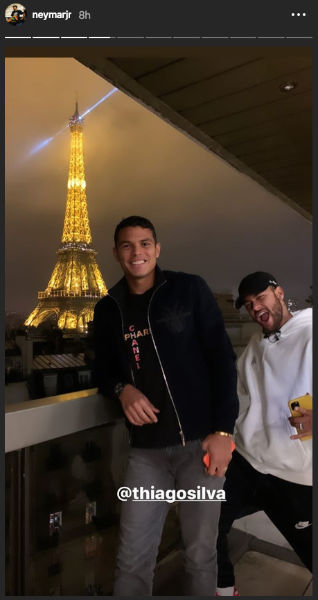 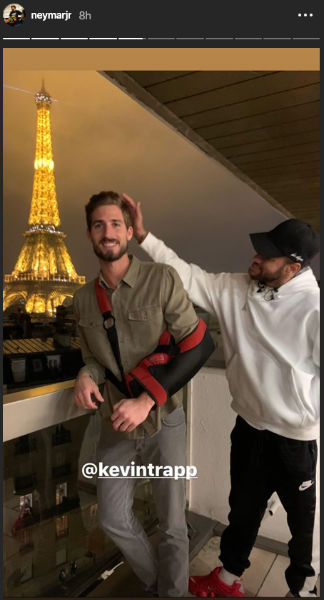 Neymar currently finds himself in a difficult position. With yet another injury, clubs are wondering if he’s worth PSG’s very high asking price. Mundo Deportivo recently reported that some Barcelona executives prefer to allow 16-year-old phenom Ansu Fati to develop and move on from a potential Neymar signing. Real Madrid would likely prefer to sign Neymar’s teammate, Kylian Mbappé, next summer. It’s a good thing Neymar is starting to enjoy life in Paris, he may be there longer than he anticipated.