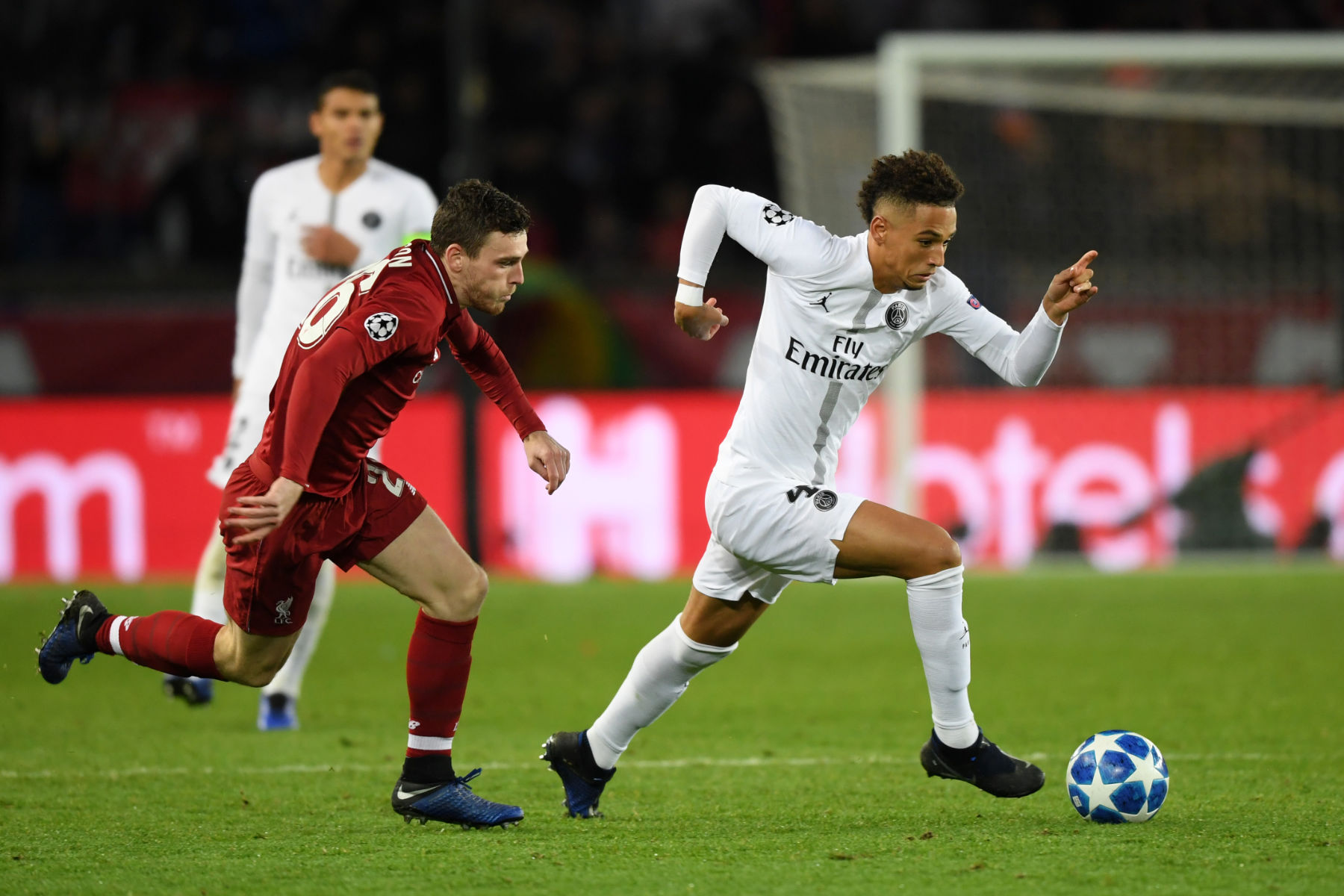 Thilo Kehrer arrived at Paris Saint-Germain in 2018 for €37 million from FC Shalke 04 and performed well during his first season with the capital club. He made 40 total appearances in all competitions, including 7 in the UEFA Champions League. Unfortunately, the German’s sophomore season in Paris isn’t going as well due to injury.

The 23-year-old is currently battling a foot injury, which has kept him out since August 12, 2019. Not a lot of information has been revealed about the center-back’s injury but he did recently travel to Qatar for further evaluation according to the club’s official website and hopefully, we see Kehrer back in action for PSG soon.

The Germany international was pictured in training on Thursday but earlier in the week, he spoke to Kicker about several topics, including his integration at PSG, Tuchel’s role in bringing him to France, the PSG locker room, and the UEFA Champions League. Culture PSG translated the interview and here are our favorite quotes from Kehrer:

The different clans in the locker room

The Germans are the most popular in the locker room. We are all very open, we are also very tolerant, like the others. What does it look like? From my point of view, there are no tensions at all. In general, the atmosphere internally is very very good. There have never been any problems between us, not the slightest fight. Everything is going normally.

Tuchel’s role in his coming to PSG

Tuchel played a big role, he was the first to contact me. He explained his ideas to me and how he planned to build his team. He introduced me to what kind of players he was looking for. His aspirations corresponded to what I wanted for my future.

Ligue 1 weaker than the Bundesliga?

I would not say that. I see these two championships at the same level, the characteristics are different. In the Bundesliga, I see more tactical discipline. In Ligue 1, there are more individualities and technicians. The football practiced is more physical here (in Ligue 1).

Note: Kehrer played for Schalke for three seasons before leaving for PSG.

Will PSG be able to pass the quarter-finals of the Champions League?

We would do well to focus less on distant goals. We should focus first on the collective. First, we want to build something stable and strong, a resilient team. Then we can talk about the Champions League again.

How did the Neymar affair affect the stability of the team?

It did not make me hot or cold. It has become a trend in recent years to sell big stories around transfers. Of course, the media are all hot for that. I did not even care. I only came to training and saw: Neymar is there. That’s all I had to say.