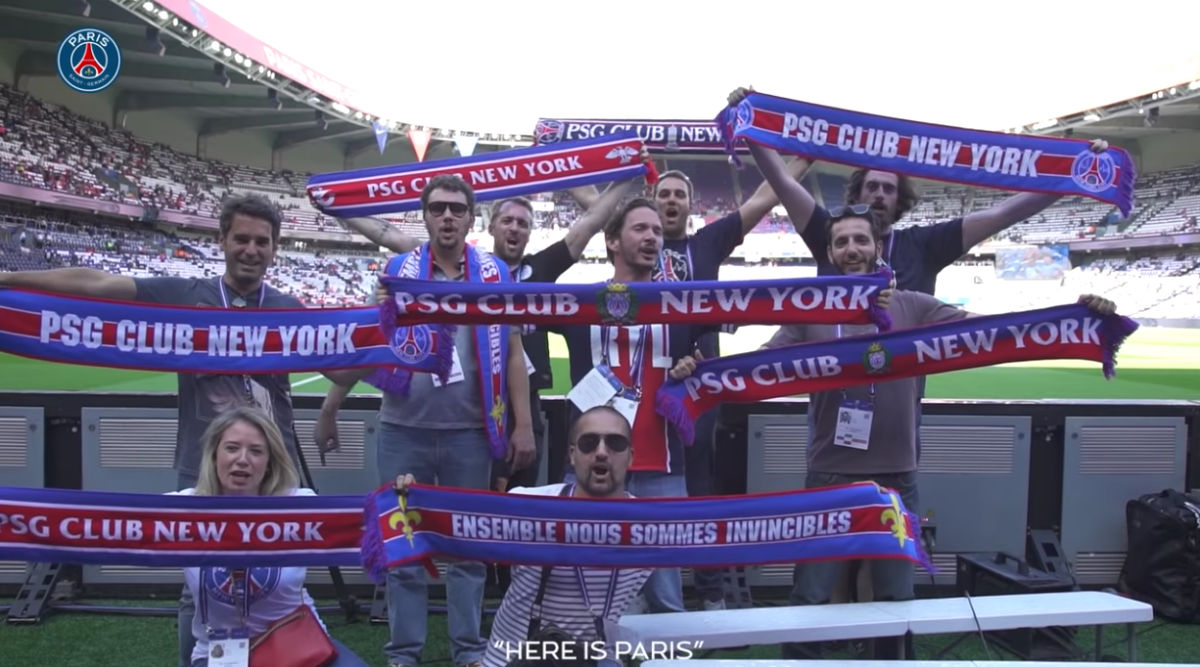 Fans are the lifeblood of a football club. They are the ones who support the team regardless of the result and provide an electric atmosphere inside the stadium. The biggest clubs in the world, though, have fans who cheer on their behalf around the world and not just in the city where they’re from.

For a club founded in 1970, Paris Saint-Germain has built up a large global following in just 49 years of existence. The PSG Ultras are at every match and we saw last year just how they can take over a city for a big UEFA Champions League match.

Joining in the Ultras chants and songs—even if they can’t hear them—are fans around the world who belong to one of PSG’s many fan clubs. A quick scan of the interactive map and you’ll find fan clubs in nearly every corner of the globe, from Los Angeles to Tokyo. One of the most well-attended and active fan clubs is PSG Club New York City, and several of their members recently attended a match at the Parc des Princes where they were granted access to the pitch and received a custom-made jersey.

Most major cities have a fan club already established but if you live in an area where you know there are PSG fans but no club, you can start your own! All you have to do is fill out this form and email it to the address listed at the bottom of the PDF. If you meet all of the criteria, someone from the club will be in touch about next steps. It’s that simple.

As I’ve learned since creating PSG Talk, supporting Paris Saint-Germain is much more enjoyable when you’re surrounded by people who love the club just as much as you do. Consider joining or creating a fan club and remember, together we are invincible!