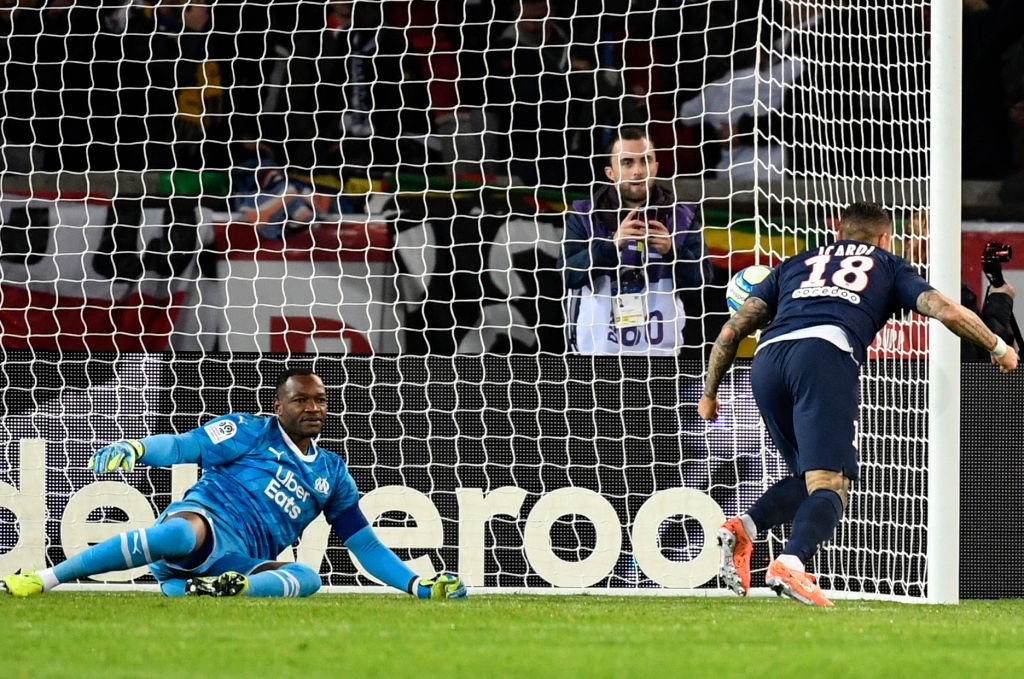 Match Recap
First Half Analysis and Reactions to Le Classique
By Eduardo - 27 October 2019, 21:03

Well, it might become a tradition as for the second year in a row, the ultras rolled out another tifo inspired by the anime. Before the match against Marseille, the ultras displayed a tifo of Shenron dragon with the dragon balls that have the years in which PSG won the league.

On the pitch, PSG showed that they are on another level compared to Marseille. Mauro Icardi was playing like a man possessed in the first half. The Argentine would score two goals and made his presence know in his first Classique.

Icardi’s first goal came off a cross from Ángel Di María, but after failing to do so off a header, Icardi stuck with the play and scored off the rebound. For his second goal, Icardi scored off a header this team with an excellent pass from Marco Verratti.

Icardi 6 goals in his last 5 games

The scoring didn’t stop there, Kylian Mbappé proved that he was healthy, scoring his own two goals. His first was a simple tap-in finishing a pass from Di María; however, the second goal, Mbappé, was able to score from outside the box and give PSG a commanding 4-0 lead.

Here some reactions to the match so far from people using the hashtag “#PSGOM” on Twitter:

Head back here for analysis, recaps, and reactions once the match concludes.