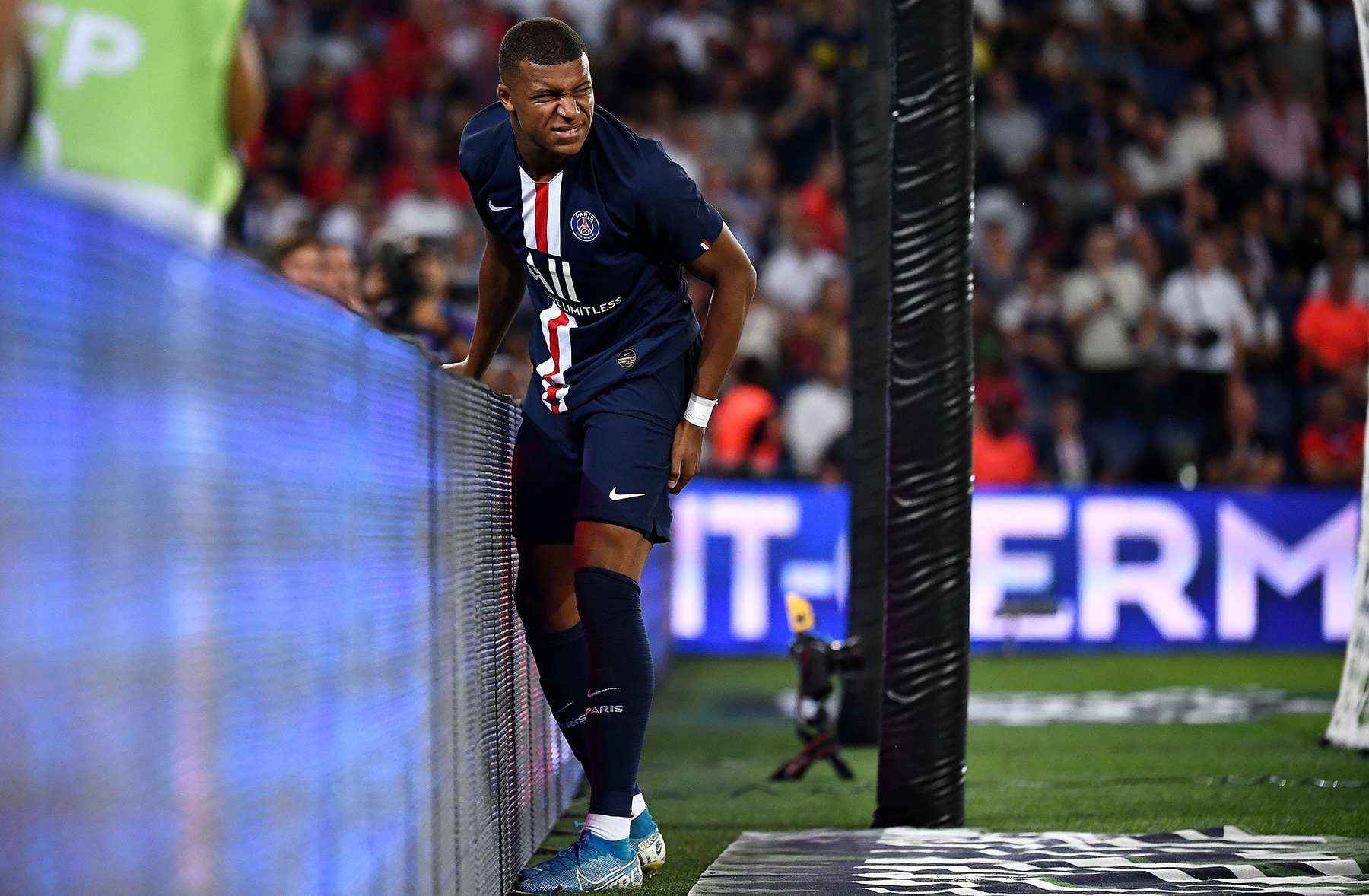 When Thomas Tuchel announced his starting XI for the match against Girondins Bordeaux, some questioned why Kylian Mbappé was left on the bench. The 20-year-old suffered a hamstring injury on August 25 while making one of his patented sprints towards the goal in a match against Toulouse FC. He immediately clutched his leg and signaled for a substitution. The initial expected recovery time was four weeks but the match against Bordeaux came nearly five weeks after the injury. In a video released by the club today, we learn a little more about why Mbappé needed extra time and what he went through to recover from a significant muscle injury.

The start of the video is pretty jarring if you’re a PSG supporter. Mbappé describes accelerating on a counter-attack and then not being able to continue running. For a player who is so reliant on his blistering speed, this is not something you want to hear them say. The pain was apparently so unbearable that the Frenchman had to use crutches for four days before starting treatment. Of course, the life of a footballer never slows down and he had to use the crutches or be driven around to satisfy media and sponsorship requests.

In the video, Mbappé is often shown in the training room with Julian Draxler and Edinson Cavani, two players working on making their return to the squad as well. With some custom shoes with handwritten messages on them, Mbappé begins treatment. What’s most striking throughout the video is how someone as young as he understands the importance of being patient when it comes to an injury like this. He didn’t set a deadline to return to playing that was sooner than what the trainers had said and from the outset, Mbappé wanted to recover the right way. As he says in the video, the early part of the season is really the only time you can take your time to come back right and avoid being in the training room in the future.

As someone who has had a bad knee injury playing football and gone through physical therapy, I can assure you that while Mbappé is joking and having a good time in the video, going through this kind of recovery is brutal. I wasn’t interested in any of the process during my recovery. I just wanted to get through it as fast as possible. Of course, Mbappé is totally different. He knew all of the milestones he needed to hit and why they were important:

First, you have to have treatment, because there is the injury, and that has to heal. Then you have to stretch the scar tissue to try and make the chance of you suffering as small as possible. Then, we start to reinforce it, and to test it. You have to see if it can withstand the workload, especially at high intensity as I make a lot of high intensity runs in my game.—Kylian Mbappé

One of my favorite parts of the video was when Mbappé finally made it back out on the training pitch with his running mate Neymar Jr. and the rest of the team. The video concludes with the game against Bordeaux where Mbappé comes on in the 60th minute for Pablo Sarabia and immediately makes an impact by setting up Neymar for the game’s only goal. After seeing all that he went through to recover from the hamstring injury, you can’t help but feel great for the kid for putting in the work so that he could return and contribute.

On Tuesday, PSG faces Galatasaray S.K. in Istanbul and one would have to imagine that Mbappé will start after proving he could play at a high level for 30 minutes against Bordeaux. Or, Tuchel may decide to bring him off the bench once again and protect his star for at least one more game. It will be interesting to see which decision he makes.