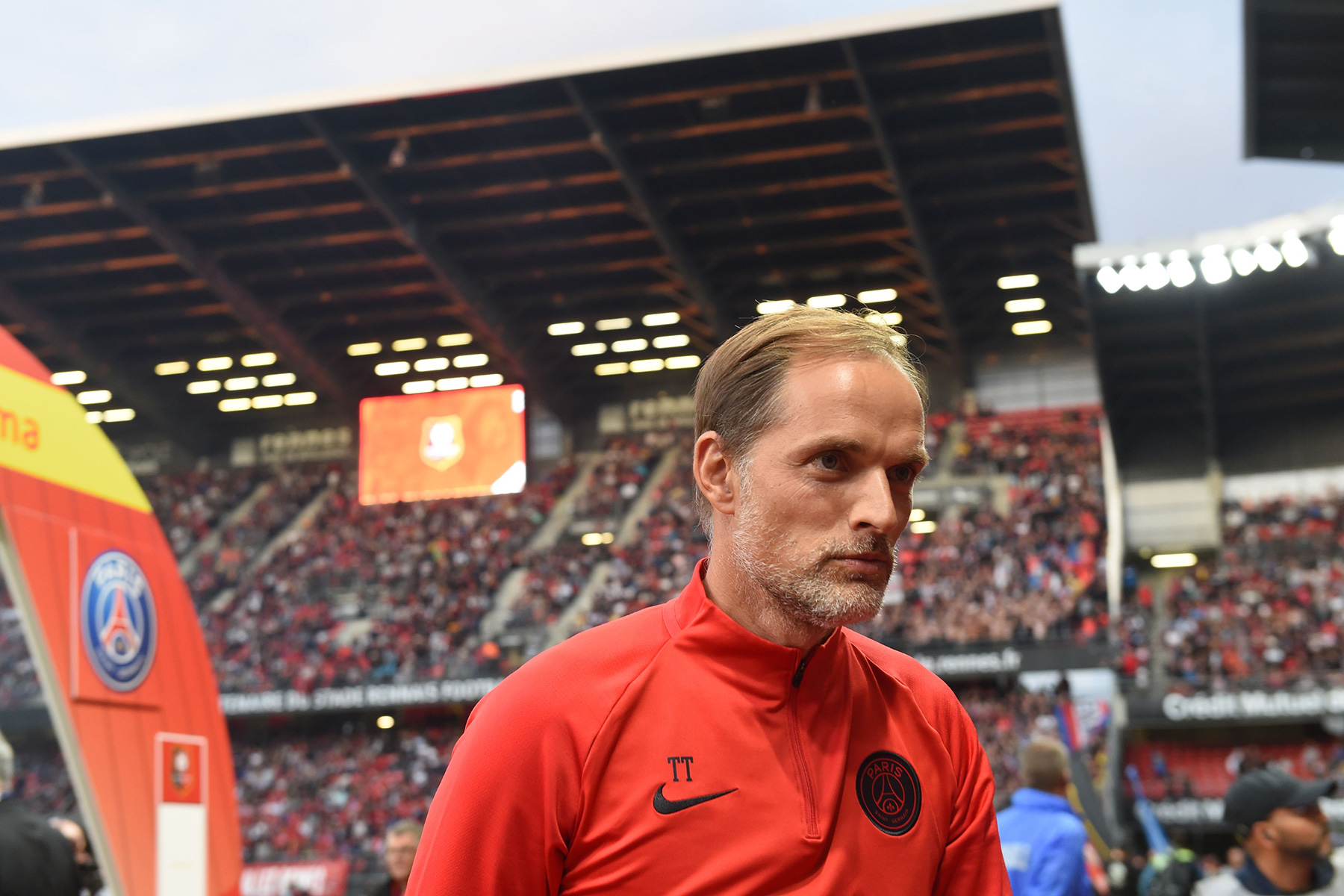 After the second round of games in Ligue 1, Paris Saint-Germain finds themselves in unfamiliar territory. Following a lifeless 2-1 defeat to constant pain-in-the-ass Stade Rennais, PSG sits in eighth place in the league table behind Toulouse FC, Stade Reims, FC Metz to name a few.

Paris arrived at Roazhon Park Sunday evening having won 15 of their last 16 August fixtures in Ligue 1 but few supporters felt confident facing Julien Stéphan’s squad. Rennes, along with Olympique Lyonnais, are the two clubs who have beaten the reigning French champions the most over the past 10 seasons and from the opening whistle, the hosts took the game to PSG.

Rennes were quicker to every loose ball and played with a free-flowing mentality that created more goal-scoring opportunities. Sure, PSG had the majority of the possession, but it’s what you do with that possession that matters. Rennes recorded 11 total shots (4 on target) while PSG had 61 percent possession and only 9 total shots (2 on target). As much as Thomas Tuchel’s men were outplayed, PSG did somehow find themselves in the lead after a brief period of comical passing out of the back that led Edinson Cavani pouncing on a loose ball in front of goal to open up the scoring in the 36th minute. That was as good as it got for PSG.

L’Equipe’s Ligue 1 team of the week from the 2nd round of matches. Unsurprisingly, no PSG representatives. pic.twitter.com/bRuOeRQkCG

M’Baye Niang equalized right before halftime on an absolutely brilliant goal. The Senegal international was provided too much space in the box and expertly turned and fired a low shot past Alphonse Areola. There wasn’t much the goalkeeper could have done, although he did receive some blame on social media, it was the relaxed defense of Juan Bernat (allowed the cross into the box) and Marquinhos who went for Niang’s fake and was left in the dust.

After halftime, you would think Tuchel would have fired up his team and PSG would come out with a purpose. The exact opposite happened. Rennes nearly scored in the opening minutes of the second half and then finally took the lead for good in the 48th minute thanks to a Romain Del Castillo header from a superb pass from 16-year-old Eduardo Camavinga. The young kid outplayed PSG’s midfield the entire 90 minutes and was the man of the match. After going down 2-1, Paris never looked like they were going to rebound. In fact, they spent more arguing with the referee and complaining about missed calls then they did actually stringing together waves of attack to pick up a point on the road.

It was difficult to create space, because Rennes got a lot of men behind the ball in their 5-3-2. They ran a lot and gave everything to be able to match us. We had trouble finding space between the lines and on the flanks.—Thomas Tuchel, PSG.fr

It was a frustrating result that we’ve seen all too often going back to late last season. PSG have now lost five of their last six away matches in Ligue 1 under Tuchel’s leadership and while Neymar Jr. was left out of the squad against Rennes due to his transfer situation, there’s no excuse to be completed dominated by a team whose best player should be a junior in high school.

Let’s look at the facts. Last season, Tuchel won Ligue 1 but failed to win either of the domestic trophies—including a loss to Rennes in the Coupe de France final. He also failed to reach the quarter-finals of the UEFA Champions League after losing to a depleted Manchester United side at the Parc des Princes after having a 2-0 lead. Other PSG managers have been sacked for less.

Another fact is that Tuchel was not hired by new sporting director Leonardo. Given that Leonardo’s success is largely dependent upon how the team performs, he may want to bring in his own manager to lead the way instead of a leftover coach from the previous regime. After the first two games of the season, it’s becoming difficult to defend Tuchel. Two of PSG’s four total goals were complete flukes (a VAR decision that led to a penalty and the back-pass from Rennes). In both matches (Nîmes Olympique and Rennes), PSG was outplayed for extended periods. The football hasn’t been inspiring and if you were to ask me what the identity of the team is, I would have a difficult time coming up with an answer.

Do you want José Mourinho to manage PSG this season and replace Thomas Tuchel?

As much as Tuchel’s seat may be heating up, I do think it would be foolish to say auf wiedersehen to the German tactician. There are still players that need to reach full fitness and be implemented into the squad, Idrissa Gueye, and Ander Herrera for example. I believe you have to give Tuchel the group stage of the Champions League to prove himself. Obviously, if the team fails to qualify for the knockout stage he will be sacked shortly after. If the team squeaks by and finishes second in their group, maybe you look to bring in a manager like José Mourinho to light a spark in the locker room for a deep Champions League run. The accomplished Mourinho clearly misses being involved with the game and has experience winning titles and managing star players like Kylian Mbappé and Neymar. He comes with a lot of baggage as well so it will be a calculated risk and PSG would be wise to have an exit strategy.

Paris welcomes Toulouse to the Parc des Princes on Sunday and hope to bounce back in a big way. Tuchel could shake things up a bit with his lineup and we may have more clarity on whether or not Neymar will be a part of the team this season. One thing is for certain, another uninspiring performance like this and the Ultras may turn their hostile chants from the Brazilian to Tuchel and the rest of the team. Time is ticking to turn things around.

We’ll have more on this result and Tuchel on our various podcasts so make sure to visit the PSG Talk Podcast Network page and subscribe.